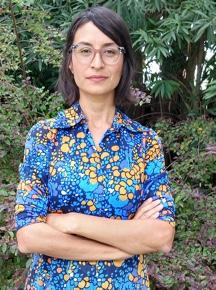 Her fiction and nonfiction have appeared in numerous publications, including Zyzzyva, Alta, BOMB, Huizache, and the Los Angeles Review of Books. She is the co-editor of East of East: The Making of Greater El Monte and Senior Writer at the Tropics of Meta. Carribean is the Coordinator of the Kingsley and Kate Tufts Poetry Award at Claremont Graduate University, and she lives in the San Gabriel Valley in LA County.