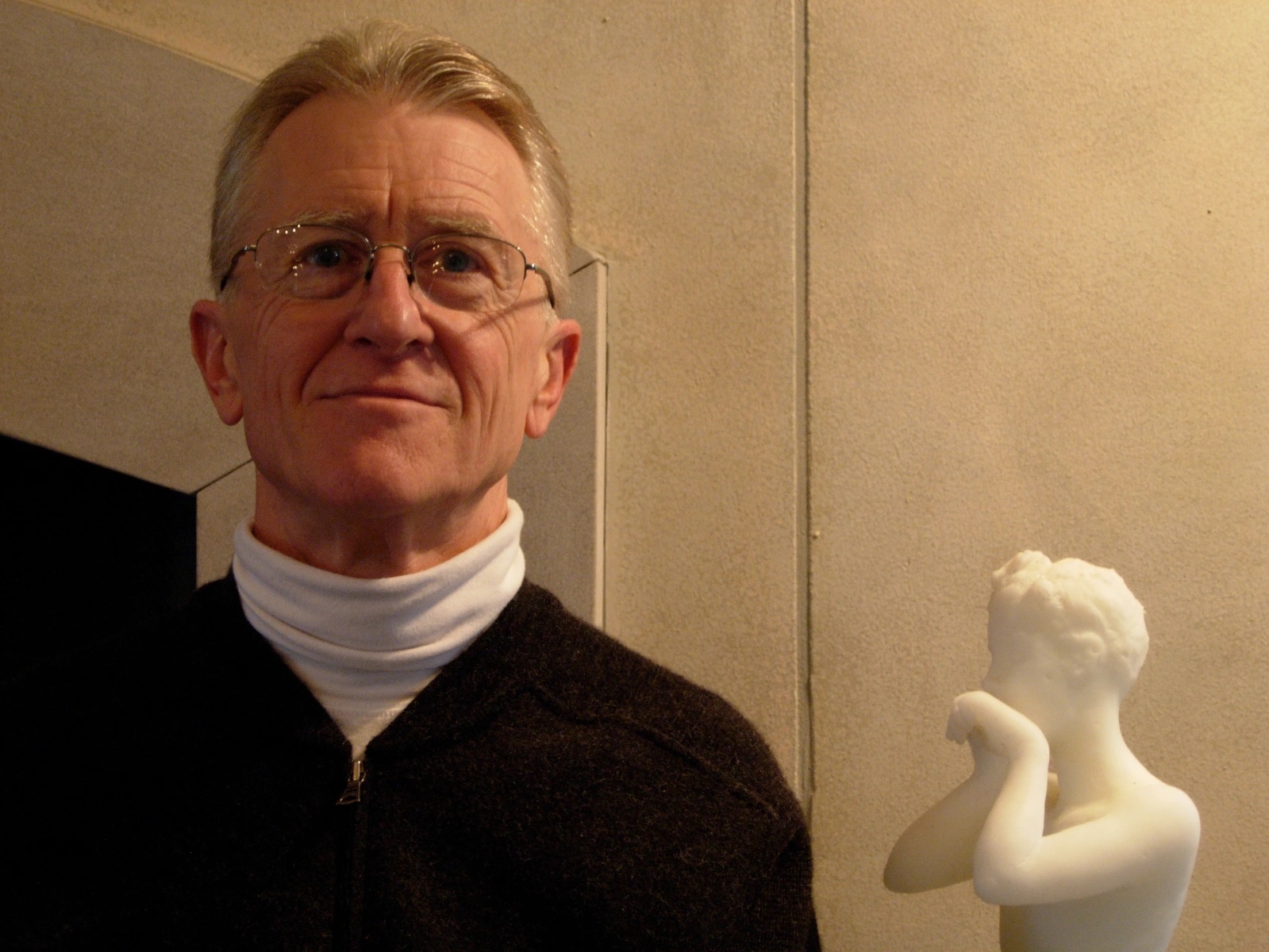 Curtis White is a novelist and social critic whose works include Memories of My Father Watching TV, The Middle Mind, and, more recently, The Science Delusion, We Robots, and Lacking Character. His essays have appeared in Harpers and Tricycle. He taught English at Illinois State University. He is the founder (with Ronald Sukenick) of FC2, a publisher of innovative fiction run collectively by its authors. He lives in Port Townsend, WA.

City Lights is celebrating the release of Transcendent: Art and Dharma in a Time of Collapse with a virtual conversation between Curtis White and Cheston Knapp on Monday, January 23 at 6 PM PST.

I am in Port Townsend, Washington, out on the tip of the Olympic Peninsula. PT, as we call it, has the feel of a big city neighborhood that has somehow drifted out into the forest boonies.

I am deeply enjoying in my late years the consoling nearness of what Jack Kerouac called the transcendental IT. IT in a sax solo, IT in a Mahler song, IT in one of Daumier’s Quixote paintings. But also the IT of the nearness of spirit in Buddhist Dharma, which was, after all, what Kerouac and Gary Snyder and so many other poets like Blake and Whitman, like Rilke and William Butler Yeats, were on to. In the spirited tradition of City Lights!

What a welcome question. So many debts. I learned to love the sentence, its vagaries, its nuances, from Henry James. I learned about the music of language from Wallace Stevens. I came to understand the playfulness at the heart of fiction from Laurence Sterne’s Tristram Shandy. Transcendent was greatly influenced by the Marxist art critic John Berger. His perceptions about art are unerring and full of a very human passion for the truth, especially the truth about the brutal world outside of art. Berger was the first critic to show me how “standing wordless” in front of a Rembrandt was not about dry appreciation, it was about spirit. His criticism was always alive and unpredictable in the way that the best art is.

I read a lot so “right now” can be a list. Right now I am reading Thomas Merton’s The Seven Storey Mountain, a book about his spiritual growth, like Dante’s La Vita Nuova. I am not a Christian but Merton’s openness and his gifts as a storyteller are really worth the visit. I’d recommend that with…heartfelt reservation? I am also reading the collected teachings of Thai forest master Ajahn Chah, Food for the Heart, a thoroughly grounded and gritty and comical introduction to Theravada Buddhism. On the secular side, I’ve been reading Georges Simenon’s “roman dur,” his psychological novels and not his Maigret pot boilers. They are stunningly good, smart, revealing, and always a little disturbing. I just finished The Strangers in the House. Oh man. Next up is Martin Riker’s new novel The Guest Lecture
which features, somehow, the economist John Maynard Keynes.

There was once a coffee shop near the Haight called the Blue Unicorn. It was right down the hill from my dorm at USF. I’d stop there and have tea and listen to whoever was commanding the tiny stage. A wonderfully hippy place, the perfect aura for my bookstore. It would be a small store stuffed with personally curated books, music, and tea (Earl Grey, smokey Russian Caravan), and it would be called “The Comedian” after Wallace Stevens’s “The Comedian as the Letter C.” The best seller would be Denis Diderot’s magnificently deranged comic masterpiece Jacques the Fatalist. Ideally, I’d give copies away as customers left the store.