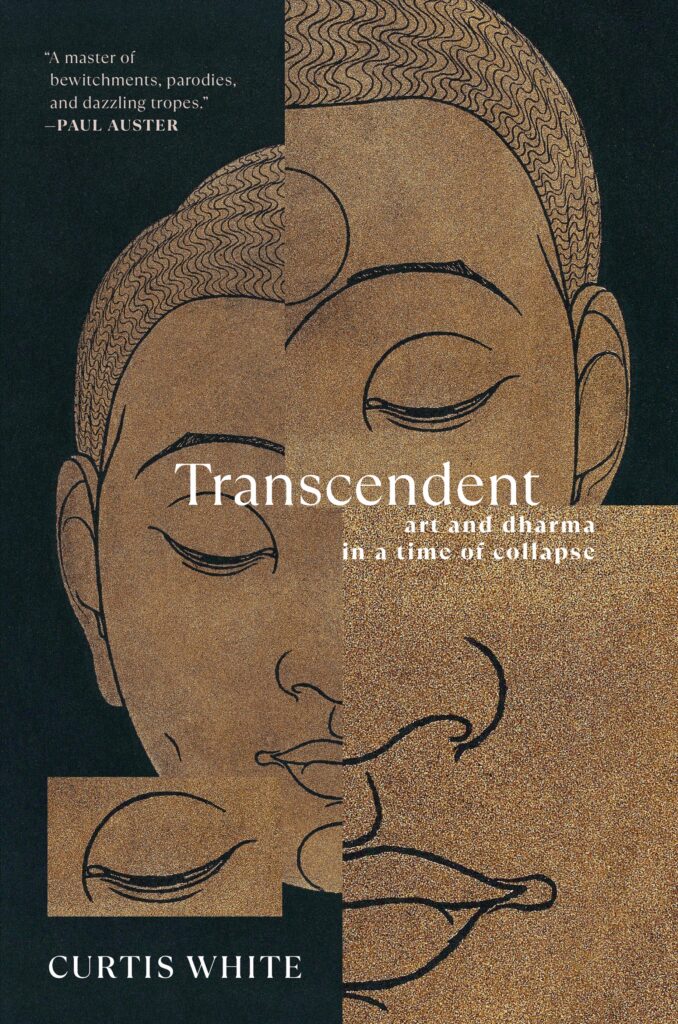 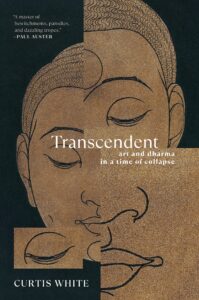 City Lights and Melville House books celebrate the launch of Transcendent: Art and Dharma in a Time of Collapse – by Curtis White – Published by Melville House

celebrating the launch of

Transcendent: Art and Dharma in a Time of Collapse

In Transcendent, celebrated cultural critic Curtis White, asks what Buddhism will look like in the future. Do we want a secular Buddhism that looks like corporations and neuroscience? Or do we want a Buddhism that still provides refuge from the debased world of money and things? Transcendence is not about magic realms where spirits fly about; the world is, as Shunryu Suzuki put it, its own magic. We only need to reclaim it and reclaim our humanity while we’re at it.

The problem White suggests is a culture that recognizes only “things,” capitalist things and science things, and aggressively denies the idea that the world of things has a beyond. We’re told by science ideologues like the New Atheists that we live in a secular age and that philosophy is dead, and art is only an amusement, and transcendence is not wanted because science can provide all the wonder and beauty we need.

Transcendent is a call for the re-enchantment not only of Buddhism but also of our Western art traditions. White recalls the risks and the raptures of the English Romantics, Beat poets, and the children of the counterculture, all in the name of a living world, and in defiance of our current world of climate catastrophe, contagious disease, and social collapse.

Curtis White is a novelist and social critic whose works include Memories of My Father Watching TV, The Middle Mind, and, more recently, The Science Delusion, We Robots, and Lacking Character. His essays have appeared in Harpers and Tricycle. He taught English at Illinois State University. He is the founder (with Ronald Sukenick) of FC2, a publisher of innovative fiction run collectively by its authors. He lives in Port Townsend, WA

Cheston Knapp is a writer, editor, and photographer. He is the author of “Up Up, Down Down,” a collection of essays. He was the managing editor of Tin House magazine and the executive director of The Tin House Summer Workshop. Exhibits of his photography have appeared at Blue Moon Camera & Machine and Blue Sky Gallery in Portland OR. He makes his home with his wife and son in Portland, OR.