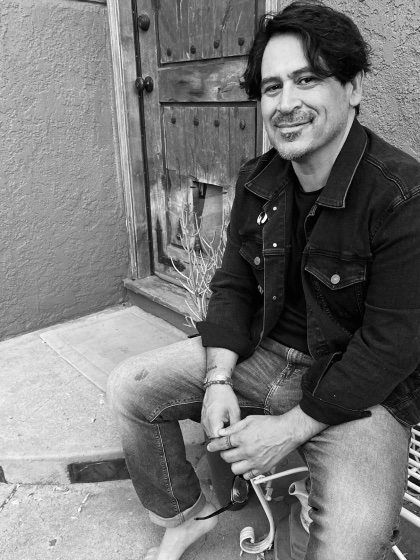 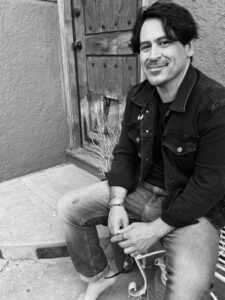 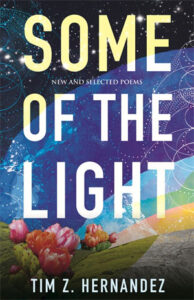 Tim Z. Hernandez reads from his new collection “Some of the Light: New and Selected Poems” Published by Beacon Press/Raised Voices Series

“Some of the Light: New and Selected Poems”

25 years of writing from one of our most gifted Latinx poets, taking the reader from his early exploration of machismo to new work on life as a single father, immigrant detention, and spiritual inquiry.

Some of the Light: New & Selected Poems gathers the first 25 years of Hernandez’s award-winning poetry, offering a glimpse at the trajectory of a rising contemplative American author.

At its core, Some of the Light contains collected poems of love, told through the lens of a single father raising two children alone in the borderlands. They are at times intimate and confessional, telescoping from personal relationships to spiritual inquiry, from human rights to the environment, while between the cracks of the poems are poetic contemplations, chronicling the passing days of the pandemic. This latest work by Hernandez reveals a writer who former U.S. Poet Laureate Juan Felipe Herrera calls “A titan—unafraid to take to the road, get his hands dirty, to fully immerse himself in the world of his subjects.”

Tim Z. Hernandez is an award-winning author, research scholar, and performer. His work includes poetry, fiction, non-fiction, and screenplays. He is the recipient of numerous awards, most notably the American Book Award, the Colorado Book Award, and the International Latino Book Award. His work has been featured in the Los Angeles Times, the New York Times, C-Span, and NPR’s All Things Considered. Public Radio International hailed his book, Mañana Means Heaven, as one of their 2013 Books of the Year. In 2011, he was named one of sixteen New American Poets by the Poetry Society of America, and most recently he was recognized for his research on locating the victims of the 1948 plane wreck at Los Gatos Canyon, the incident made famous by Woody Guthrie’s song of the same name, which is chronicled in his documentary novel, All They Will Call You. Hernandez holds a BA from Naropa University and an MFA from Bennington College, and is an associate professor with the University of Texas El Paso’s bilingual MFA in creative writing. He lives in El Paso, Texas, with his two children.

About the Raised Voices Series

Raised Voices is a poetry series Beacon Press established in 2021 to raise marginalized voices and perspectives, to publish poems that affirm progressive values and are accessible to a wide readership, and to celebrate poetry’s ability to access truth in a way that no other form can.

This event is made possible by the City Lights Foundation. To learn more visit: https://citylights.com/foundation/