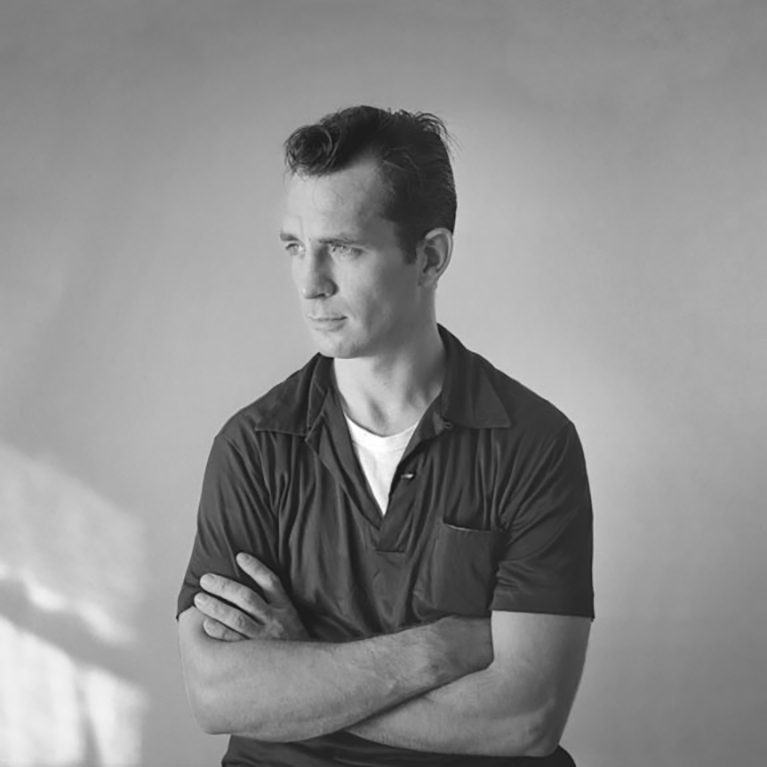 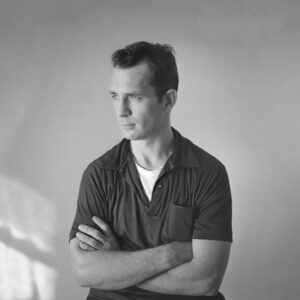 We regret to say the event is presently at capacity and we cannot receive any further registrations. We will be posting a recording of the event on You Tube in a few days. We’ll be publicizing it on our social media channels. We’d like to thank everyone for their enthusiasm toward this program. It goes to show how much interest and value people continue to find in the work of Jack Kerouac.

Join City Lights at the birthplace of the San Francisco Renaissance and the Beat movement to celebrate Jack Kerouac’s centenary, where we will give Jack the birthday present he would have wanted—an illuminating discussion of what was far more important to him than fame—HIS WRITING. Learn about books you haven’t yet read, his innovations in prose, the influence of his Franco-American background and how he discovered his unique voice. Our seven speakers have all been dedicated toward seeing that Jack Kerouac is recognized as a classic American writer.

City Light features one of the largest selection of Jack Kerouac books in the world. Check out our stock (HERE).

Here is our program:

Hassan Melehy – Jack Kerouac, Child of Immigrants – Melehy will discuss how reading Kerouac, a kindred spirit also from a New England immigrant family, led him to travel far from home, and later on to research the immense French-Canadian migration of 1840–1930 that had brought the Kerouacs to Massachusetts.

Jean-Christophe Cloutier – Jack Kerouac’s Poetics of Translation – In a 1950 letter, Jack Kerouac wrote: “The reason I handle English words so easily is because it is not my own language. I refashion it to fit French images.” Cloutier will uncover the secret history of Kerouac’s hidden French manuscripts.

Joyce Johnson – How On the Road started a cultural revolution and the price Jack Kerouac paid for it – An exploration of how the furor that greeted On the Road in 1957 still warps the appreciation of what Kerouac achieved as a writer.

Tim Hunt – It’s not how fast you type; it’s how you type: Kerouac’s Post-Print Textuality – While discussions of Kerouac typically focus on the experiences presented in On the Road, to fully appreciate Jack Kerouac’s significance as a writer, we need to turn to his experimental masterwork, Visions of Cody.

Regina Weinreich – I Am Not a Flower – What Kerouac brought to haiku and what writing haiku taught him.

Ann Douglas – Home at Christmas: Kerouac’s Poetics of Intimacy – How Kerouac used his radically innovative prose to entangle the reader not only in his life and his art but in his very bloodstream—pulling the first person “I” closer to himself in his Lowell writings than any previous American writer had done.

Ann Charters – At Kerouac‘s Centenary – In 1966, Kerouac hotwired Ann Charters’s’ career as a Beat scholar by inviting her to his home in Hyannis to give her access to his collection of all his published writings. During the two days they worked together, and in the correspondence that followed, he would answer her stream of questions about how he wrote his books.Only three years later she would find herself attending his funeral in Lowell.

With a special appearance by David Amram

About the participants:
David Amram, at 92, is still on the road, performing his musical compositions all over America and often speaking about his old friend Kerouac. In 1957, they collaborated on New York’s first jazz poetry reading, with David playing his French horn. The following year David appeared in the iconic Robert Frank/Kerouac film, Pull My Daisy, and contributed the title song. Kerouac used to call him Sunny Dave. He has been a prolific composer and his haunting scores for the films Splendor in the Grass and The Manchurian Candidate are still remembered. He has just completed his fourth memoir.

Ann Charters is professor of American Literature at the University of Connecticut at Storrs. She is a Jack Kerouac and Beat Generation scholar. Professor Charters worked with Jack Kerouac to compile his bibliography and was the only biographer who had access to Kerouac and interviewed him about the circumstances in which he wrote his books. She edited Jack Kerouac’s posthumous poetry collection Scattered Poems. She is also the editor of numerous volumes on Beat and 1960s American literature, including The Portable Beat Reader, The Portable Sixties Reader, Beat Down To Your Soul, The Portable Jack Kerouac, and in 2010 Brother-Souls: John Clellon Holmes, Jack Kerouac, and the Beat Generation, which she co-authored with her husband.

Jean-Christophe Cloutier is associate professor of English at the University of Pennsylvania. He is the editor of La vie est d’hommage (2016, 2022), which gathers the original French writings of Jack Kerouac, and he also translated into English two of Kerouac’s French novels for the Library of America’s The Unknown Kerouac. He is currently completing an extensive study of Kerouac’s oeuvre that explores the writer’s practices as a novelist, translator, and archivist

Ann Douglas received her BA and PhD from Harvard University. In 1975, after teaching at Harvard and Princeton, she came to Columbia, where she has been teaching courses on the Beats since the 1990s. The author of two books on American culture, she has written extensively on Kerouac for the NYT, The Nation and several academic periodicals, as well as writing introductions for Dharma Bums, The Subterraneans, and Joyce Johnson’s Minor Characters. She is currently Parr Professor of Comparative Literature emerita at Columbia and a member of the American Academy of Arts and Sciences.

Tim Hunt is the author of Kerouac’s Crooked Road: Development of a Fiction and The Textuality of Soulwork: Kerouac’s Quest for Spontaneous Prose. He is also the editor of The Collected Poetry of Robinson Jeffers and has published four collections of Poetry. Originally from the hill country of northern California, he was educated at Cornell University. His final teaching post was Illinois State University where he was University Professor. He and his wife Susan live in Normal, Illinois, which is not hill country.

Joyce Johnson, who proposed and put together this celebration of Kerouac’s work, was with him in 1957 at the age of 21, when On the Road was published. She has written eight books, three of them novels. Her writings on Jack include her memoir Minor Characters, which won a National Book Critics Circle Award in 1983; Door Wide Open: A Beat Memoir in Letters (2000);and her 2012 biography of Jack, The Voice Is All:The Lonely Victory of Jack Kerouac. As an editor, she was responsible for bringing out Visions of Cody, the book Jack considered his masterpiece, in 1972.

See a piece in the New York Review of Books by Joyce Johnson.

Hassan Melehy teaches at the University of North Carolina at Chapel Hill. He is the author of Kerouac: Language, Poetics, and Territory (2016), the first book-length study of Kerouac’s French-language heritage and its large role in his writing. Melehy has written several other books about French and English literature and philosophy. He is also a poet: his first collection, A Modest Apocalypse, was published in 2017.

Tony Torn is an actor and director based in New York. His more than 100 stage and screen credits include roles in Ubu Sings Ubu (which he also adapted and co-directed), Breakfast at Tiffany’s on Broadway, and multiple shows with legendary experimental theater artists Richard Foreman and Reza Abdoh. He was a founding director of Reverend Billy and The Church of Stop Shopping, and directed Door Wide Open, Joyce Johnson’s dramatization of her published correspondence with Jack Kerouac. He manages Torn Page, a private event space dedicated to his parents Rip Torn and Geraldine Page.

Regina Weinreich, a filmmaker and widely published culture critic, is the author of Kerouac’s Spontaneous Poetics (1987), one of the earliest full-scale critical studies of Jack Kerouac’s literary work. She edited and compiled Kerouac’s Book of Haikus and wrote the introduction to Kerouac’s You’re a Genius All the Time. She co-produced/directed the award-winning documentary Paul Bowles: The Complete Outsider and co-wrote The Beat Generation: An American Dream. She is Professor in the Department of Humanities & Sciences at the School of Visual Arts at the City University of New York.