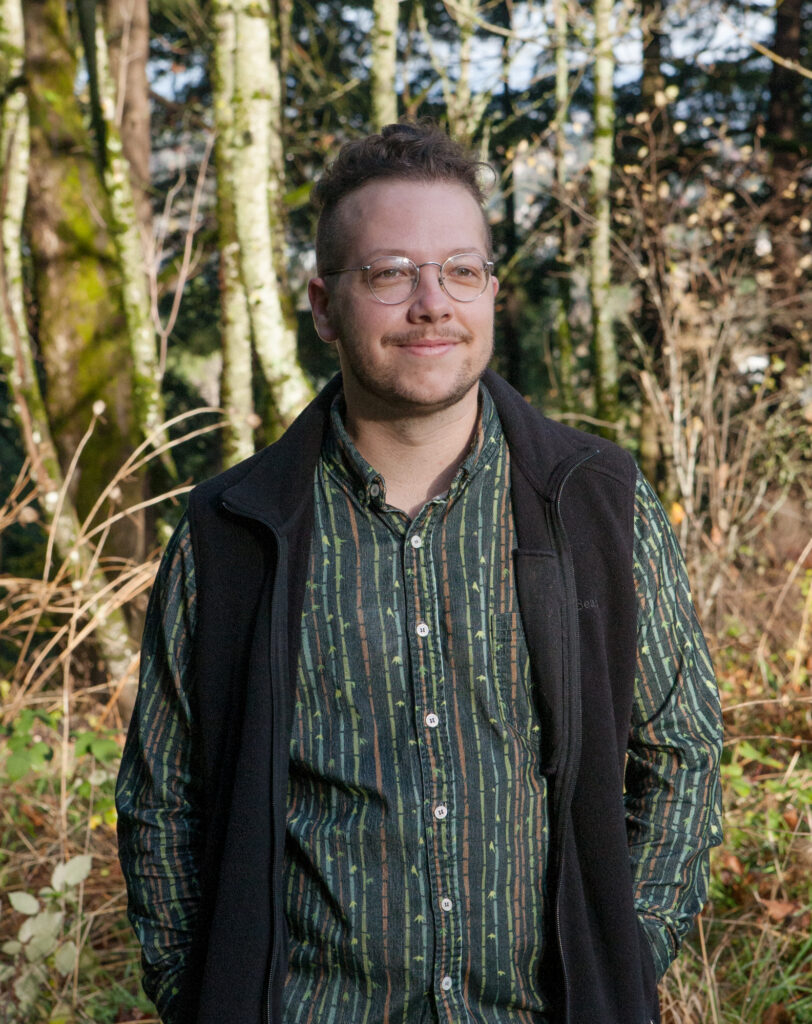 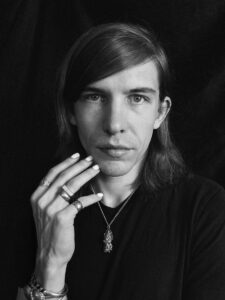 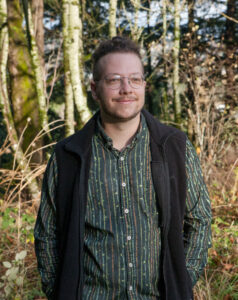 reading from and discussiong their new novel

My Volcano is a kaleidoscopic portrait of a menagerie of characters, as they each undergo personal eruptions, while the Earth itself is constantly shifting. Parable, myth, science-fiction, eco-horror, My Volcano is a radical work of literary art, emerging as a subversive, intoxicating artistic statement by John Elizabeth Stintzi.

On June 2, 2016, a protrusion of rock growing from the Central Park Reservoir is spotted by a jogger. Three weeks later, when it finally stops growing, it’s nearly two-and-a-half miles tall, and has been determined to be an active volcano.

As the volcano grows and then looms over New York, an eight-year-old boy in Mexico City finds himself transported 500 years into the past, where he witnesses the fall of the Aztec Empire; a Nigerian scholar in Tokyo studies a folktale about a woman of fire who descends a mountain and destroys an entire village; a white trans writer in Jersey City struggles to write a sci-fi novel about a thriving civilization on an impossible planet; a nurse tends to Syrian refugees in Greece while grappling with the trauma of living through the bombing of a hospital in Kunduz, Afghanistan; a nomadic farmer in Mongolia is stung by a bee, magically transforming him into a green, thorned, flowering creature that aspires to connect every living thing into its consciousness.

With its riveting and audacious vision, My Volcano is a tapestry on fire, a distorted and cinematic new work from the fiercely talented John Elizabeth Stintzi.

* My Volcano is the Winner of the Sator New Works Award.

John Elizabeth Stintzi (JES) is a non-binary and trans novelist, poet, visual artist, editor, and teacher who was born and raised on a cattle farm in northwestern Ontario. Their writing has appeared in Ploughshares, Kenyon Review, Fiddlehead, The Malahat Review, Best Canadian Poetry, and many others. JES is the author of the novel Vanishing Monuments and the poetry collection Junebat. Their work has recieved support from the Canada Council for the Arts and The Watermill Center. They have received the RBC Bronwen Wallace Award for Emerging Writers from the Writers’ Trust of Canada and the inagural Sator New Works award from Two Dollar Radio. JES was also awarded The Malahat Review’s Long Poem Prize in 2019, their novel Vanishing Monuments was shortlisted for the Amazon Canada First Novel Award, and Junebat was shortlisted for the Raymond Souster award from the League of Canadian Poets. Vanishing Monuments is also available as an audiobook, and is forthcoming (in translation) in Korea in 2022.

Callum Angus is the author of the story collection A Natural History of Transition, a finalist for both a Lambda Literary Award and the Oregon Book Award/Ken Kesey Award in Fiction. His work has appeared in Orion, The Common, Catapult, Nat. Brut, LA Review of Books and elsewhere. He is managing editor of the journal smoke and mold, and lives in Portland, Oregon.