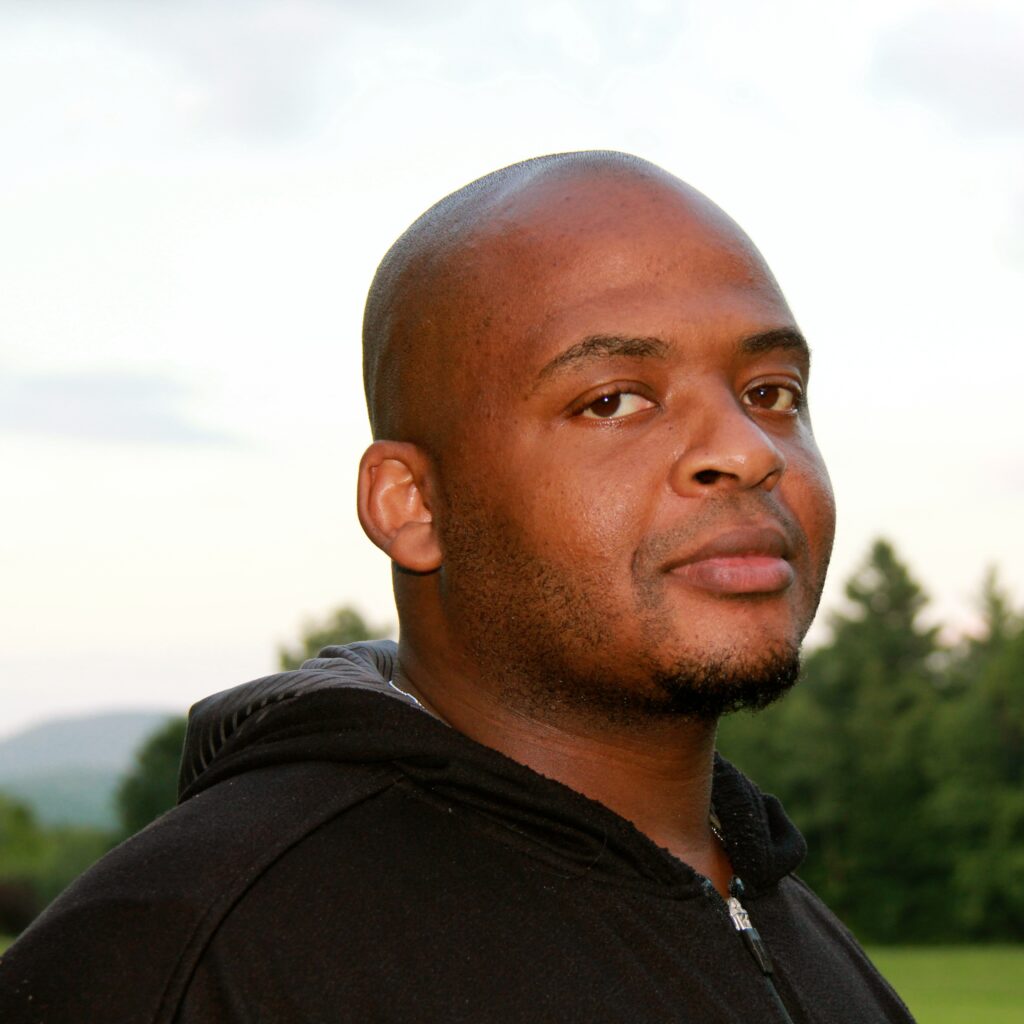 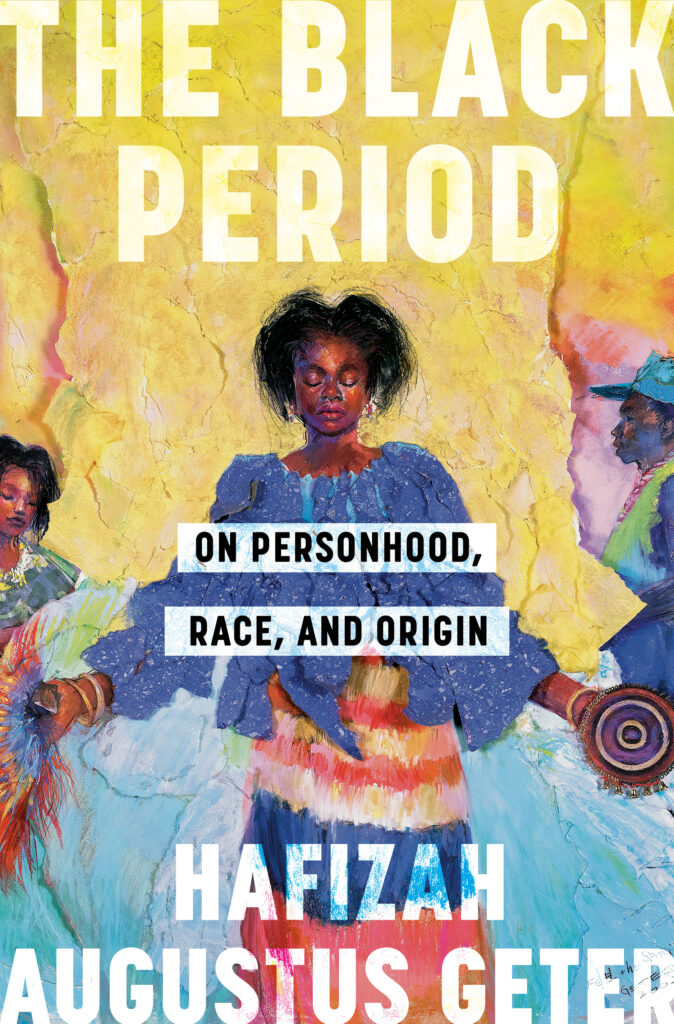 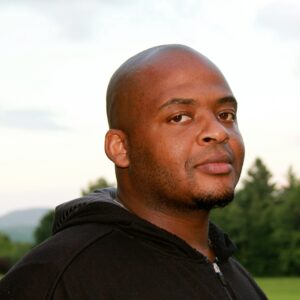 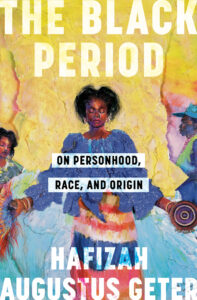 The Black Period: On Personhood, Race, and Origin

An acclaimed poet reclaims her origin story as the queer daughter of a Muslim Nigerian immigrant and a Black American visual artist in this groundbreaking memoir, combining lyrical prose, biting criticism, and haunting visuals.

“I say, ‘the Black Period,’ and mean ‘home’ in all its shapeshifting ways.” In The Black Period, Hafizah creates a space for the beauty of Blackness, Islam, disability, and queerness to flourish, celebrating the many layers of her existence that America has time and again sought to erase.

At nineteen, she lost her mother to a sudden stroke. Weeks later, her father became so heartsick that he needed a triple bypass. By her thirties, she was constantly in pain, pinballing between physical therapy appointments, her grief, and the grind that is the American Dream. Hafizah realized she’d spent years internalizing the narratives that white supremacy had fed her about herself. Suddenly, she says, I was standing at the cliff of my own life, remembering.

Recalling her parents’ lessons on the art of Black revision, and mixing history, political analysis, and cultural criticism, alongside stunning original artwork created by her father, renowned artist Tyrone Geter, Hafizah maps out her own narrative, weaving between a childhood populated with Southern and Nigerian relatives; her days in a small Catholic school; a loving but tragically short relationship with her mother; and the feelings of joy and community that the Black Lives Matter protests engendered in her as an adult. All throughout, she forms a new personal and collective history, addressing the systems of inequity that make life difficult for non-able-bodied persons, queer people, and communities of color while capturing a world brimming with potential, art, music, hope, and love.

A unique combination of gripping memoir and Afrofuturist thought, in The Black Period, Hafizah manages to sidestep shame, confront disability, embrace forgiveness, and emerge from the erasures America imposes to exist proudly and unabashedly as herself.

Hafizah Augustus Geter is a Nigerian American writer, poet, and literary agent born in Zaria, Nigeria, and raised in Akron, Ohio, and Columbia, South Carolina. She is the author of the poetry collection Un-American, an NAACP Image Award and PEN Open Book Award finalist. Her writing has appeared in The New Yorker, Bomb, The Believer, The Paris Review, among many others. The poetry committee co-chair of the Brooklyn Literary Council, she is a Bread Loaf Katharine Bakeless nonfiction fellow, a Cave Canem poetry fellow, and a 92Y Women inPower Fellow and holds an MFA in nonfiction from New York University, where she was an Axinn Fellow. Hafizah lives in Brooklyn, New York.

Kiese Laymon is the author of the bestseller Heavy: An American Memoir which won the Carnegie Medal for Excellence in Nonfiction and the Christopher Isherwood Prize for Autobiographical Prose, and the audiobook, read by the author, was named the Audible Audiobook of the Year. Heavy was named a best book of 2018 by The New York Times, Publishers Weekly, NPR, The Washington Post, Entertainment Weekly, among other publications and one of the 50 Best Memoirs of the Past 50 Years by The New York Times. Laymon is also the author of How to Slowly Kill Yourself and Others in America, a collection of essays on race, violence, celebrity, family, and creativity; and the genre-defying novel Long Division, which combines elements of science fiction, satire, and social commentary. Laymon has written for Gawker, Esquire, ESPN The Magazine, NPR, Colorlines, The Los Angeles Times, The Guardian, Ebony, Guernica, and The Oxford American, among others. NYLON has described Kiese Laymon as “one of the most dazzling, inventive, affecting essayists working today. A contributing editor for Vanity Fair, he has taught at the University of Mississippi, Vassar College and the Iowa Writers’ Workshop. He is at work on several new projects including the long poem, Good God; the horror novel, And So On; the children’s book, City Summer, Country Summer; and the personal narrative about family and Mississippi, I Don’t Know What You Mean.

About the work of Hafizah Augustus Geter

“Among the most evocative and intellectually dazzling memoirs of recent times.”—Suketu Mehta, author of This Land Is Our Land

“A book of extraordinary ambition, at once bracing, beautiful, and necessary—I couldn’t put it down.”—Meghan O’Rourke, author of The Invisible Kingdom

“A stellar example of the brilliance it requires to walk the tightrope of offering a full portrait of a life . . . a triumph of the form.”—Hanif Abdurraqib, author of A Little Devil in America

“Hafizah Augustus Geter announces herself as a storyteller, truth seeker, and pathfinder. This is a work that interrogates as it both mourns and celebrates.”—Tayari Jones, author of An American Marriage

“A brilliant evocation of artistic and political restlessness . . . a record of sustaining joy.”—Alexander Chee, author of How to Write an Autobiographical Novel

“An affirmation of the strongest sort . . . a simple and beautiful statement of our inevitability.”—Uzodinma Iweala, author of Speak No Evil

“An essential read for all of us concerned with navigating the century ahead . . . The Black Period is a triumph.”—Chanda Prescod-Weinstein, author of The Disordered Cosmos

“An indictment, an elegy, and above all a work of brilliance.”—Alex Marzano-Lesnevich, author of The Fact of a Body

“A journey of greater breadth and depth than nearly anything else being written today.”—John Murillo, author of Kontemporary Amerikan Poetry