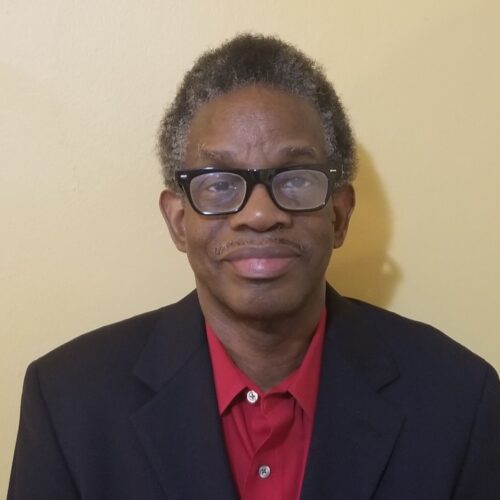 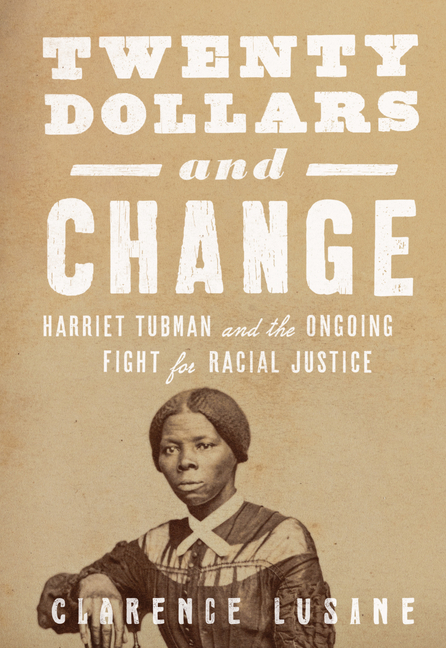 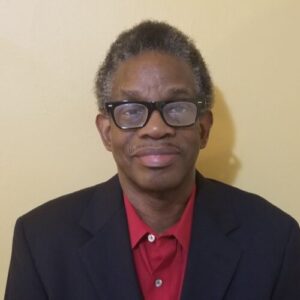 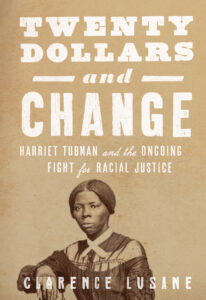 Twenty Dollars and Change: Harriet Tubman and the Ongoing Fight for Racial Justice

Twenty Dollars and Change places Harriet Tubman’s life and legacy in a long tradition of resistance, illuminating the ongoing struggle to realize a democracy in which her emancipatory vision prevails.

America is in the throes of a historic reckoning with racism, with the battle for control over official narratives at ground zero. Across the country, politicians, city councils, and school boards are engaged in a highly polarized debate about whose accomplishments should be recognized, and whose point of view should be included in the telling of America’s history.

In Twenty Dollars and Change, political scientist Clarence Lusane, author of the acclaimed The Black History of the White House, writes from a basic premise: Racist historical narratives and pervasive social inequities are inextricably linked–changing one can transform the other. Taking up the debate over the future of the twenty-dollar bill, Dr. Lusane uses the question of Harriet Tubman vs. Andrew Jackson as a lens through which to view the current state of our nation’s ongoing reckoning with the legacies of slavery and foundational white supremacy. He places the struggle to confront unjust social conditions in direct connection with the push to transform our public symbols, making it plain that any choice of whose life deserves to be remembered and honored is a direct reflection of whose basic rights are deemed worthy of protection, and whose are not.

Dr. Clarence Lusane is an author, activist, scholar, and journalist. He is a Professor and former Chairman of Howard University’s Department of Political Science. Lusane earned his B.A. in Communications from Wayne State University and both his Masters and Ph.D. from Howard University in Political Science. He’s been a political consultant to the Congressional Black Caucus Foundation and a former Commissioner for the DC Commission on African American Affairs. He frequently appears on MSNBC and CSPAN, and was invited by the Obama’s to speak at the White House. Author of many books, including The Black History of the White House, published by City Lights Books. Dr. Lusane lives and works in the Washington, DC area.

What has been said about the work of Dr, Clarence Lusane

“Engaging and insightful, Twenty Dollars and Change illuminates the grassroots effort to have our national currency reflect the diversity of America and all of its citizens–those ordinary and extraordinary people who have stood up and demanded freedom, equality and justice. A must read!”–Kate Clifford Larson, author of Bound for the Promised Land: Harriet Tubman, Portrait of an American Hero

“Thoughtfully balanced and nuanced, Twenty Dollars and Change explores the ways that American hero and national icon Harriet Tubman resonates across racial, gender, and political divides. Lusane captures not only the significance of historic symbols, but how winning the fight over representation and memory advances the ongoing struggles for racial justice and democracy right now.” –Janell Hobson, editor of Ms. Magazine’s Harriet Tubman Bicentennial Project and author of When God Lost Her Tongue: Historical Consciousness and the Black Feminist Imagination

“Twenty Dollars and Change offers a metaphor about two Americas: one striving to live up to its promise of justice and liberty, and the other mired in the bloody legacy of white supremacy. The historical arc Lusane provides demonstrates that the freedom struggle changes its cast of characters over time, but never forsakes its hope for liberation. A great and refreshing read.”–Loretta Ross, author of Calling In the Calling Out Culture

“Twenty Dollars and Change travels the back alleys of fear of racist white America. . . .Harriet Tubman’s image on the money is an opportunity to establish the symbol of democracy she wanted, one where actions led by a conceived idea of being inferior or superior are crushed. Clarence Lusane has put it where the goats can get it. An extraordinary and wonderful book.”–Tina Wyatt, great-great-great grandniece of Harriet Tubman, co-founder of Harriet Tubman Day, Washington D.C.

“Twenty Dollars and Change is a future-gazing guide to who we must be to become who we claim to be.” –Kali Holloway, columnist for The Nation and The Daily Beast (from the foreword)

“In this trailblazing study, Dr. Lusane builds an irrefutable case that justice in representation goes hand in hand with justice in policy. . . . Urgent and inspiring.”–Barbara Ortiz Howard, Founder of “Women on 20s”

“Twenty Dollars and Change offers powerful analyses of race and U.S. history and our present crucible moment. . . . A must read.” –Barbara Ransby, author of Making All Black Lives Matter: Reimagining Freedom in the Twenty-First Century

“As challenges to racial justice, women’s rights, and democracy itself intensify, Lusane’s sober and historically rooted analysis provides much needed clarity and insight. . . .Twenty Dollars and Change is exactly the book we need at this moment.”–Congresswoman Karen Bass

“Clarence Lusane reminds us that we all can contribute enormously to a more perfect society based on the dignity, diversity, and democracy of the peoples. In that spirit, and with great clarity and integrity, Lusane calls on us to wake up, fight back, and never back down until justice prevails.” –Suzan Shown Harjo (Cheyenne Hodulgee Muscogee), Writer, Editor, Curator, Native Indigenous Rights Advocate, and Recipient of the Presidential Medal of Freedom

“Lusane teaches us of the starkly contrasting lives of Tubman and Jackson, and captures blow-by-blow the intricacies of the struggles over changing currency before connecting them to broader ones in the moment of Donald Trump and George Floyd.”–David Roediger, author of Working Toward Whiteness: How America’s Immigrants Became White