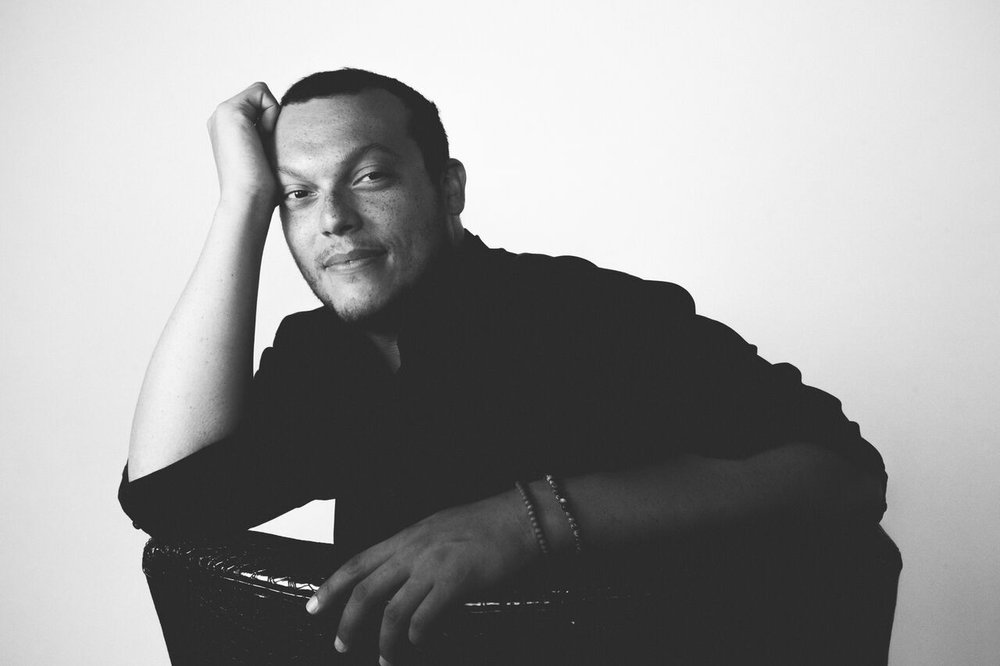 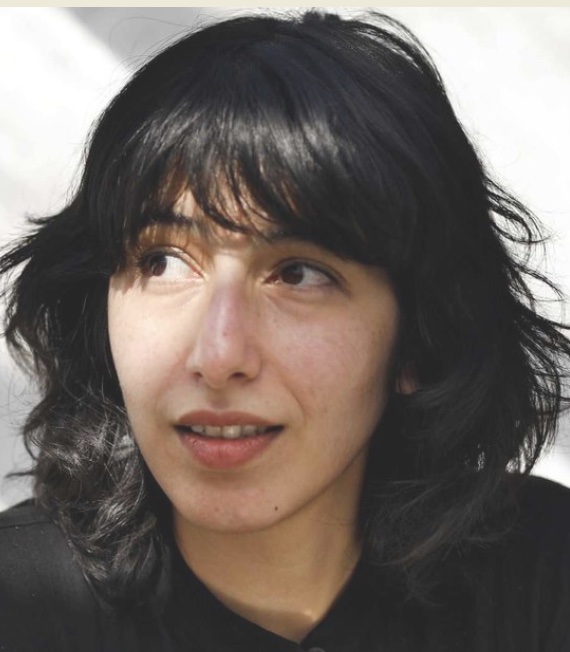 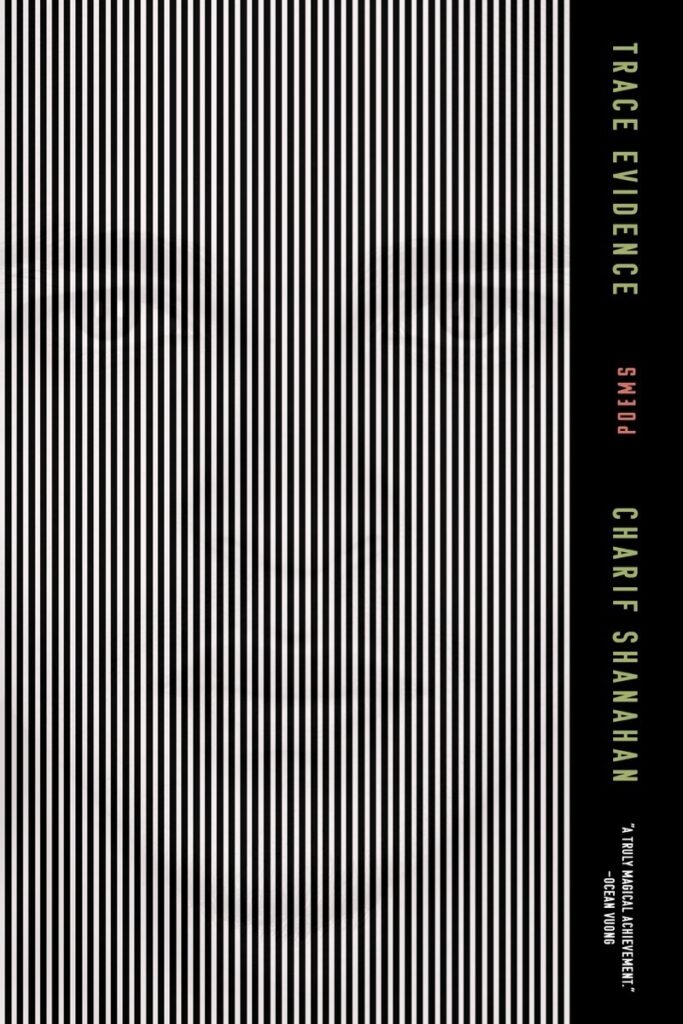 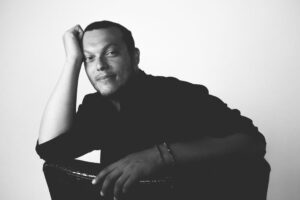 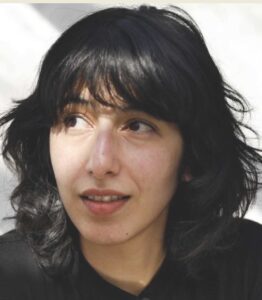 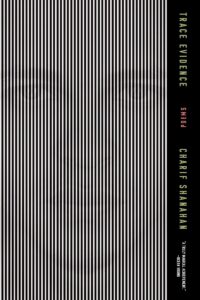 This event is both live in-store and virtual. It is free to the public. To watch online you will need to register. While attending in-store, seating is available on a first-come, first-serve basis. Masks are optional, but highly recommended.

Charif Shanahan celebrates the publication of

This event is both live in-store and virtual. It is free to the public. To watch online you will need to register. While attending in-store, seating is available on a first-come, first-serve basis. Masks are optional, but highly recommended.

In Trace Evidence, the urgent follow-up to his award-winning debut Into Each Room We Enter without Knowing, Charif Shanahan continues his piercing meditations on the intricacies of mixed-race identity, queer desire, time, mortality, and the legacies of anti-Blackness in the US and abroad. At the collection’s center sits “On the Overnight from Agadir,” a poem that chronicles Shanahan’s survival of a devastating bus accident in Morocco, his mother’s birth country, and ruminates on home, belonging, and the mysteries of fate. With rich lyricism, power, and tenderness, Trace Evidence centers the racial periphery and excavates the vestiges of our violent colonial past in the most intimate aspects of our lives. In a language yoked equally to the physical and metaphysical worlds, the poet articulates the need we all share for real intimacy and connection, and proves, time and again, that the true cost of our separateness is the love that our survival requires.

Charif Shanahan is the author of Into Each Room We Enter without Knowing, a Lambda Literary Award and Publishing Triangle’s Thom Gunn Award Finalist. His work has appeared in American Poetry Review, The Nation, The New Yorker, The New York Times Magazine, The Paris Review, PBS NewsHour, and Poetry. He has received fellowships from the National Endowment of the Arts, the Stegner Fellowship Program, and the Fulbright Commission. An Assistant Professor of English and Creative Writing at Northwestern University, Charif lives in Chicago, Illinois.

Solmaz Sharif is the author of Customs (Graywolf Press, 2022) and Look (Graywolf Press, 2016), a finalist for the National Book Award. She holds degrees from U.C. Berkeley, where she studied and taught with June Jordan’s Poetry for the People, and New York University. Her work has appeared in Harper’s, The Paris Review, Poetry, The Kenyon Review, the New York Times, and others. Her work has been recognized with a “Discovery”/Boston Review Poetry Prize, Rona Jaffe Foundation Writers’ Award, and Holmes National Poetry Prize from Princeton University. She has received fellowships from the National Endowment for the Arts, Lannan Foundation, and Stanford University. She is currently an Assistant Professor in Creative Writing at Arizona State University where she is inaugurating a Poetry for the People program.

” Stunning and heart-wrenching. . . . An absolute tour de force that brings words to some of our deepest desires.” —Chicago Review of Books

“Trace Evidence is an astute, subversively reserved, and propulsive book, in which reverence for the line and its possibilities fashions an eros that’s made new through precise yet concussive turns of phrases. All of which reminds you what sits at the heart of these poems: that ‘you are actually very good at joy.’ A truly magical achievement.” —Ocean Vuong, bestselling author of Time Is a Mother

“Revelatory and pulsating with truth, Trace Evidence is a dangerously wise book of poems. Each poem is full of muscular music and meticulously carved out of longing as they ask, not just why we live, but how we live, and for whom. Wholly human and deeply rooted in attention, this book is for anyone who has ever questioned where they belonged.” —Ada Limón, 24th U.S. Poet Laureate and author of The Hurting Kind

“Ecstatic in their exactitude, crystalline in their wisdom, these poems remind me of the period after a great struggle, when body and psyche recover one another. Trace Evidence is an utter revelation.” —Tracy K. Smith, 22nd US Poet Laureate and author of Such Color: New and Selected Poems

“Charif Shanahan is examining race and sexuality in ways I have not seen. Trace Evidence mines the most intimate reaches of our colonial past to ask these important questions: How do we live and love with so much betrayal? Betrayal of the self, by family, lovers, friends, the body’s betrayal of itself? Notably, the book contends with an anti-Blackness beyond the familiar narratives of our contemporary moment: here, it emanates from the Arab world through the very parent who confers Blackness to her children, offering nuance and complexity to the ways in which we tend to consider the subject. And while there is a through-line of pain in this book, as it explores the liminality of mixed-race identity, time and mortality, it neither ends in despair nor seeks to assign blame. . . . Charif’s is a necessary voice.” —Natasha Trethewey, 19th U.S. Poet Laureate and Pulitzer Prize–winning author of Native Guard

“In Trace Evidence, Charif Shanahan writes a world. It is a whole world, a full world, because Shanahan knows what to leave out—his is neither a maximalist’s art, nor a minimalist’s art, but a completist’s art, an art that understands maximalism tends toward deception, and minimalism tends toward exclusion. A poet who is a completist is a welcoming poet, and in its treatment of some of the most divisive social issues of our day, Trace Evidence is a wholly welcoming book, a book in which a reader can live.” —Shane McCrae, author of Cain Named the Animal