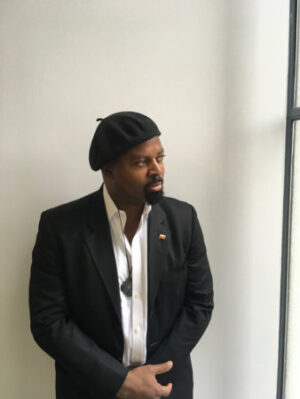 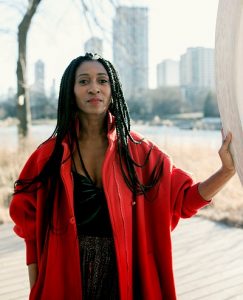 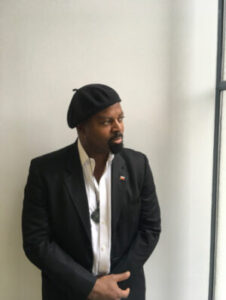 Ben Okri in conversation with Ainehi Edoro Glines. A discussion in celebration of Ben Okri’s two newly released books “Every Leaf an Halleujah” and “Astonishing the Gods”

For over thirty years, Ben Okri has been producing work which has awestruck successive generations of readers. His his groundbreaking and Booker Prize winning novel, The Famished Road, began a career which continues to this day with two new book releasaes, both published by The Other Press. Join Ben Okri and the publisher of the African literary blog Brittle Paper Ainehi Edoro Glines in an evening of discussion.

About Every Leaf an Hallelujah:

Written by Ben Okri and illustrated by Diana Ejaita, Every Leaf an Hallelujah is an environmental fairytale that speaks eloquently to the most pressing issues of our times. Mangoshi lives with her mom and dad in a village near the forest. When her mom becomes ill, Mangoshi knows only one thing can help her—a special flower that grows deep in the forest.The little girl needs all her courage when she sets out alone to find and bring back the flower, and all her kindness to overpower the dangers she encounters on the quest. Ben Okri brings the power of his mystic vision to a timely story that weaves together wonder, adventure, and environmentalism.

About Astonishing The Gods:

The Other Press brings back into print one of the BBC’s “100 Novels That Shaped Our World,” a much-needed fable that could change how we see ourselves and our reality. A young man finds himself among invisible beings who have built a world based on one principle: that we must repeat every experience until we live it fully for the first time. “Only then can we find what we didn’t seek and go where we don’t intend to go.” Ben Okri navigates the world at once as a writer, an artist, a musician, and a philosopher—in the process, he challenges our craving for the visual and the concrete. We read him not only with our eyes but also with our senses, our intuition. As his story unfolds we begin to inhabit the ineffable land that he creates, our imagination led to a place where what we once thought were fundamental truths are turned magically on their heads. In the difficult times we live in, in an age decimated by injustice and inequality, Okri brings unexpected insights as meaningful as they are transformative.

Ben Okri is a Nigerian poet, novelist, essayist, short-story writer, anthologist, aphorist, and playwright. He has also written screenplays. His works have won numerous national and international prizes, including the Booker Prize for Fiction, the Commonwealth Writer’s Prize, Guardian Fiction Prize amongst a sizeable list of others. His novels include The Famished Road, Songs of Enchantment, Astonishing the Gods amongst others. He is the author of numerous collections of poetry which include An African Elegy, Tales of Freedom, and most recently A Fire in My Head: Poems for the Dawn.

Ainehi Edoro Glines is an Assistant Professor of English at the University of Wisconsin-Madison where she teaches and researches on African literature, political theory, and literature in social media. Ms. Edoro Glines is the founder and editor of Brittle Paper (https://brittlepaper.com/), a leading online platform dedicated to African writing and literary culture. Her current book project is titled “Forest Imaginaries: How African Novels Think.” She also writes essays and commentaries about contemporary African literary culture in mainstream publications such as The Guardian and Africa is a Country.