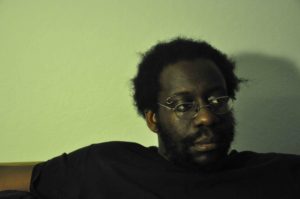 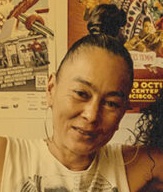 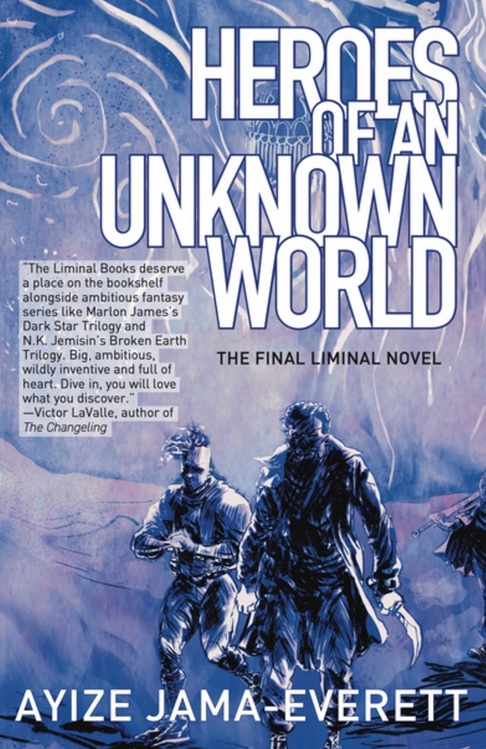 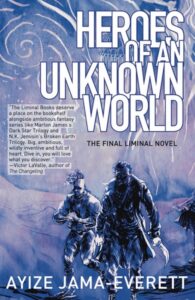 This event will be held instore at City Lights. It will also be broadcast on zoom. To experience the virtual part of the event you will need a device that can access the internet and registration is required.

City Lights in conjunction with Medicine for Nightmares and Small Beer Press celebrate the publication of Heroes of an Unknown World : a novel – by Ayize Jama-Everett – published by Small Beer Press

Heroes of an Unknown World : a novel

In the final novel of the Liminals Series, a found family of Black superheroes has one last chance to save the world.

This event will be both broadcast online and take place inside City Lights Bookstore located at 261 Columbus Avenue, San Francisco. Those of you who have registered for a virtual event will still be able to experience it on zoom. Facial covering is optional for this event, but highly recommended. Seating is on a first come, first serve basis. No registration required for the in-store event, Registration is however required to view the virtual portion of this program.

About Heroes of an Unknown World : a novel

After traveling back in time to rescue his fostered daughter, Taggert has returned to the present and found himself in his favorite place: up against the wall. But the world they’ve returned to is not the one they left: everything is slightly grayer, the music is boring, joy is just out of reach. The liminals’ entropic enemies, the Alters, are trying to bring about the end of the world by sucking the life—literally—out of enough people to tip the balance their way.

Traveling from Jamaica to London to Indonesia to the heart of the whirlwind in the desert at the heart of all deserts, Taggert and his found family of liminals and supporters have to find a way to bring back the joy before they’re all ground down into the gray dust.

Ayize Jama-Everett calls the Bay Area his home despite being born in New York City. He holds a Masters degrees in Divinity, Clinical Psychology, in Fine Arts, Creative Writing. He has worked as a bartender, a translator, a drug and alcohol counselor, a stand-up comedian, a script doctor, a ghostwriter, a high school dean, a college professor, and for a brief time, a distiller of spirits. Jama-Everett’s Liminal series began with The Liminal People and continued with The Liminal War and The Entropy of Bones. He has also written a graphic novel, Box of Bones with two-time Eisner Award winner John Jennings and has written for The Believer and the LA Review of Books, among others.

Tân Khánh Cao is an artist who works in a variety of media. She is co-owner of Medicine for Nightmares Bookstore and Gallery.

Praise for the work of Ayize Jama-Everett:

“The Liminal Books deserve a place on the bookshelf alongside ambitious fantasy series like Marlon James’s Dark Star Trilogy and N. K. Jemisin’s Broken Earth Trilogy. Big, ambitious, wildly inventive and full of heart. Heroes of an Unknown World displays the voice and verve that are staples of Ayize Jama-Everett’s work. Dive in, you will love what you discover.”—Victor LaValle, author of The Changeling

“Ayize Jama-Everett is a towering talent and one of the best genre-writers working today. His final installment of his masterfully told Liminal Series; Heroes of an Unknown World is a taut, textured feast for the minds of any ravenous reader who’s looking for something fresh and exciting to experience.” — John Jennings, co-author of My Superhero is Black

“A rollicking, irreverent action sci-fi filled with anime-esque feats, a deep appreciation for culture, and sparkling humanity. Jama-Everett’s final book in the Liminal series is the kind of grandiose battle against despair I’ll gladly sign up for. Put on your favorite record, crack this one open, and tell the darkness: ‘Get out!’” — Elwin Cotman, author of Dance on Saturday

“Therapist and theologian Jama-Everett takes his group of Black superheroes from 1970s London to contemporary Morocco in the fascinating and action-packed final Liminal novel (after The Liminal War). . . . Series fans and new readers alike are sure to be drawn in.” — Publishers Weekly

“Like Ursula K. Le Guin and Octavia Butler before him, Jama-Everett has a knack for braiding issues of spirituality and race throughout a compelling fantasy landscape.”—Leilani Clark, KQED

“In Ayize Jama-Everett’s The Liminal War, the family one chooses is just as important as the one a person is born into.”—Nancy Hightower, Washington Post

“A vitality to the voice and a weirdness that, while not always controlled or intentional, is highly appealing for just that reason.”—Charles Yu, New York Times Book Review

“Rooted in Chabi’s voice, the story is spare, fierce, and rich, and readers will care just as much about the delicate, damaged relationship between Chabi and her mother as the threat of world destruction.”—Publishers Weekly (starred review)

“A fun and fast-paced thriller. Recommended for: Mutants, misfits, anyone who’s ever felt partway between one thing and another.”—The Ladies of Comicazi

“You’ll be sucked into a fast-paced story about superpowered people struggling for control of the underground cultures they inhabit. . . . The novel is a damn good read. It’s a smart actioner that will entertain you while also enticing you to think about matters beyond the physical realm.”—Annalee Newitz, io9

“A great piece of genre fiction. But picking which genre to place it in isn’t easy. The first in a planned series, it’s got the twists and taut pacing of a thriller, the world-warping expansiveness of a fantasy yarn, and even the love-as-redemption arc of a romance. Oh yeah, a lot of the characters in it have superhuman powers, too.”—The Rumpus

“The action sequences are smartly orchestrated, but it is Taggert’s quest to retrieve his own soul that gives The Liminal People its oomph. Jama-Everett has done a stellar job of creating a setup that promises even greater rewards in future volumes.”—San Francisco Chronicle

“The story’s setup . . . takes next to no time to relate in Jama-Everett’s brisk prose. With flat-voiced, sharp-edged humor reminiscent of the razors his fellow thugs wear around their necks, Taggert claims to read bodies ‘the way pretentious East Coast Americans read The New Yorker … I’ve got skills,’ he adds. ‘What I don’t have is patience.’”—Nisi Shawl, The Seattle Times

“Every once in awhile, a first novel catches you by surprise. Sometimes it’s the style and sometimes it’s the pure originality or unique mixing of influences. In the case of Ayize Jama-Everett’s The Liminal People, the pleasure comes from all of the above.”—Jeff VanderMeer, Omnivoracious

“Ayize Jama-Everett has brewed a voodoo cauldron of Sci-Fi, Romance, Crime, and Superhero Comic, to provide us with a true gestalt of understanding, offering us both a new definition of “family” and a world view on the universality of human conduct. The Liminal People—as obviously intended—will draw different reactions from different readers. But none of them will stop reading until its cataclysmic ending.”—Andrew Vachss

“Ayize’s imagination will mess with yours, and the world won’t ever look quite the same again.”—Nalo Hopkinson

“The Liminal People has the pleasures of classic sf while being astonishingly contemporary and savvy.”—Maureen F. McHugh