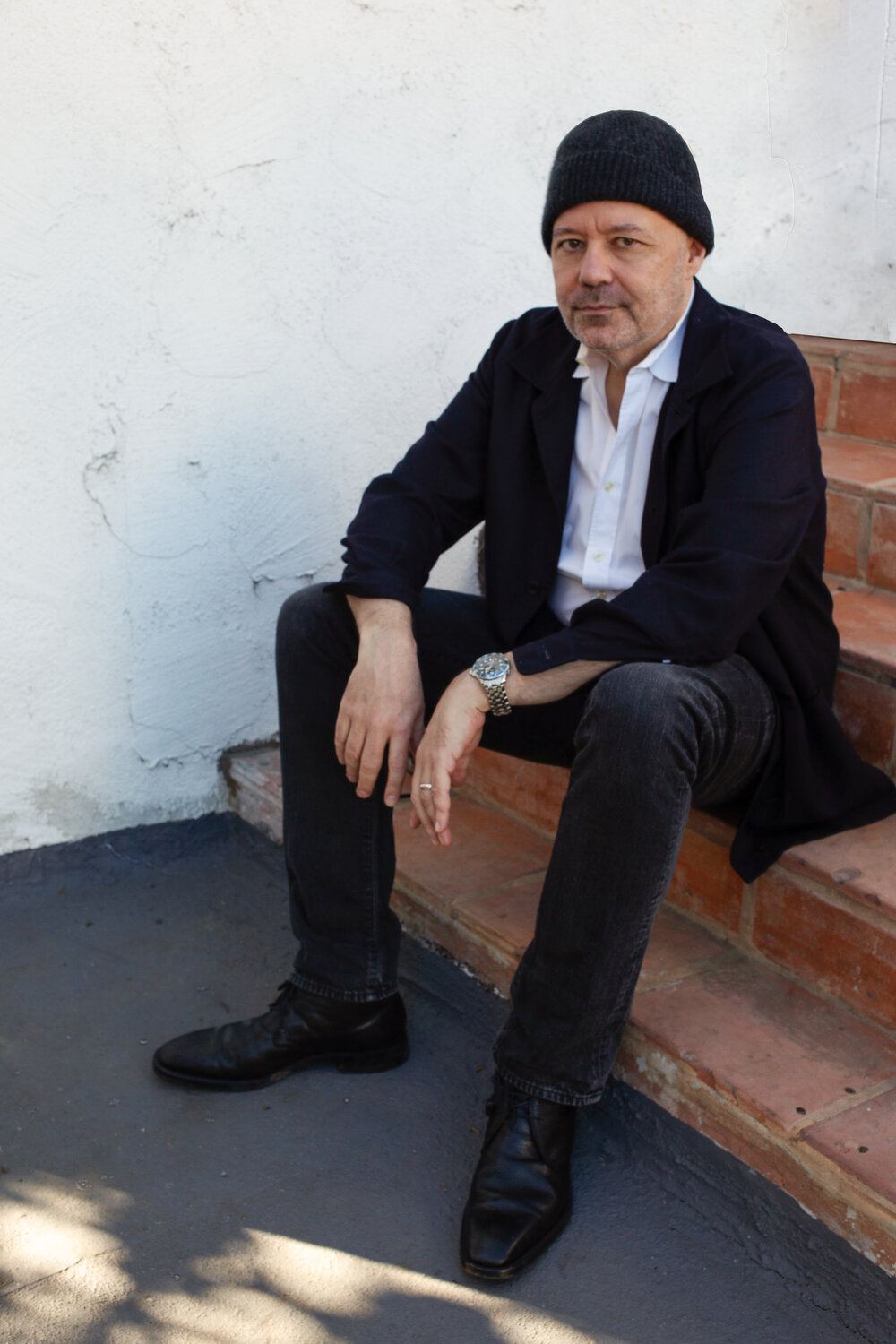 Matthew Specktor is the author of the novels American Dream Machine and That Summertime Sound; a nonfiction book, The Sting; and the forthcoming memoir The Golden Hour (Ecco/HarperCollins). His writing has appeared in the New York Times, The Paris Review, The Believer, Tin House, Vogue, GQ, Black Clock, and Open City. He has been a MacDowell fellow, and is a founding editor of the Los Angeles Review of Books. He resides in Los Angeles. His newest book is Always Crashing in the Same Car: On Art, Crisis, and Los Angeles, California, published by Tin House. Matthew Specktor will be in conversation with Adam Pfahler (of Jawbreaker!) in our City Lights LIVE! discussion series on Wednesday, July 28th, 2021!

Los Angeles, which I often think is a condition of the spirit as much as it is a geography. I know people in the Bay Area have, erm, mixed feelings about LA (who threw that tomato that just whistled by my ear?), but, alas, here I am.

Nobody told me I was supposed to remain sane! Perhaps I should have planned it differently. But—my wife, our dog (an incredibly neurotic Schnauzer/Wheaten mix whose sanity is questionable, herself), our subscription to the Criterion Channel, and very carefully measured amounts of tequila-with-lime have all helped.

What books are you reading right now? Which books to you return to?

Right now I’m on an absolute bender with the books published by a collective called Deluge. One of their founders, Emily Segal, wrote a novel called Mercury Retrograde that came out in late 2020 and just knocked me flat. It combines a DeLillo-grade intelligence—a way of slicing experience very, very fine—with a kind of wild humor and a sharp, feminist perspective. It’s amazing.

As for books I return to, well, there are far too many of those to keep count, but I’ll mention Henry James’s The Golden Bowl, Shirley Hazzard’s The Transit of Venus, and James Baldwin’s Another Country as touchstones for me. But there are so many!

Leaving aside that this book is, in some sense, a catalogue of its own influences—Thomas McGuane, Renata Adler, Hal Ashby, Carole Eastman: I mean, the book is explicitly about a number of people who’ve influenced me—I would say again that there are far too many to count.

Some recent-ish books that influenced the writing of this one include Hilton Als’s The Women, Heidi Julavits’s The Folded Clock: A Diary, Olivia Laing’s The Lonely City: Adventures in the Art of Being Alone, and Leslie Jameson’s The Recovering: Intoxication and Its Aftermath. These are all books that combine memoir with criticism or with other forms of observation.

Some writers, both contemporary and otherwise, who’ve influenced me include Jonathan Lethem, James Salter, Michael Ondaatje, Rachel Cusk, Yiyun Li, Elizabeth Hardwick, Philip Roth, Ivan Turgenev, and Paul Beatty. I mean, some of those people are friends; others I’ve only had the pleasure of meeting as a Vintage paperback or an NYRB classic; some are in vogue, others slightly less so, and I don’t think, alas, I sound like any of them. But I’m a big tent person when it comes to influence. You read as much and as widely as you can and you invite it all in.

Ah. Now we get to the serious question. It would be in West LA. I would build it over the bones of what used to be Dutton’s Books, in Brentwood, because that was the bookstore I grew up with and every time I drive past the location—it used to be a coffee shop before the pandemic; right now it’s just a boarded-up storefront—I get sad. I’d name it after The Transit of Venus (“Transit Books?” I dunno), because that book changed my life about as forcefully as any book can: it launched my career as a screenwriter, led me to my first literary agent, and to a friendship with Shirley; above all, it changed my life as a reader, and my sense of what fiction could do.

But my bestseller would inevitably be something I feel has been overlooked or ill-served by the marketplace in recent years. Maybe Jarett Kobek’s The Future Won’t Be Long, a knockout of a novel that sold (if Jarett’s own tabulation in his subsequent book is correct) fewer than five hundred copies, or a great, great book by Sam Sweet called Hadley Lee Lightcap, which is a wonderful, melancholy poem about Southern California geography masquerading as a book about a band most people have never heard of. Or—maybe it would be Don Carpenter’s Fridays at Enrico’s! That’s one of my favorite novels, by one of my favorite Bay Area writers. With apologies to both Balzac’s Lost Illusions and George Gissing’s New Grub Street, it’s also the single greatest book about the writing life I’ve ever encountered. Because it pays homage to a now vanished North Beach institution that was almost as venerable as City Lights, I’m gonna say that one.