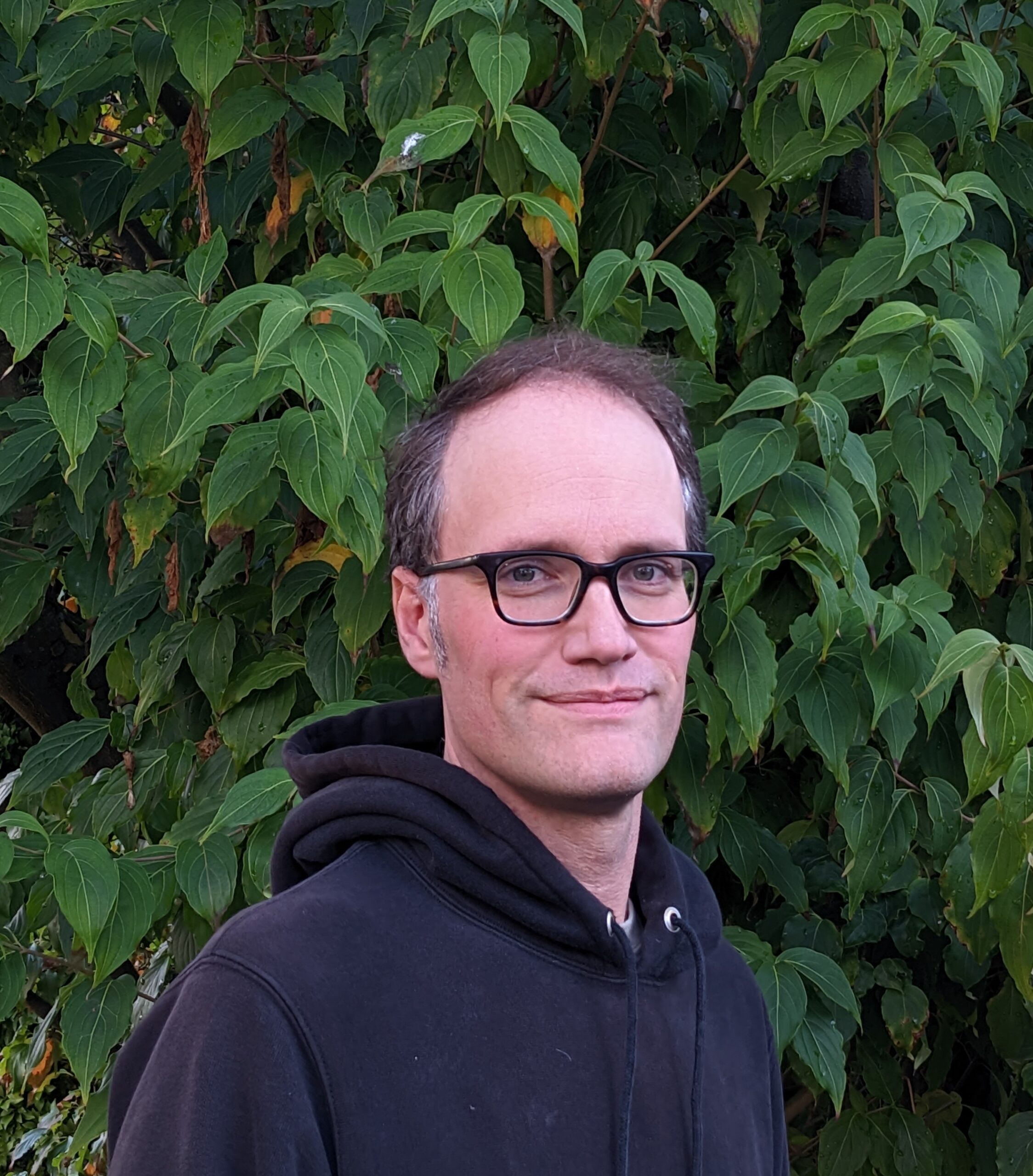 Matthew Goody is a Canadian editor and publisher who has worked in the book industry for over a decade. A fanatical record collector and researcher, he spent years combing through the archives and records stacks to compile Needles and Plastic: Flying Nun Records, 1981-1988.

City Lights will be celebrating the publication of Matt’s book with a virtual conversation with Tony Green and Richard Langston on Sunday, October 30, 2022.

I’m writing to you from the unceded traditional territories of the Musqueam, Squamish, and Tsleil-Waututh Nations in Vancouver, Canada.

Right now I’m getting a kick out of the Jokermen podcast, which is doing a deep dive into the discography of John Cale, Lou Reed and the Velvet Underground. As a massive fan of Cale in particular, these episodes that unpack his early solo work are fantastic and fun. I also feel a kind of kinship with the program because, like my book, it tries to tell a broader story of these musicians using their discographies as a jumping off point.

Despite schlepping my record collection across the country three times over the last five years, I still take great pleasure mucking around in record stores and discovering new music. There are a number of new records that I have found particularly inspiring. I keep coming to two recent ones that have knocked me out: Fortunato Durutti Marinetti’s Memory’s Fool (Soft Abuse) and Long Odd’s Fine Threads (self-released). Hunt both of them down, they’re worth your time. Merge Records Tall Dwarfs boxset is also a recent stunning collection, bringing together the Kiwi duo’s records in one beautiful set, many of which I wrote about in my book. The packaging is first rate and having them all available again is a real treat.

Writing a book about New Zealand’s Flying Nun Records I naturally immersed myself in the music released by the Christchurch label. Flying Nun’s reputation comes primarily from the so-called ‘Dunedin Sound’ bands like The Clean and The Chills (who I love), but I was also really influenced by some of the other weird and wonderful acts on the label like This Kind of Punishment, The Dead C, Scorched Earth Policy etc… and it was these groups that compelled me to write about them. I was also really drawn to the writers who were documenting the scene. Richard Langston, creator of the Garage fanzine (which will be published in book form by Hozac Books next year) was one particular influence for his passion to document what was going on around him.

Beyond that, Michael Azzerad and his book Our Band Could Be Your Life made a big impression on me with its portraits of specific underground bands of the 1980s that weave together to tell a broader story of the American underground music scene during that period. Writers like Greil Marcus, with Invisible Republic and Jesse Jarnow, with Heads: A Biography of Psychedelic America have also meant a lot to me; deep dives into scenes, sub-cultures etc.. that rely on a lot of research and a true love of the music.

I’ve recently finished Paul Morley’s From Manchester with Love: The Life and Opinions of Tony Wilson about the Factory Records boss. It is meandering at several points, but also extremely thoughtful and engrossing at others, with an ability to capture Manchester and the scene Wilson helped build in a very vivid way. Parallels between the New Zealand scene of my book, and characters like Chris Knox, popped off the page at several points.

I also really enjoyed two music memoirs released recently, both from members of the UK folk scene of the ’60s and ’70s – Vashti Bunyan’s Wayward: Just Another Life to Live and Richard Thompson’s Beeswing. Both are subtle, well paced and riveting reads.

Finally, I always mix a heavy dose of crime fiction into my reading and routinely revisit old favourites. Right now I’m back on a James Crumley kick. Few things are better than reading his series with private investigators C.W. Sughrue and Milo Milodragovitch, set in a fictional northwest that I feel I know by heart.

A rather straightforward answer, but given its size Vancouver needs more independent bookshops, as do many smaller towns around British Columbia. Locally owned shops have struggled in Canada for years, especially in smaller communities, and only recently has there been a bit of a revival. BC has some of the most talented writers in North America and they need more places to promote their writing and make book tours more viable.