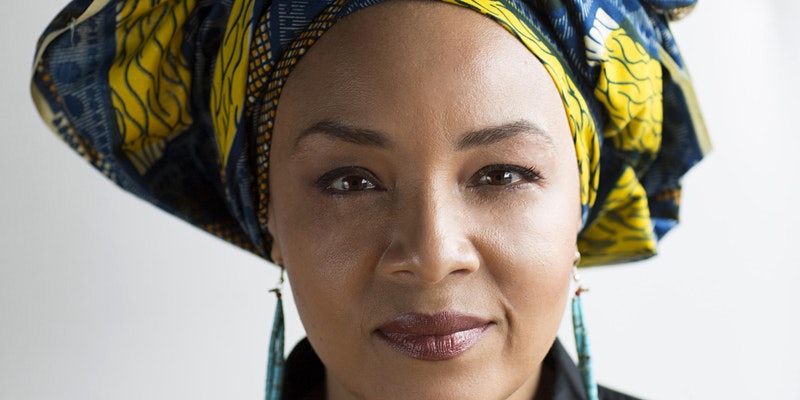 LaTasha N. Nevada Diggs is a writer, vocalist and performance/sound artist, and the author of TwERK (Belladonna, 2013). Diggs has presented and performed at California Institute of the Arts, El Museo del Barrio, The Museum of Modern Art, and Walker Art Center and at festivals including: Explore the North Festival, Leeuwarden, Netherlands; Hekayeh Festival, Abu Dhabi; International Poetry Festival of Copenhagen; Ocean Space, Venice; International Poetry Festival of Romania; Question of Will, Slovakia; Poesiefestival, Berlin; and the 2015 Venice Biennale. As an independent curator, artistic director, and producer, Diggs has presented events for BAMCafé, Black Rock Coalition, El Museo del Barrio, The Schomburg Center for Research in Black Culture, Lincoln Center Out of Doors, and the David Rubenstein Atrium. Diggs has received a 2020 George A. and Eliza Gardner Howard Foundation Fellowship, a 2020 C.D. Wright Award for Poetry from the Foundation of Contemporary Art, a Whiting Award (2016) and a National Endowment for the Arts Literature Fellowship (2015), as well as grants and fellowships from Cave Canem, Creative Capital, New York Foundation for the Arts, and the U.S.-Japan Friendship Commission, among others. She lives in Harlem and teaches part-time at Brooklyn College and Stetson University.

LaTasha will be in conversation with Anne Waldman and Eleni Sikelianos during City Lights’s Coffee House Press Extravaganza on Wednesday, January 25th at 6:00pm PST.

There are many, too many to choose from. What I might say is who am I having long serious, life nurturing conversations with human beings who happen to be artists would be Matana Roberts, Val Jeanty, Gabri Christa, Sharifa Rhodes Pitts, Lisa E. Harris, Bahiyyah Maroon, Krista Franklin, Geng PTP, Urayoan Noel, and Craig Street.

Of Solids and Surds (the fourth volume in the Why I Write series) by Samuel Delany.

My bookstore would need to consist of three locations: East Harlem preferably near 111th; Rio Vermelho, Bahia; and lastly, an island somewhere in the Caribbean. All three would be called Obi and there would be no bestsellers.