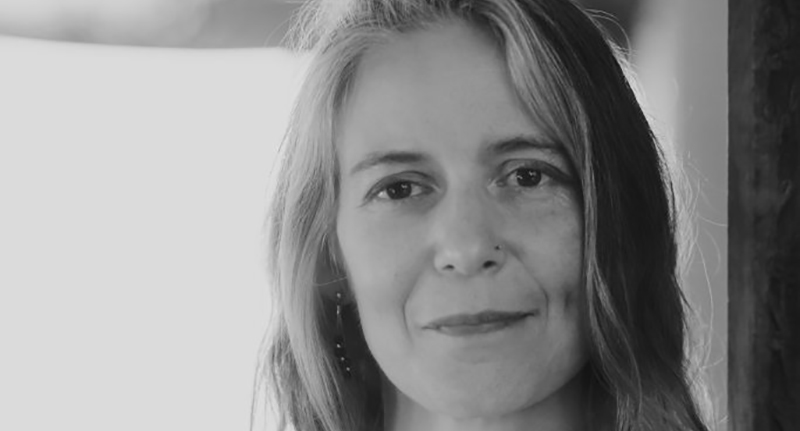 Amina Cain is the author of two collections of stories—Creature (Dorothy, 2013) and I Go To Some Hollow (Les Figues, 2009)—and the novel Indelicacy (FSG, 2020), which was a New York Times Editors’ Choice and a finalist for the Rathbones Folio Prize and the Center for Fiction’s First Novel Prize. Her writing has appeared in numerous publications, including Granta, The Paris Review Daily, BOMB, n+1, and the Believer Logger. She lives in Los Angeles with her husband, the writer Amarnath Ravva.

City Lights will be celebrating Amina’s most recent book, A Horse at Night, with a virtual conversation with Amina, Giada Scodellaro and Renee Gladman on Tuesday, October 18, 2022.

From my study (a converted laundry room) in Los Angeles. It’s small, but there’s a window that looks out at the hills and a door that leads out to the deck so I feel a sense of spaciousness.

Short walks after waking before the sun comes up, walks when it’s getting dark. I used to not walk in the morning or get up so early, but during the heatwave I started getting up at six. It created new patterns. Sitting outside with my friends at night has been very nice too. Eating dinner with my husband, Amar, or doing yard work together. Working on my novel.

I’ve lived a kind of monastic life during the pandemic so that going out recently to see two dance films–deader than dead by Ligia Lewis and Hail the New Puritan by Charles Atlas–at 2220 Arts & Archives (curated by Martine Syms) here in LA was liking taking a drug. They were so good and I felt so inspired by them in a way I haven’t for a while.

Marguerite Duras and Clarice Lispector, always. David Lynch. For A Horse at Night, Orhan Pamuk’s The Naive and the Sentimental Novelist was a big influence.

I recently read Our Lady of the Nile by Scholastique Mukasonga and Kick the Latch by Kathryn Scanlan, which I found to be amazing.

We need more bookstores in LA, so it would be here, an open air book stall on the LA River, where I would sell very slim books, mostly novels. The bestseller list would be made up of Marie NDiaye’s Self-Portrait in Green, Natalia Ginzburg’s The Dry Heart, Bhanu Kapil’s Ban en Banlieue, Fleur Jaeggy’s The Water Statues, and Elena Ferrante’s In the Margins.