Rap Music on Trial: On literalism, literacy, and reasonableness 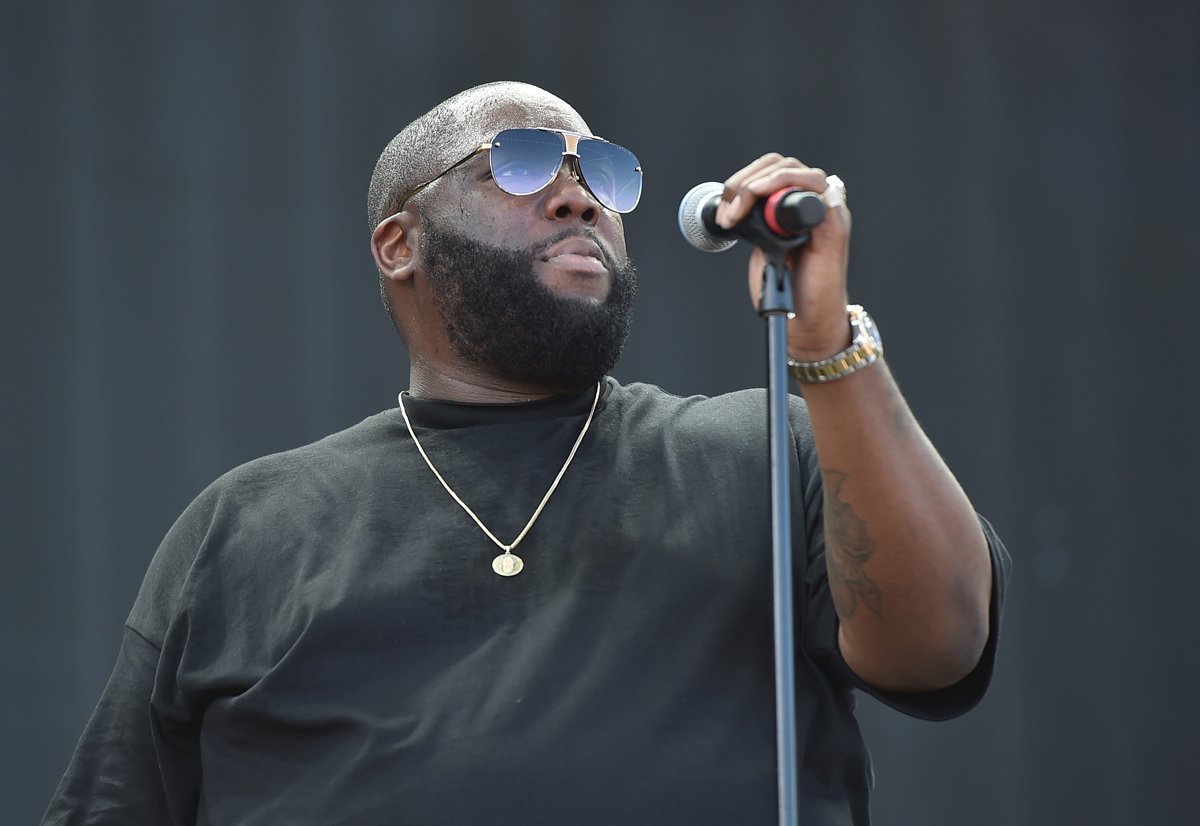 Key for Key, Pound for pound I’m the biggest Dope Dealer and I serve all over town.

These words were written in a notebook found on Derek Foster, along with a kilo of cocaine and ten gallons of liquid PCP, when he was arrested at a train station in Chicago in 1989. The ensuing trial, which ended in Foster’s conviction for possession of illegal drugs with intent to sell, was one of the first U.S. criminal cases to admit rap lyrics as evidence. It wasn’t the last.

Now, sound unheard, I can find plenty of reasons to pass judgment on Foster based on this rap, which is awkward and trite, rhythmically stilted and prosodically misbegotten—but none of the reasons that come to mind is his actually being a dope dealer. These lines read to me more like the drunken freestyle mutterings of a junior investment banker on the Metro North home to Cos Cob than the confessional scribblings of an overzealous drug kingpin. Still, if they weren’t the smoking gun in Foster’s conviction—the coke and PCP were plenty—they did, in the court’s opinion, prove sufficient knowledge of the practice of narcotics trafficking to discredit his claim that he’d been unaware he was transporting illegal drugs.

In the decades since Foster’s trial, the prejudicial use of rap lyrics in criminal trials has only gained currency; as scholars including Erik Nielson, Andrea Dennis, and Charis Kubrin have documented, it’s not uncommon now for prosecutors to use raps written by defendants, or even more incidental cues—such as selling rap CDs or appearing in rap videos—to lobby for “gang enhancement” felony sentences, or to demonstrate motive and lack of moral character.

Legislation introduced to the New York senate in November by Senators Brad Hoylman and Jamaal Bailey, to which several prominent rappers and hip-hop scholars have recently added their endorsement, aims to stem this worrisome trend. Senate Bill S7527, “Rap Music on Trial,” would enhance free-speech protections by restricting the admissibility of lyrics, among other artistic output, unless the prosecution can demonstrate “clear and convincing proof that there is a literal, factual nexus between the creative expression and the facts of the case.” In short, it would heighten the burden of proof around relevancy, accepting that which has probative value and eliminating that which is merely prejudicial.

“Rather than acknowledge rap music as a form of artistic expression,” Nielson and lawyer Alex Spiro write in their memorandum of support, “police and prosecutors argue that the lyrics should be interpreted literally—in the words of one prosecutors, as ‘autobiographical journals’—even though the genre is rooted in a long tradition of storytelling that privileges figurative language, is steeped in hyperbole, and employs all of the same poetic devices we find in more traditional works of poetry.”

Let me tell you a story that’s definitely true[2]

In a stomach-turning 2015 report for the East Bay Express, Sam Lefebvre follows testimony from the trial for attempted murder of the Bay Area rapper Deandre Mitchell, who raps as Laz Tha Boy, finding it “fraught with ahistorical statements masquerading as objective truth.” Surveying recent criminal justice records, Lefebvre turns up numerous instances of lyrics mis-transcribed, quotations not recognized as such, and police officers, testifying as experts, supplying misguided or prejudicially skewed interpretations. “Hooded sweatshirts are fairly common to wear if you’re gonna commit a shooting,” one officer testifies.

In a 2007 paper, Dennis, co-author with Nielson of the 2019 book Rap on Trial: Race, Lyrics, and Guilt in America, identifies three assumptions underpinning the admission of rap lyrics as evidence in criminal trials:

I’ve listened to enough rap to say with confidence that the second and third assumptions are false: that boasting about being the biggest dope dealer in town is so de rigueur as to be essentially meaningless, that nobody raps about being a low-level street hopper in the first person or the present tense, that spouting platitudes about living a certain kind of life does not a liver of that life make. I’m familiar enough with rap’s codes of misdirection and provocation and exaggeration that I don’t think a lyric like Laz Tha Boy’s I’m tryna stack cheese probably taller than the Eiffel means he’s been piling up wheels of gouda, or that Rakim’s famous rhyme about twenty-one MCs ate up at the same time recounts a real-life incident of cannibalism.

I’m not bragging: this seems to me less like “specialized knowledge” and more like basic common sense, especially at a time when rappers’ work is anthologized and studied in college courses and recognized by the Pulitzer Prize Board. I don’t believe my interpretive moderation in the face of rap’s rich techniques of figuration should make me some kind of industry expert. And yet the literalism that the Rap Music on Trial bill stands against is both very real and very skewed, an almost resolutely myopic double standard that afflicts rap disproportionately even when you correct for the extent to which rap songs are disproportionately about breaking the law. One way to describe the goal of the proposed legislation is that it seeks to guarantee lines like I’m the biggest Drug Dealer and I serve all over town—and the rich, decades-old corpus of rap lyrics that more artfully make similar claims—the same degree of indulgence we reflexively afford Bob Marley’s I shot the sheriff or Johnny Cash’s I shot a man in Reno just to watch him die. It seeks to give all of them the suspension of literal belief to which their status as art entitles them.

Talkin’ about you gangsta, drive your mama’s PT Cruiser / Run up on T-Bizzle, I’ma hit you with my Ruger[3]

One of the bill’s most prominent supporters is the veteran Atlanta rapper and activist Michael Render, who is both a vital voice of reason in the ongoing debate around rap’s status as art and no stranger to creative declarations of plausible menace. (His rap name, Killer Mike, is derived from his knack for “murdering” microphones.) He makes the same argument about Marley and Cash, and the same distinction between art and “actual human behavior,” in a 2015 interview behind an amicus brief that he and other rappers filed to the Supreme Court in support of Taylor Bell, a Mississippi high school senior suspended in 2010 for recording a rap containing the lyrics above, targeted at two gym teachers accused of sexually harassing students.

Though Bell’s defense argued that the suspension violated his First Amendment rights, the punishment was ultimately upheld by a majority ruling in a Court of Appeals, on the grounds that his rap, while not a “true threat,” still didn’t deserve free-speech protections. Such conclusions, whether in civil cases like Bell’s or criminal trials like Foster’s, seem to pose a question that challenges my basic common sense: is rap entitled to the status of art?

With no disrespect intended to anyone involved, I should also say I’ve listened to enough rap to find Bell’s rhyme much funnier than it is menacing. “Rap is really funny, man,” says the pioneering gangsta rapper Ice-T, who found himself at the center of a furor in 1992 when “Cop Killer,” a song by his metal band, Body Count, was boycotted by politicians and police unions while far gorier songs by musically similar acts like Slayer and Pantera were given an implicit pass. “But if you don’t see that it’s funny, it will scare the shit out of you.”

Revealingly, the area of defamation law, whose core matter is whether an assertion is true or false, has already seen decisions to the opposite effect—namely, that lyrics aren’t to be taken as truth. In 2003, a Detroit sanitation worker named D’Angelo Bailey filed a defamation suit against his former classmate Marshall Mathers over the song “Brain Damage,” in which Mathers, who raps as Eminem, recounts being bullied by Bailey and exacting his revenge with a makeshift weapon. Judge Deborah Servitto awarded in favor of Eminem, delivering her verdict in a sporting (if also prosodically misbegotten) rap:

The lyrics are stories no one would take as fact
They’re an exaggeration of a childish act
Any reasonable person could clearly see
That the lyrics could only be hyperbole
It is therefore this Court’s ultimate position
That Eminem is entitled to summary disposition.

A reasonable person, Servitto recognizes, should understand that a story in which Eminem is beaten by his mom until his brain falls out of his skull is likely not an unvarnished account of true events. A reasonable person should be able to assimilate the fact that Foster and Pollard and Mitchell had all written rhymes about the illegalities for which they were on trial, without rushing to draconian conclusions about their real-life deeds.

But rap music isn’t about reasonableness, any more than country or reggae music, any more than film and literature and manga and the rest of the imaginative arts with their own tropes and formulae. That’s not the purpose they’re meant to serve. To expect rap to exempt us from the dubious “specialized knowledge” required to distinguish hyperbole from confession, to demand that its objective truth value be visible at all times, is to have either deeply impaired critical faculties or suspect motivations. And in the case of criminal courts that admit as “evidence” what civil courts recognize as debatable, it’s to ignore the nuances that are factory-standard in so many other forms of expression in order to incarcerate people overwhelmingly drawn to and identified with this one. That’s not justice: that’s predation.

“Every instance of a legal authority using a rapper’s creative output as proof of character or crime,” writes Briana Younger, “whispers that the power of imagination doesn’t belong to disenfranchised black and brown people.” If successful, as it should be, New York’s Rap Music on Trial bill will be a crucial step back up the slippery slope that currently tilts down toward a system in which, for some of the most creatively inspired people in the country, anything you say can and will be used against you.

Daniel Levin Becker is the author of the new book What’s Good: Notes on Rap and Language, published by City Lights.