A prominent voice of the wide-open poetry movement that began in the 1950s, Lawrence Ferlinghetti wrote poetry, translation, fiction, theater, art criticism, film narration, and essays. Often concerned with politics and social issues, Ferlinghetti’s poetry counters an elitist conception of art and the artist’s role in the world. Although his poetry is often concerned with everyday life and civic themes, it is never simply personal or polemical, and it stands on his grounding in tradition and universal reach. 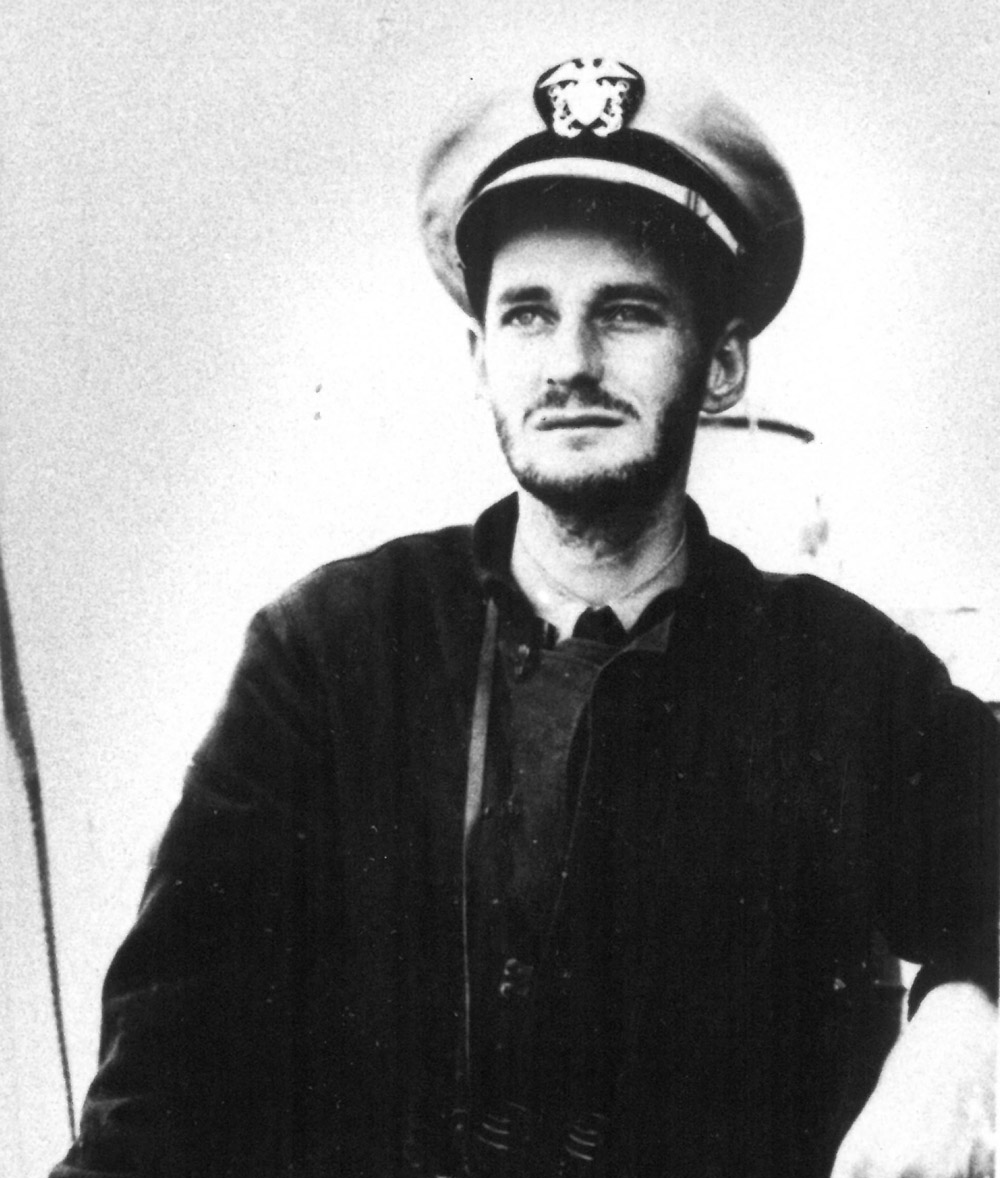 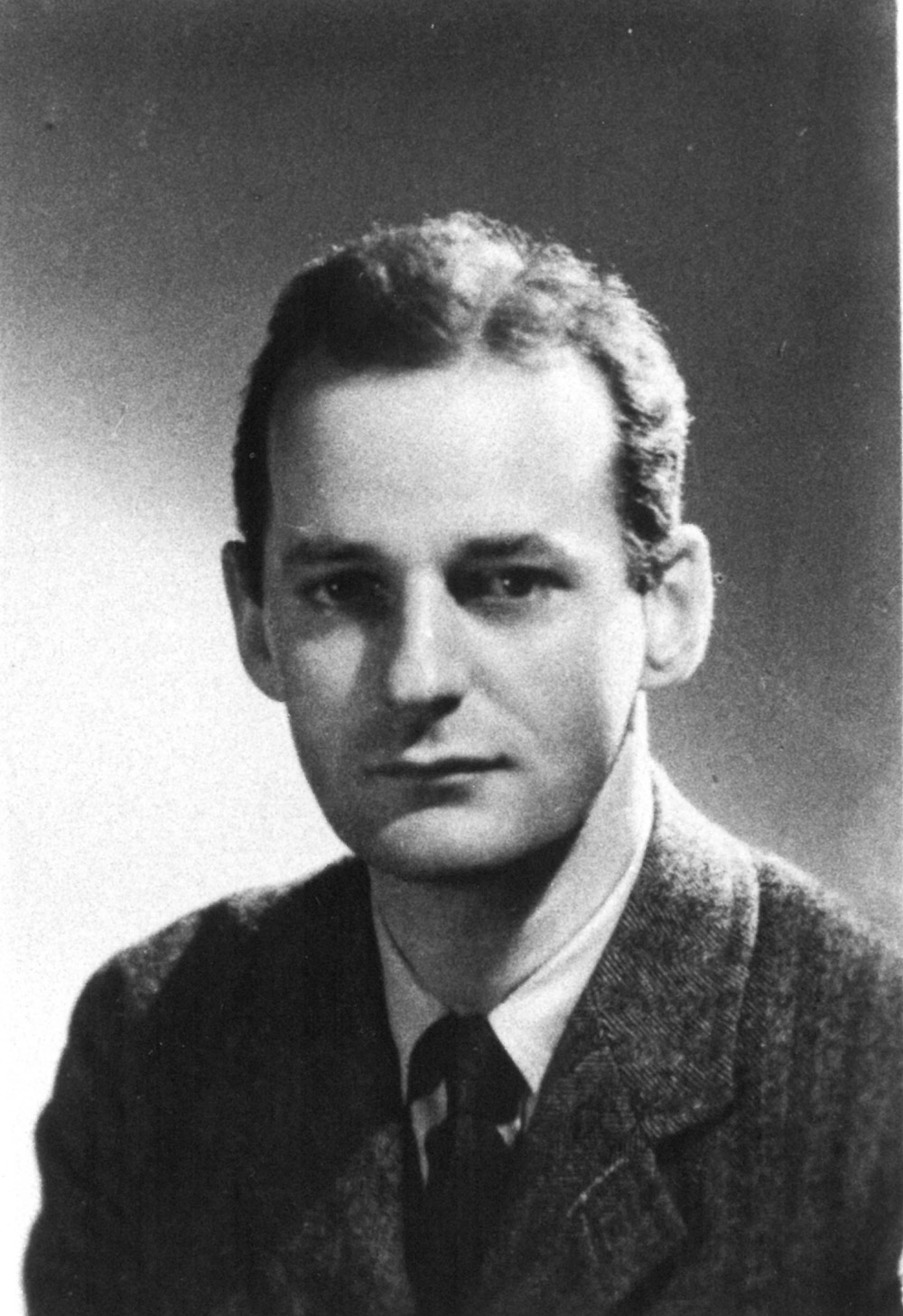 Lawrence Ferlinghetti was born in Bronxville, New York on March 24, 1919, son of Carlo Ferlinghetti, an immigrant from Brescia, Italy, and Clemence Mendes-Monsanto. Following his undergraduate years at the University of North Carolina at Chapel Hill, where he took a degree in journalism, he served in the U.S. Navy in World War II. He was a commander of three different submarine chasers in the Atlantic and saw action at the Normandy invasion. Later in the war, he was assigned to the attack transport USS Selinur in the Pacific. In 1945, just after the atomic bomb obliterated Nagasaki, he witnessed firsthand the horrific ruins of the city. This experience was the origin of his lifelong antiwar stance.

Ferlinghetti received a Master’s degree in English Literature from Columbia University in 1947 and a Doctorate de l’Université de Paris (Sorbonne) in 1950.

From 1951 to 1953, after he settled in San Francisco, he taught French in an adult education program, painted, and wrote art criticism. In 1953, with Peter D. Martin, he founded City Lights Bookstore, the first all-paperback bookshop in the country. For over sixty years the bookstore has served as a “literary meeting place” for writers, readers, artists, and intellectuals to explore books and ideas. 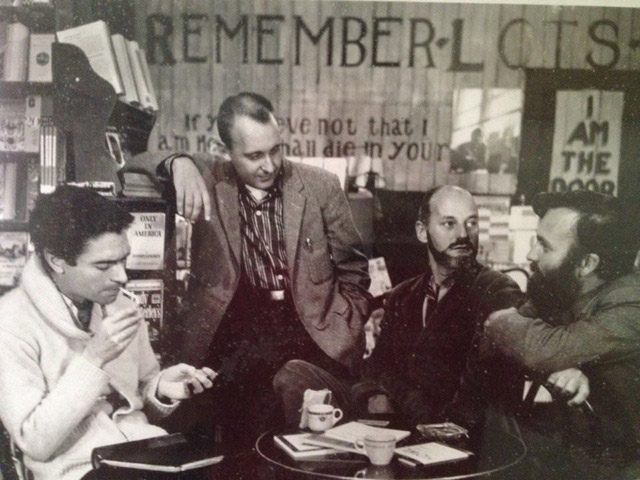 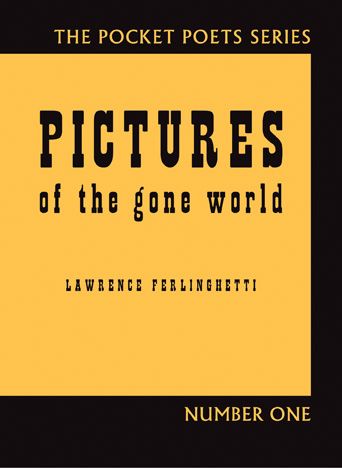 In 1955, Ferlinghetti launched City Lights Publishers with the Pocket Poets Series, extending his concept of a cultural meeting place to a larger arena. His aim was to present fresh and accessible poetry from around the world in order to create “an international, dissident ferment.” The series began in 1955 with his own Pictures of the Gone World; translations by Kenneth Rexroth and poetry by Kenneth Patchen, Marie Ponsot, Allen Ginsberg, William Carlos Williams, Robert Duncan, and Denise Levertov were soon added to the list.

Copies of Ginsberg’s Howl and Other Poems were seized by authorities in 1956 and Ferlinghetti was arrested and charged with selling obscene material. He defended Howl in court, a case that drew national attention to the San Francisco Renaissance and Beat Generation writers, many of whom he later published. (With a fine defense by the ACLU and the support of prestigious literary and academic figures, he was acquitted.) This landmark First Amendment case established a legal precedent for the publication of controversial work with redeeming social importance. 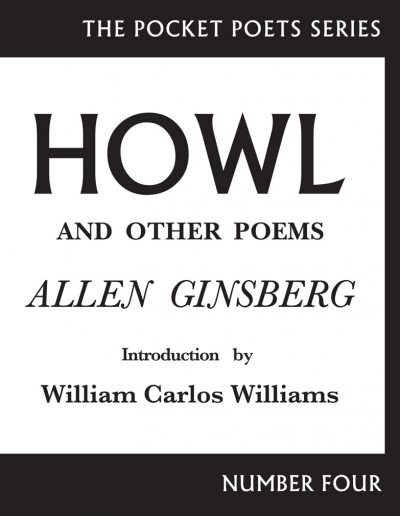 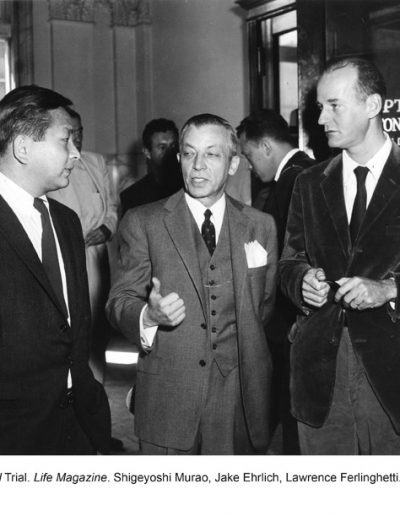 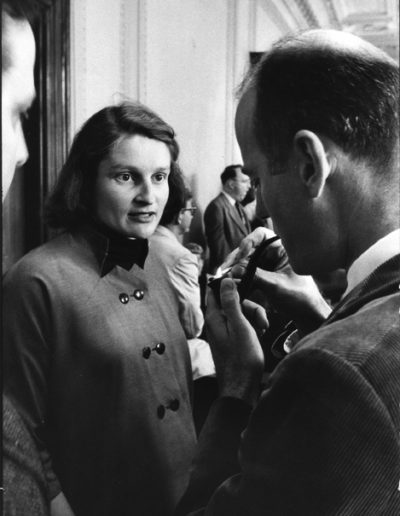 In the 1960s, Ferlinghetti plunged into a life of frequent travel—giving poetry readings, taking part in festivals, happenings, and literary/political conferences in Chile, Cuba, Germany, the USSR, Holland, Fiji, Australia, Nicaragua, Spain, Greece, and the Czech Republic—as well as in Mexico, Italy, and France, where he spent substantial periods of time. A resolute progressive, he spoke out on such crucial  political issues as the Cuban Revolution, the nuclear arms race, farm-worker organizing, the Vietnam War, the Sandanista and Zapatista struggles, the wars in the Middle East. 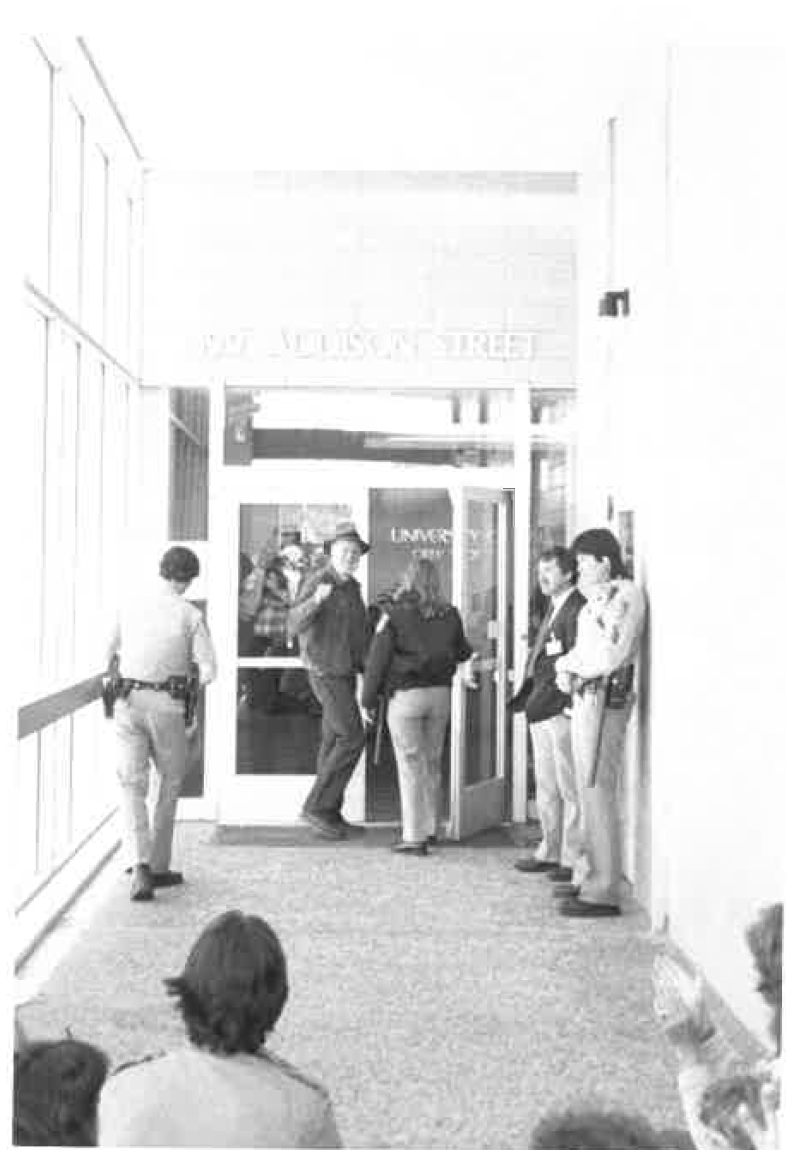 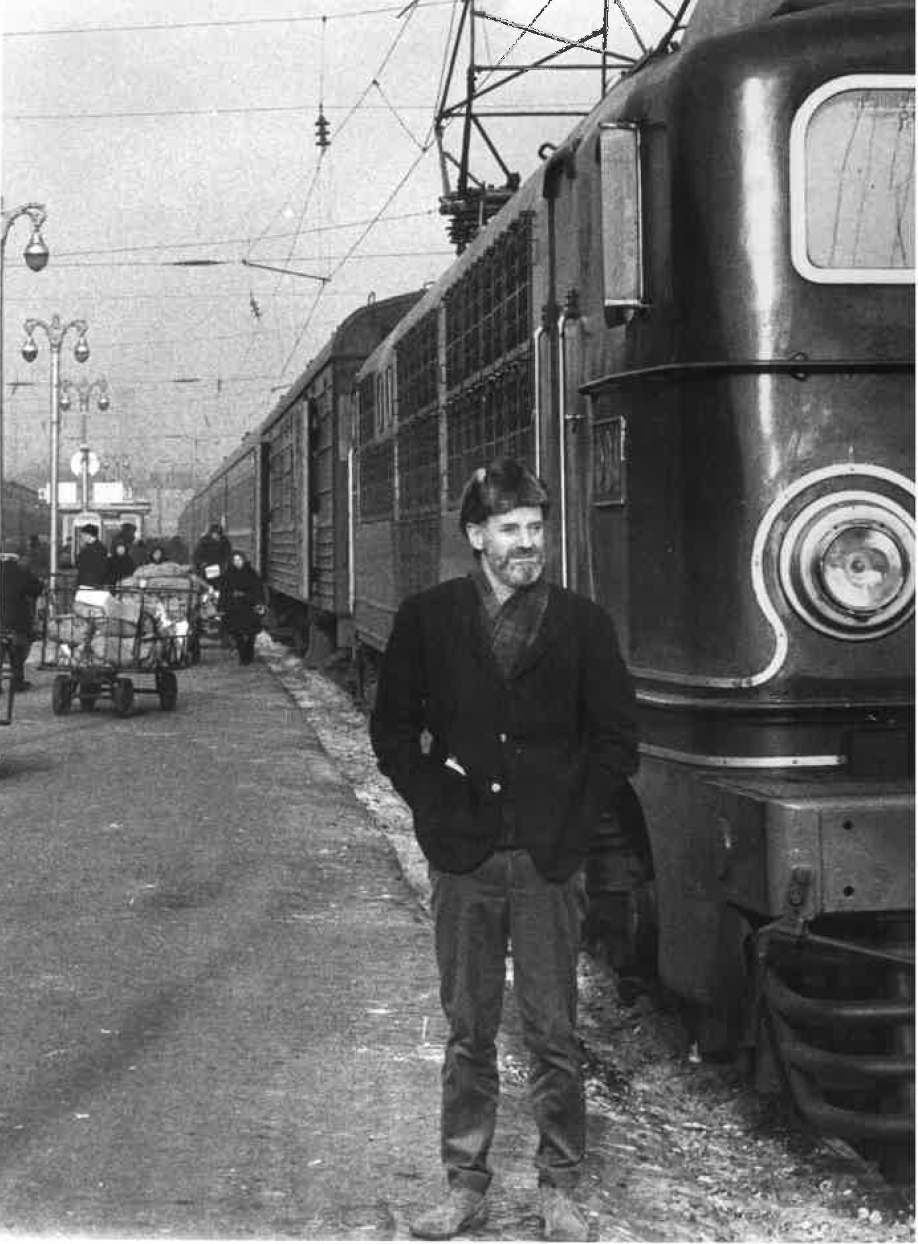 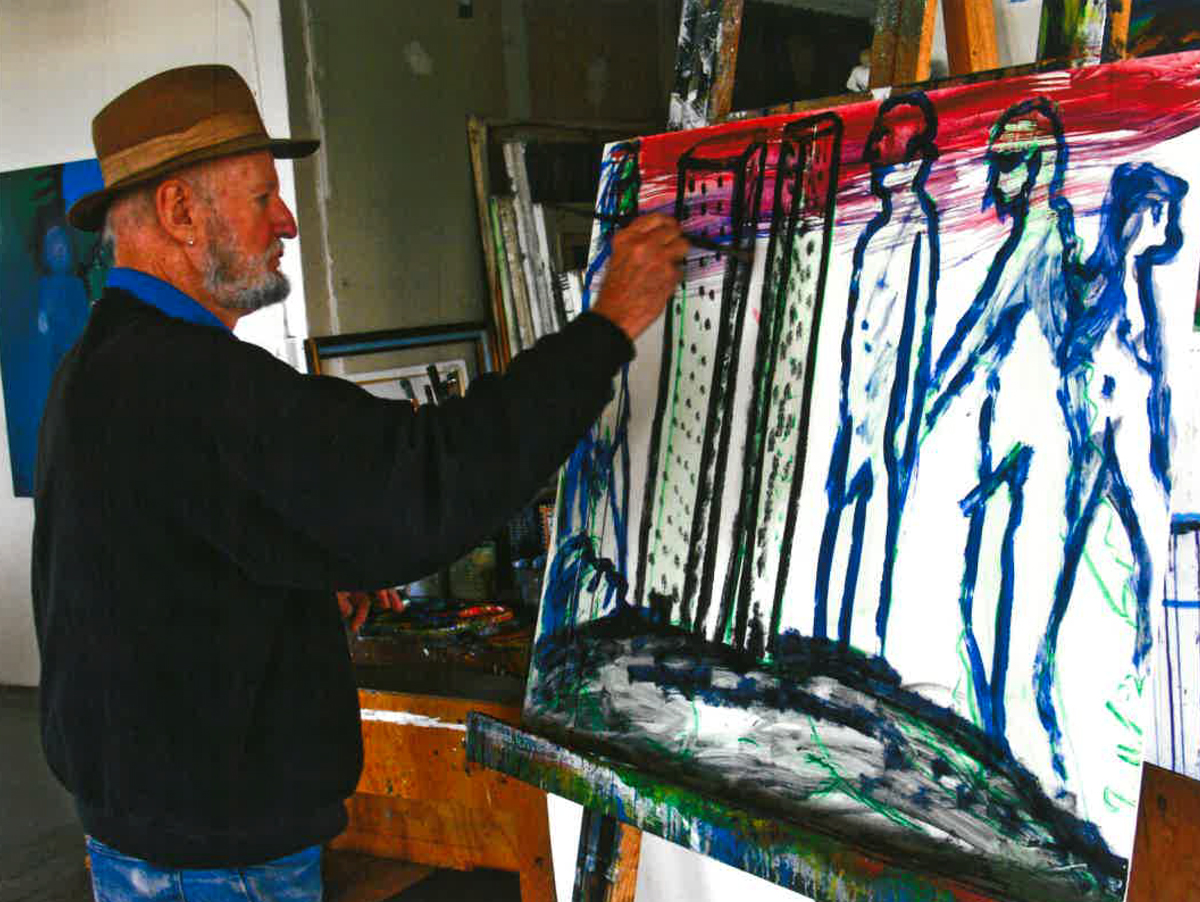 Lawrence Ferlinghetti’s paintings have been shown at a number of exhibitions and galleries in the U.S. and abroad. In the 1990s he was associated with the international Fluxus movement through the Archivio Francesco Conz in Verona. His work has been exhibited both nationally and internationally, including a 2010 retrospective at the Museo di Roma in Trastevere, Italy, and a group exhibition at the Centre Pompidou in Paris in 2016. His works are in the collections of the Smithsonian Museum of American Arts and the Fine Arts Museum of San Francisco, and were most recently exhibited at a one-man show at San Francisco’s Rena Bransten Gallery in July 2016.

Ferlinghetti was named San Francisco’s Poet Laureate in August 1998. He has been the recipient of numerous awards: the Los Angeles Times’ Robert Kirsch Award, the BABRA Award for Lifetime Achievement, the National Book Critics Circle Ivan Sandrof Award for Contribution to American Arts and Letters, the American Civil Liberties Union’s Earl Warren Civil Liberties Award, the Robert Frost Memorial Medal, and the Authors Guild Lifetime Achievement Award. In 2003, he was elected to the American Academy of Arts and Letters, and in 2005 the National Book Foundation gave him the inaugural Literarian Award for outstanding service to the American literary community. In 2007 he was named Commandeur, Ordre des Arts et des Lettres. In Italy, his poetry has been awarded the Premio Taormino, the Premio Camaiore, the Premio Flaiano, and the Premio Cavour. 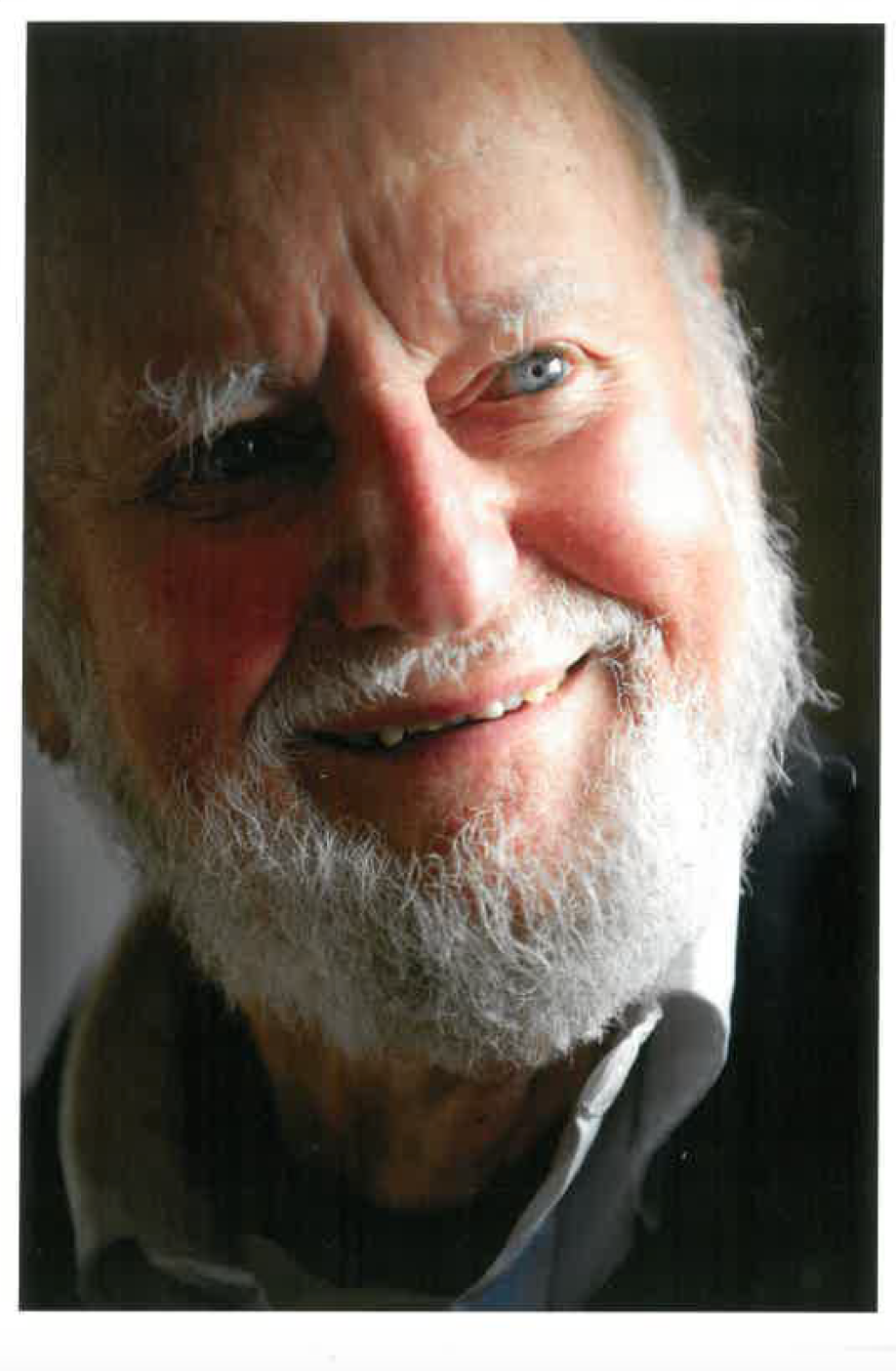 Ferlinghetti’s A Coney Island of the Mind (1968) continues to be one of the most popular poetry books in the U.S., with over 1,000,000 copies in print. Over a dozen Ferlinghetti books remain in print, and the author’s work has been translated into many languages. Among his poetry books are These Are My Rivers: Selected Poems (1993), A Far Rockaway of the Heart (1997), How to Paint Sunlight (2001), Americus Book I (2004), Poetry As Insurgent Art (2007), Time of Useful Consciousness (2012), and Blasts Cries Laughter (2014), all published by New Directions. His two novels are Her (1960) and Love in the Days of Rage (2001). City Lights issued an anthology of San Francisco poems in 2001. He is the translator of Paroles by Jacques Prévert (from French) and Roman Poems by Pier Paolo Passolini (from Italian.) In 2015, Liveright Publishing, a division of W.W. Norton, published his Writing Across the Landscape: Travel Journals (1960-2010). In 2017, New Directions published an anthology of his work titled Ferlinghetti’s Greatest Poems, and his last book, a new novel, titled Little Boy, was published on Ferlinghetti’s 100th birthday in 2019 by Doubleday.

Lawrence Ferlinghetti passed away in his longtime North Beach apartment in San Francisco on February 22, 2021. He was 101. 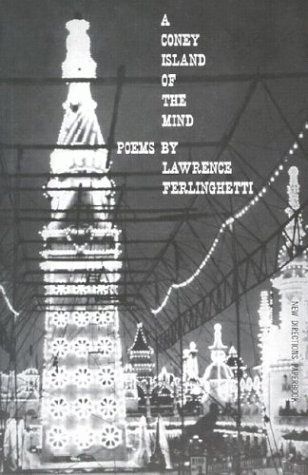 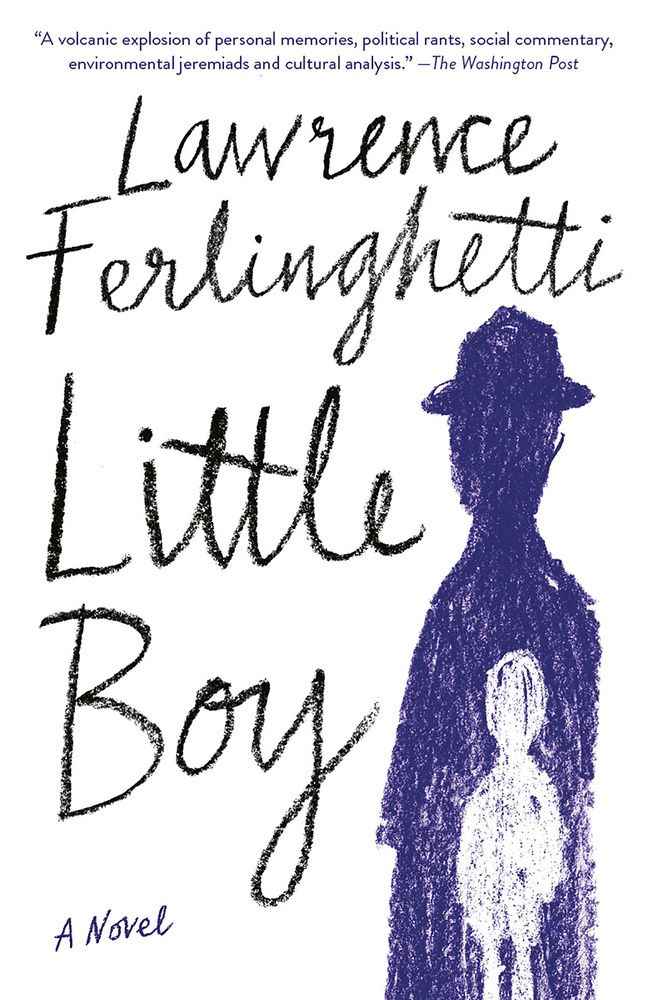 Lawrence Ferlinghetti, founder of City Lights Booksellers and Publishers is best known as the author of his classic poetry collection, A Coney Island of the Mind, which has been translated into nine languages. In 1998, he was named Poet Laureate of San Francisco. He is also a prolific translator, editor, essayist and the author of a novel, Love in the Days of Rage.

Ferlinghetti’s writing often reflects his views about politics and social issues of the time, and the artist’s role in the world. His last full-length poetry book was Time of Useful Consciousness (New Directions, 2012) with the chapbook-length book coming soon after, Blasts Cries Laughter (New Directions, 2014).

In 2015, City Lights published three books on the occasion of its 60th Anniversary as a publisher, spotlighting Ferlinghetti as a poet, publisher, and editor. The first is the City Lights Pocket Poets Anthology: 60th Anniversary Edition, featuring several poems selected by Ferlinghetti from each of the first 60 volumes in the landmark series. I Greet You at the Beginning of a Great Career: The Selected Correspondence of Lawrence Ferlinghetti and Allen Ginsberg 1955-1997 is edited by Bill Morgan and features letters, telegrams, and postcards taken from the 42-year relationship between poet and publisher. Pictures of the Gone World: 60th Anniversary Edition is a restored version of Lawrence Ferlinghetti’s first poetry book, which was also the first book published by City Lights and the first book in the famed Pocket Poets Series.

In September 2015, Liveright (a division of W.W. Norton) released Writing Across the Landscape: Travel Journals 1960-2010, a long-awaited collection of Ferlinghetti’s journal entries and recollections of his many world travels.

Just in time for his 99th birthday, New Directions published a new edition of selected poems in November 2017: Ferlinghetti’s Greatest Poems, edited by Nancy J. Peters. This edition features poems from his first books, A Coney Island of the Mind and Pictures of the Gone World, all the way up to his new poetry written in the 21st century. On the occasion of this 100th birthday in March 2019, Doubleday released a novel, Little Boy.

The City Lights archives are housed in the Bancroft Library at the University of California, Berkeley. 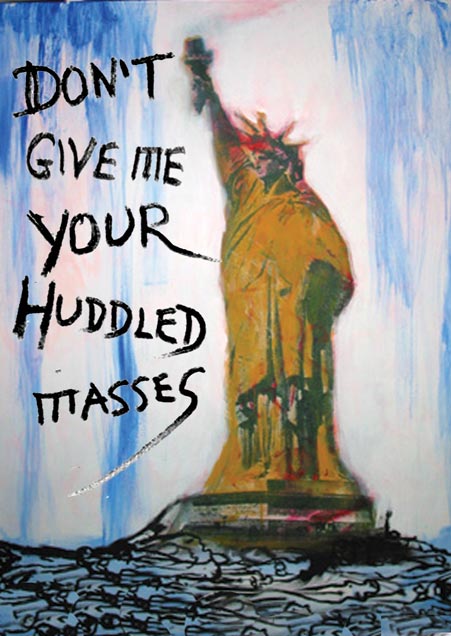 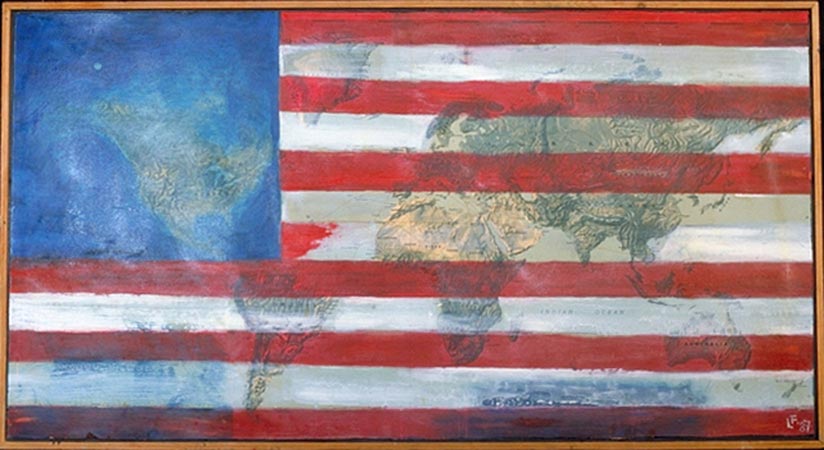 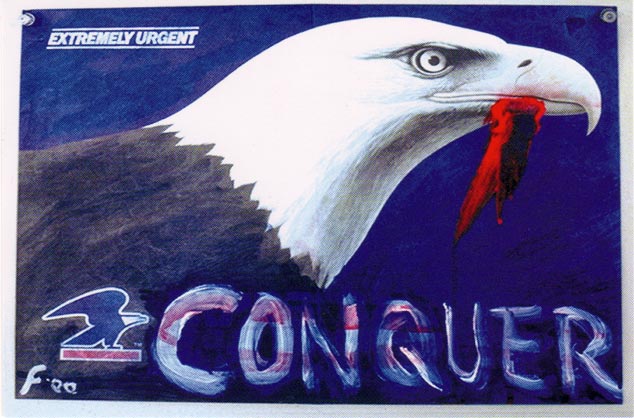 Find more at the official page for Ferlinghetti’s artwork: http://www.ferlinghettiart.com/