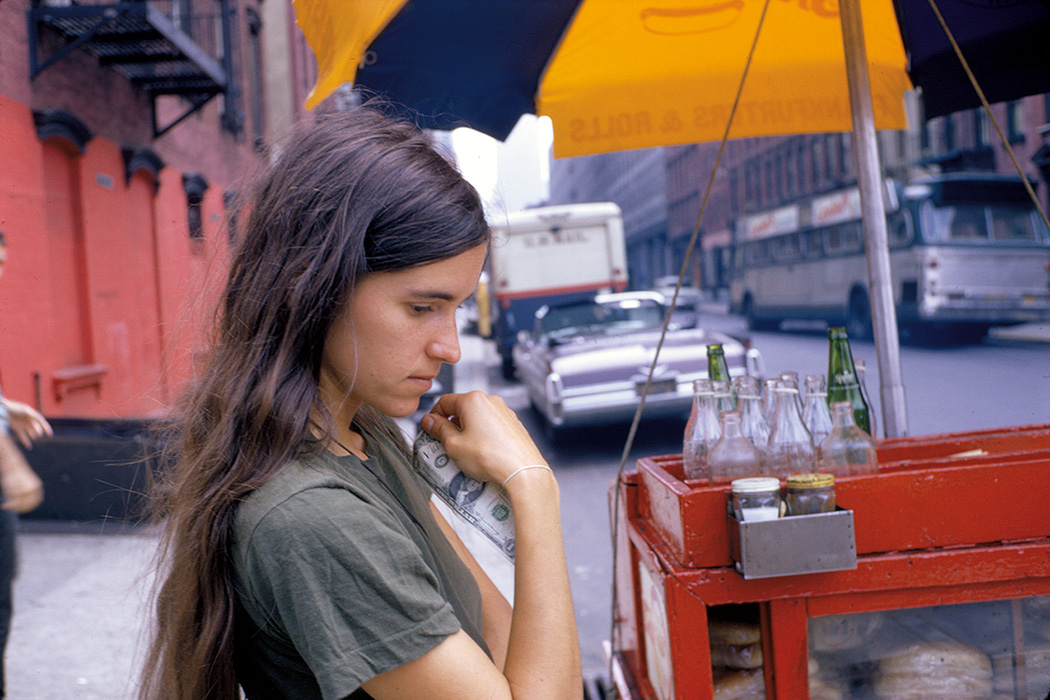 When I first looked up Bernadette Mayer on Wikipedia, there was just a single line; I think it was, “Bernadette Mayer is an American poet noted for her dancing.” Since then the entry has grown, but for decades this singular, all-embracing voice in American poetry was actually kind of a secret, which is astounding when you consider that her work is clamorous in its welcoming appeal, generous in its great erudition, formally brilliant, wise in its civic and political engagement, and funny as hell. She was a Transcendentalist who wrote about snowmobiles and Spongebob, a mother whose motherhood became both formal quality and theme of her poetry, a cranky New England pragmatist who also studied hypnagogic thought and precognition in whales, a utopian who wrote “Nobody owns the house.” But maybe this semi-secretness suited her; as she once said, “work your ass off to change the language and don’t ever get famous.” Luckily for us, now she is, at least in some measure.

Born in 1945, Mayer moved forth from the writing of her predecessors in American poetry with great confidence from the jump, in gleeful intelligent cutup, dada nonsense and collage. Often her poems are made up of overheard things, lists, lines lifted not so tacitly from other poems and poets, from anywhere at all. She wanted to make a record of all conscious thought and phenomena. But she also wrote easily in very “traditional” modes and voices, ending sonnets with romantic stately Alexandrine couplets. Her vocabulary was immense, and she used it with absolute equanimity. When, as a teenager, she took Bill Berkson’s class at the New School he handed back one of her pieces with “No More Gertrude Stein” written at the top. Bill told me Bernadette said she hadn’t really read any Stein by then, but whether or not this was true is beside the point. Legends never die, and Bernadette also said she wrote the entirety of her magisterial (and for me, and many others, life-altering) epic poem Midwinter Day in just one day. This is true, whether or not it’s factually accurate.

In Milkweed Smithereens, her most recent collection, published just weeks before her death last month on November 22, she begins a poem with the line “I have a craving to write.” Where else in contemporary poetry is that kind of primal “craving to write” anywhere near as abundantly evident in the writing itself? For Mayer, reading and writing were necessities, elemental and reciprocal as hunger and food. The ceaseless a priori nature of this interchange, its potential (terrifying, at times; at others, a source of hilarity or awe) to include any and everything, becomes both form and theme of her Studying Hunger Journals, where she writes, “My hunger creates a food that everybody needs. You or me?” On the next page, the refrain reappears, with the answer shifted slightly: “you and me.” You becomes me, and vice-versa, the writing like milk healthy issue, itself created from hunger, given organically to nourish the reading-writing of both poet and reader: “It is in honor of these crimes that I am writing this book [. . .] how to get rid of milk, the proof of all ache of all love is the start of the crime.”

Outlaw anti-capitalist reciprocity (Mutual Aid, the title of another of her books, is lifted from Kropotkin) appears everywhere in her work. Things are flipped, made equitable, porous: “But I am not just a woman, are you always a man,” “My hand’s your hand within this rhyme,” “poetry is as good as chocolate / chocolate’s as good as poetry.” It implies poems could be, and are, everywhere, and ought to be shared with everyone. Poetry State Forest, the title of (yet another) of her collections, suggests that the poems spring out of the ground to create a commons, or whatever might be left of that. In Desires of Mothers to Please Others in Letters, she writes, “sometimes the papers are telling us how good all this profusion is, just like and while some men and women are saying it’s too long, I can’t read it [. . .] Well it’s simple to see the simple truth in something but is someone doing us a service by not writing something, I can’t see that.”

Like Thoreau, one of her pole stars, she’s misanthropic and yet strangely an optimist. In an era where gate-keeping and professionalism have come to dominate cliques of the poetry scene, she merrily unfashionably and rebelliously thought everybody could be included, everyone should write a Utopia. “Surely joy is the condition of life,” wrote Thoreau, and who knows what Bernadette Mayer would have said to that, though she likely does respond to it somewhere, and I doubt she’d disagree. Maybe she’d qualify it a bit, rearrange the syntax, add footnotes. “Isn’t every day weird?” she asks, and elsewhere, “life’s too fucked up for words.” But then again life is lived in days, and as she ends the sonnet “Instability (Weather)”:

We were outrageously fortunate to have this iconoclastic genius and champion of the ordinary American lyric in our company for many days and years, quotidian and miraculous as they were. If you are just coming to her work, I envy you. It is a vast body of wild knowledge, and it changes the more closely you read it and return.