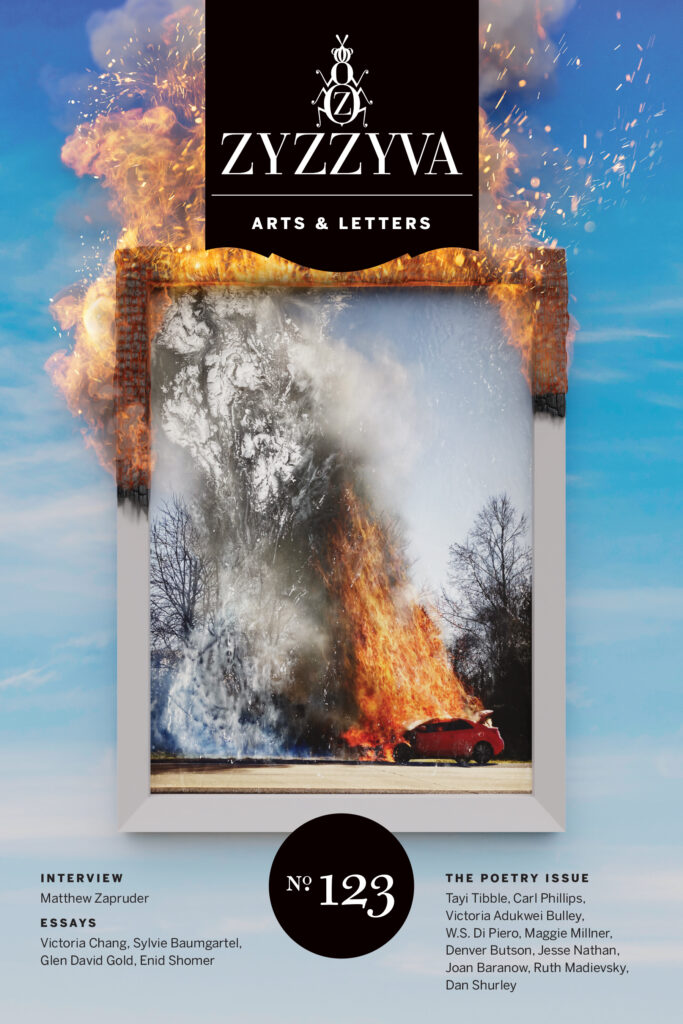 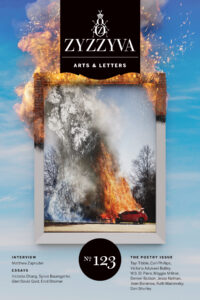 Hosted by by Oscar Villalon

with contributor appearances by

Reflecting the values that make San Francisco a cultural beacon, ZYZZYVA publishes a literary journal defined by its risk-taking and egalitarianism, and by its focus on inclusivity and excellence. With each issue, ZYZZYVA offers a meaningful consideration of the most urgent ethical concerns of our time, in part via themed issues on topics ranging from resistance, the border, and art to the environment, labor, and technology. They create substantial space for poetry, nonfiction, interviews, fiction, and art from an array of voices, resulting in a lively, thoughtful conversation in print, online, and in-person, across genres and generations, answering the need for a unique kind of engagement.

ZYZZYVA was founded in 1985 in San Francisco with the goal of publishing a superb literary journal shining a spotlight on West Coast poets, writers, and artists from a wide range of backgrounds, many of whom were otherwise overlooked by established publications, and providing them with a much needed platform. Since then, the organization has evolved: the journal is now a nationally distributed, widely acclaimed publication showcasing contributors from across the country and around the world, and ZYZZYVA’s impact extends far beyond the printed page. They host or participate in more than two dozen readings, panels, book festivals, and other events each year, and publish dozens of book reviews, author interviews, and original works of poetry and prose on our website annually. They also offer writing workshops, speak with college and graduate classes, and donate back issues to schools. In 2020, they marked 35 years of continuous publishing, celebrating more than three decades of enriching contemporary literature and supporting literary communities in the Bay Area and beyond.

About this issues’ contributors:

Maggie Millner is the author of Couplets: A Love Story, a novel in verse forthcoming from FSG (USA) and Faber (UK) in 2023. Her poems appear in The New Yorker, The Paris Review, The Nation, Poetry, ZYZZYVA, and elsewhere. She is a Lecturer at Yale and a senior editor at The Yale Review.

Victoria Adukwei Bulley is a poet, writer, and artist. She is the recipient of an Eric Gregory Award, and has held residencies in the U.S., Brazil, and the V&A Museum in London. Her debut collection of poems, Quiet (Faber), was published in February in the U.K.

Ruth Madievsky ‘s debut novel, “All-Night Pharmacy,” is forthcoming from Catapult in 2023. She is also the author of a poetry collection, Emergency Brake, and her work appears in The Atlantic, The Los Angeles Times, Harper’s Bazaar, American Poetry Review, and elsewhere. Originally from Moldova, she lives in Los Angeles, where she works as an HIV and primary care pharmacist. You can find her at ruthmadievsky.com and @ruthmadievsky.

Chris Carosi is the author of three chapbooks, and his poems have appeared most recently in ZYZZYVA, Berkeley Poetry Review, and Castle Grayskull, and he is a Pushcart nominee. He is the creator of the micropress Inverted Church, and lives in San Francisco.

Oscar Villalon is the managing editor of ZYZZYVA. His writing has appeared in several publications, including Freeman’s, Stranger’s Guide, and The Believer, and in the anthology There’s a Revolution Outside, My Love: Letters from a Crisis (Vintage). A former board member of the National Book Critics Circle, and a former book editor at the San Francisco Chronicle, he was the chair of the 2021 Pulitzer Prize fiction jury. He lives in San Francisco.

This event made possible by support from the City Lights Foundation.