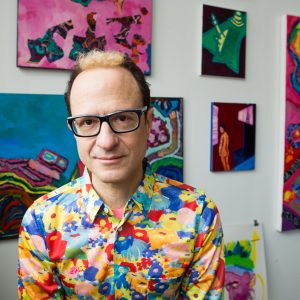 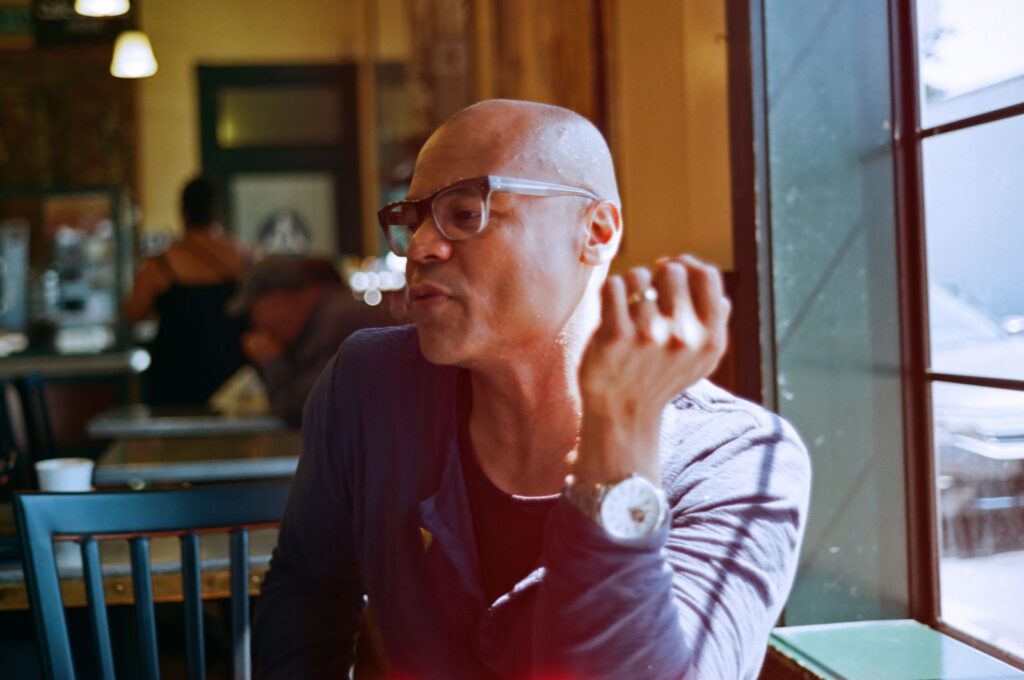 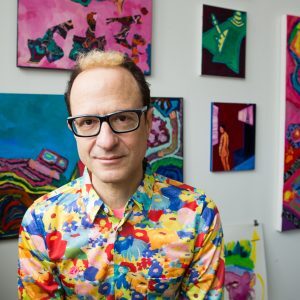 The fabulous Wayne Koestenbaum reads from “Ultramarine” the third and final volume of his acclaimed trance poem trilogy.

Wayne Koestenbaum celebrates the publication of

Ultramarine distills four years of Koestenbaum’s trance notebooks (2015–2019) into a series of tightly-sewn collage-poems, filled with desiring bodies, cultural touchstones, and salty memories. Beyond Proust’s madeleine we head toward a “deli” version of utopia, crafted from hamantaschen, cupcake, and cucumber. Painting and its processes bring bright colors to the surface. Through interludes in Rome, Paris, and Cologne, Ultramarine reaches across memory, back to Europe, beyond the literal world into dream-habitats conjured through language’s occult structures.

The other two books in the trance poem trilogy are Camp Marmalade and The Pink Trance Notebooks.

Pink Trance Notebooks is the product of the year Wayne Koestenbaum stopped keeping the traditional journal he had maintained for three decades and began a series of “trance notebooks” as a way to reflect an intensified, unmoored consciousness. The resulting sequence of 34 assemblages reflects Koestenbaum’s unfettered musings, findings, and obsessions. Freed from the conventions of prose, this concatenation of the author’s intimate observations and desires lets loose a poetics of ecstatic praxis—voiced with aplomb and always on point.

“Wayne Koestenbaum is one of the most original and relentlessly obsessed cultural spies writing today. His alarmingly focused attention to detail goes beyond lunacy into hilarious and brilliant clarity.” -JOHN WATERS

Wayne Koestenbaum is a poet, critic, fiction-writer, artist, filmmaker, performer—has published 22 books, including The Cheerful Scapegoat, Figure It Out, Camp Marmalade, My 1980s & Other Essays, The Anatomy of Harpo Marx, Humiliation, Hotel Theory, Circus, Andy Warhol, Jackie Under My Skin, and The Queen’s Throat (nominated for a National Book Critics Circle Award). His most recent book, Ultramarine, the third volume of his trance trilogy, was published by Nightboat in February 2022. His first feature-length film, The Collective, premiered at UnionDocs (New York) in 2021. In 2020 he received an American Academy of Arts and Letters Award in Literature. Yale’s Beinecke Rare Book and Manuscript Library acquired his literary archive in 2019. He is a Distinguished Professor of English, French, and Comparative Literature at the City University of New York Graduate Center.

Ronaldo V. Wilson, PhD, is the author of Virgil Kills (Nightboat Books, 2022); Narrative of the Life of the Brown Boy and the White Man (University of Pittsburgh Press, 2008), winner of the Cave Canem Prize; Poems of the Black Object (Futurepoem, 2009), winner of the Thom Gunn Award for Gay Poetry and the Asian American Literary Award in Poetry. His latest books are Farther Traveler: Poetry, Prose (Counterpath Press, 2014), finalist for a Thom Gunn Award for Gay Poetry, Lucy 72 (1913 Press, 2018); and Carmelina, Figures: An Artist’s Book (Wendy’s Subway, 2021). Co-founder of the Black Took Collective, he is Professor of Creative Writing and Literature at the University of California, Santa Cruz, serving on the core faculty of the Creative Critical PhD Program, and principal faculty member of CRES (Critical Race and Ethnic Studies).