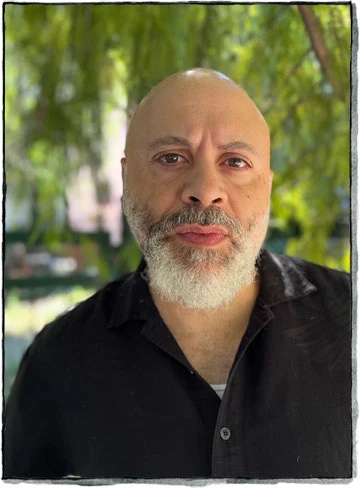 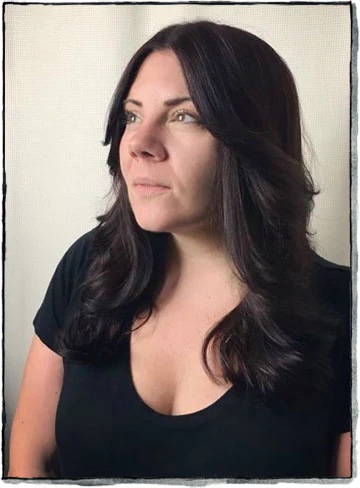 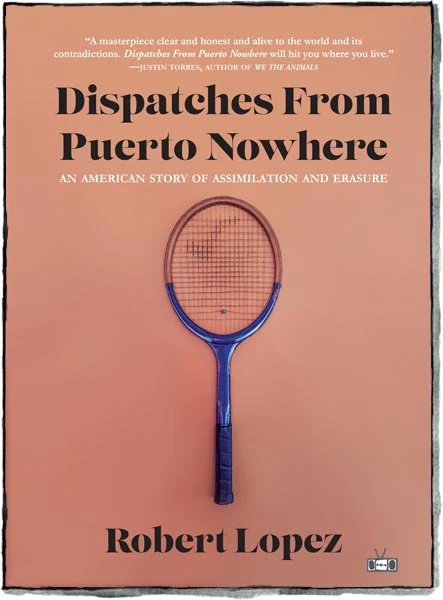 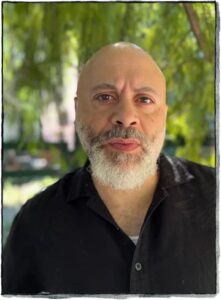 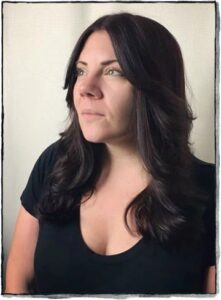 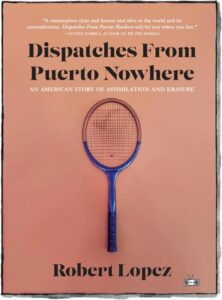 Robert Lopez celebrates the publication of “Dispatches From Puerto Nowhere: An American Story of Assimilation and Erasure” published by Two Dollar Radio

Robert Lopez celebrates the publication of

“Dispatches From Puerto Nowhere: An American Story of Assimilation and Erasure”

Robert Lopez’s grandfather Sixto was born in Mayaguez, Puerto Rico, in 1904, immigrating to the United States in the 1920s, where he lived in a racially proportioned apartment complex in East New York, Brooklyn, until his death in 1987. The family’s efforts to assimilate within their new homeland led to the near complete erasure of their heritage, culture, and language within two generations.

Little is known of Sixto—he may have been a longshoreman, a painter, or a boxer, but was most likely a longshoreman—or why he originally decided to leave Puerto Rico, other than that he was a meticulously slow eater who played the standup keyboard and guitar, and enjoyed watching baseball. Through family recollection, the constant banter volleyed across nets within Brooklyn’s diverse tennis community, as well as an imagined fabulist history drawn from Sixto’s remembered traits, in Dispatches From Puerto Nowhere: An American Story of Assimilation and Erasure, Robert Lopez paints a compassionate portrait of family that attempts to bridge the past to the present, and re-claim a heritage threatened by assimilation and erasure.

Robert Lopez is the author of the novels, Part of the World and Kamby Bolongo Mean River, named one of 25 important books of the decade by HTML Giant, and All Back Full; two story collections, Asunder and Good People, and a novel-in-stories titled A Better Class of People. His fiction, nonfiction, and poetry has appeared in dozens of publications, including Bomb, The Threepenny Review, Vice Magazine, New England Review, The Sun, and the Norton Anthology of Sudden Fiction – Latino. He teaches at Stony Brook University and has previously taught at Columbia University, The New School, Pratt Institute, and Syracuse University. He lives in Brooklyn, New York. Find out more about the author here: robertlopez.net

Sarah Rose Etter is the author of Tongue Party (Caketrain Press). Her work has appeared or is forthcoming in The Cut, Electric Literature, VICE, Guernica, Philadelphia Weekly, and more. She is the recipient of writing residencies at the Disquiet International Program in Portugal, and the Gullkistan Creative Program in Iceland. She earned her MFA from Rosemont College. She lives in San Francisco.

This even is made possible by support from the City Lights Foundation. To learn more visit: https://citylights.com/foundation/