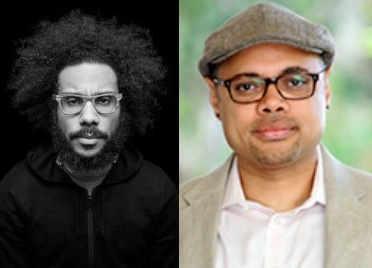 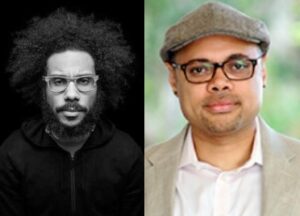 Quenton Baker celebrates the publication of

Against the Carceral Archive: The Art of Black Liberatory Practice

A poetic sequence using the 1841 slave revolt aboard the brig Creole as a lens through which to view the vitality of Black lives and the afterlife of slavery.

In 1841, the only successful, large-scale revolt of American-born enslaved people erupted on the ship Creole. 135 people escaped chattel slavery that day. The event was recounted in US Senate documents, including letters exchanged between US and British consulates in The Bahamas and depositions from the white crew on the ship. There is no known record or testimony from the 135 people who escaped. Their story has been lost to time and indifference. Quenton Baker’s ballast is an attempt at incomplete redress.

With imagination, deep empathy, and skilled and compelling lyricism, Baker took a black marker to those Senate documents and culled a poetic recount of the Creole revolt. Layers of ink connect readers to Baker’s poetic process: (re)phrasing the narrative of the state through a dexterous process of hands-on redactions.

ballast is a relentless, wrenching, and gorgeously written book, a defiant reclamation of one of the most important but overlooked events in US history, and an essential contribution to contemporary poetry.

Quenton Baker is a poet, educator, and Cave Canem fellow. Their current focus is black interiority and the afterlife of slavery. Their work has appeared in The Offing, jubilat, Vinyl, The Rumpus, and elsewhere.They are a two-time Pushcart Prize nominee and the recipient of the2018 Arts Innovator Award from Artist Trust. They were a 2019 Robert Rauschenberg Artist in Residence and a 2021 NEA Fellow. They are the author of This Glittering Republic (Willow Books, 2016) and we pilot the blood (The 3rd Thing, 2021). Visit http://quentonbaker.com/ to learn more about their work.

About Against the Carceral Archive

Against the Carceral Archive is a meditation upon what author Damien M. Sojoyner calls the “carceral archival project,” offering a distillation of critical, theoretical, and activist work of prison abolitionists over the past three decades. Working from five collections at the Southern California Library (Black Panthers, LA Chapter; the Coalition Against Police Abuse; Urban Policy Research Institute; Mothers Reclaiming our Child; and the collection of geographer Clyde Woods), it builds upon theories of the archive to examine carcerality as the dominant mode of state governance over Black populations in the United States since the 1960s.

Each chapter takes up an element of the carceral archive and its destabilization, destruction and containment of Black life: its notion of the human and the production of “pejorative blackness,” the intimate connection between police and military in the protection of racial capitalism and its fossil-fuel based economy, the role of technology in counterintelligence and counterinsurgency logics. Importantly, each chapter also emphasizes the carceral archive’s fundamental failure to destroy “Black communal logics” and radical Black forms of knowledge production, both of which contest the carceral archive and create other forms of life in its midst.

Concluding with a statement on the reckoning with the radical traditions of thought and being which liberation requires, Sojoyner offers a compelling argument for how the centering of Blackness enables a structuring of the mind that refuses the violent exploitative tendencies of western epistemological traditions as viable life-affirming practices.

In Against the Carceral Archive, Damien Sojoyner shows how antiblack state violence creates its own archive as it permeates the modern processes of city planning, institution building, and law-and-order. Scholars, teachers, and researchers of all kinds will be activated and intellectually emboldened by this book’s deep demystifications of police power, juridical violence, and carceral domestic warfare.—Dylan Rodríguez, author of White Reconstruction: Domestic Warfare and the Logics of Genocide