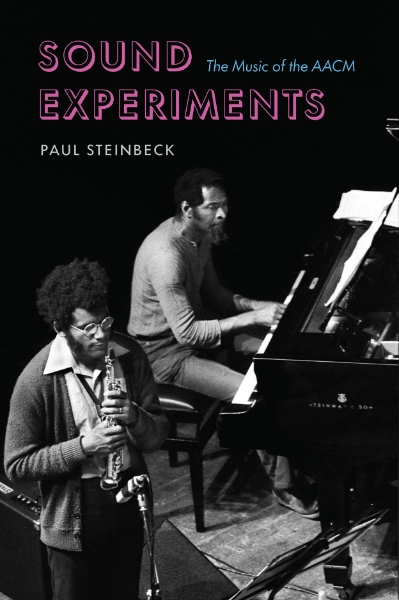 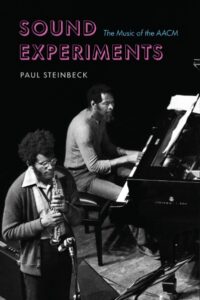 Paul Steinbeck on SOUND EXPERIMENTS: The Music of the AACM

Paul Steinbeck in conversation with Richard Scheinin celebrating the publication of Sound Experiments: The Music of the AACM, by Paul Steinbeck,
published by University of Chicago Press

Sound Experiments: The Music of the AACM
By Paul Steinbeck
Published by University of Chicago Press

A groundbreaking study of the trailblazing music of Chicago’s AACM, a leader in the world of jazz and experimental music.

Founded on Chicago’s South Side in 1965 and still thriving today, the Association for the Advancement of Creative Musicians (AACM) is the most influential collective organization in jazz and experimental music. In Sound Experiments, Paul Steinbeck offers an in-depth historical and musical investigation of the collective, analyzing individual performances and formal innovations in captivating detail. He pays particular attention to compositions by Muhal Richard Abrams and Roscoe Mitchell, the Association’s leading figures, as well as Anthony Braxton, George Lewis (and his famous computer-music experiment, Voyager), Wadada Leo Smith, and Henry Threadgill, along with younger AACM members such as Mike Reed, Tomeka Reid, and Nicole Mitchell.

Sound Experiments represents a sonic history, spanning six decades, that affords insight not only into the individuals who created this music but also into an astonishing collective aesthetic. This aesthetic was uniquely grounded in nurturing communal ties across generations, as well as a commitment to experimentalism. The AACM’s compositions broke down the barriers between jazz and experimental music and made essential contributions to African American expression more broadly. Steinbeck shows how the creators of these extraordinary pieces pioneered novel approaches to instrumentation, notation, conducting, musical form, and technology, creating new soundscapes in contemporary music.

Paul Steinbeck is associate professor of music at Washington University in St. Louis. He is the author of Message to Our Folks: The Art Ensemble of Chicago and coauthor of Exercises for the Creative Musician.

Richard Scheinin is the staff writer for SF Jazz. He has written for GQ and Rolling Stone and is the author of Field of Screams: The Dark Underside of America’s National Pastime (W.W. Norton), a history of baseball. During his 25-plus years based at The Mercury News, his work has been submitted for Pulitzer Prizes for reporting on religion, classical music and jazz. He shared in the Pulitzer Prize awarded to the Mercury News staff for coverage of the Loma Prieta earthquake. He has profiled hundreds of public figures, from Ike Turner to Tony La Russa.