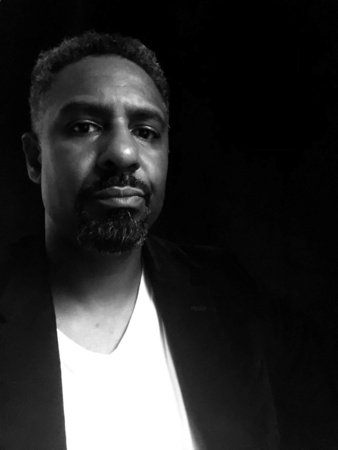 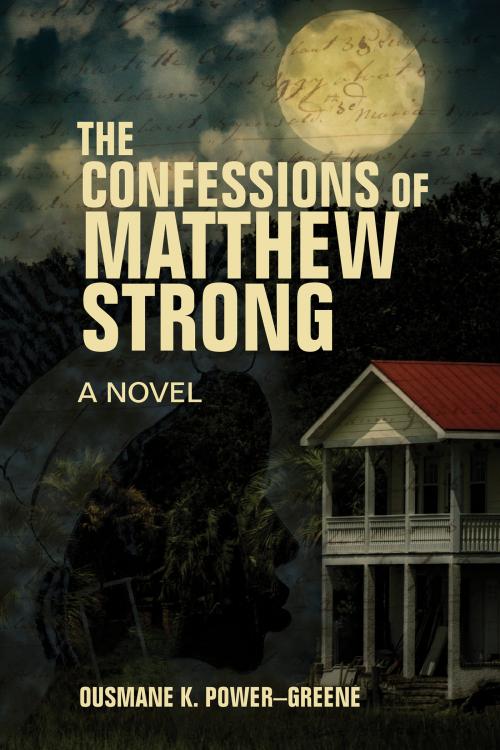 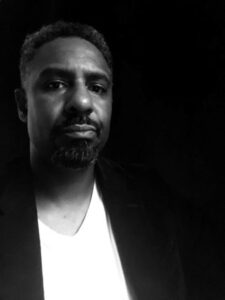 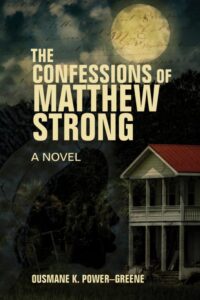 Ousmane K. Power-Greene in conversation with Alena A. Hairston

Ousmane K. Power-Greene in conversation with Alena A. Hairston celebrating the publication of The Confessions of Matthew Strong: A Novel published by The Other Press. A wildly original, incendiary story about race, redemption, the dangerous imbalances that continue to destabilize society, and speaking out for what’s right.

Ousmane K. Power-Greene in conversation with Alena A. Hairston

The Confessions of Matthew Strong: A Novel

published by The Other Press

A wildly original, incendiary story about race, redemption, the dangerous imbalances that continue to destabilize society, and speaking out for what’s right.

One could argue the story begins the night Allegra Douglass is awarded Distinguished Chair in Philosophy at her top-tier university in New York—the same night her grandmother dies—or before that: the day Allie left Birmingham and never looked back. Or even before that: the day her mother disappeared. But for our purposes Allie’s story begins at the end, when she is finally ready to tell her version of what happened with a white supremacist named Matthew Strong.

From the beginning, Allie had the clues: in a spate of possibly connected disappearances of other young Black women; in a series of recently restored plantation homes; in letters outlining an uprising; in maps of slave trade routes and old estates; in hidden caves and buried tunnels; and finally, in a confessional that should never have existed. They just have to make a case strong enough for the FBI and police to listen. This is when Allie herself disappears.

Allie is a survivor. She survived the newly post-Jim Crow south, she survived cancer, and she will survive being stalked and kidnapped by Matthew Strong, who seeks to ignite a revolution. The surprise in this doesn’t lie in the question of will she be taken; it lies in how she and her community outsmart a tactical madman.

Ousmane K. Power-Greene is the Program Director of Africana Studies and an Associate Professor of History at Clark University. Power-Greene is the author of Against Wind and Tide: The African American Struggle Against the Colonization Movement, and his writing appears in The Harlem Renaissance Revisited: Politics, Arts, and Letters. He’s been featured on All Things Considered, C-SPAN Book TV, and NPR’s history podcast Throughline.

Alena A. Hairston is an award-winning author and college/university educator, specializing in English literature and composition, creative writing, Multi-Ethnic Literature, African American Literature, and Social Justice literature. She has published award-winning works, most notably the poetry collection The Logan Topographies and selections in the groundbreaking anthology Angles of Ascent: A Norton Anthology of Contemporary African American Poetry. She is currently a Professor of English at Fresno City College and an adjunct English Professor at Holy Names University. She has developed and teaches courses in African American literature and Social Justice literature, as well as courses in the First Year Writing Program.

Praise for the work of Ousmane K. Power-Greene:

“The grandeur of the Harlem Renaissance beautifully backgrounds The Confessions of Matthew Strong. Fitting because, like Rudolph Fisher and Zora Neale Hurston, Power-Greene knows from slave shackle to noose to the nightly news, the black experience in America has been a perpetual crime story. This moving and exceedingly sharp thriller shreds the pretense that America’s murderous history is a ‘whodunit’ and not a ‘wedunit.’” —Paul Beatty, author of The Sellout

“Ousmane K. Power-Greene is a writer who always thrills and challenges. His work is thoughtful and provocative, moving and meaningful. He’s the real deal.” —Victor LaValle, author of The Changeling