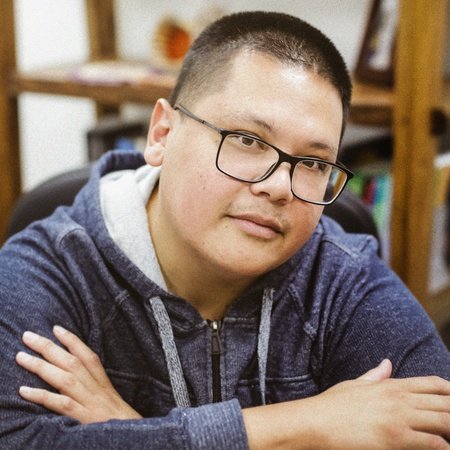 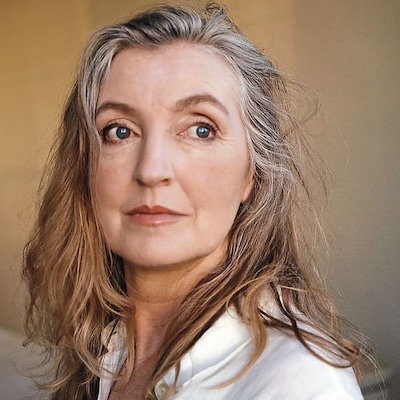 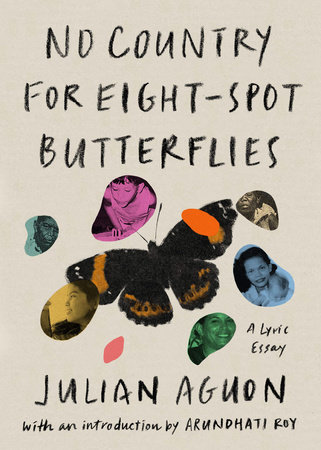 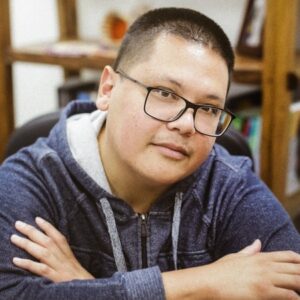 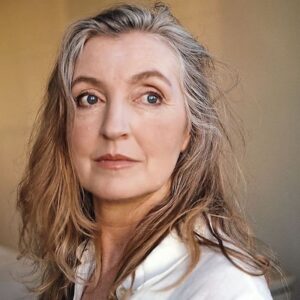 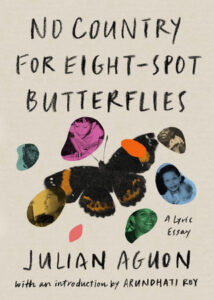 Julian Aguon in conversation with Rebecca Solnit celebrating the publication of No Country for Eight-Spot Butterflies: A Lyric Essay by Julian Aguon, published by Astra Publishing. This event will take place in Kerouac Alley, between City Lights and Vesuvio Cafe, between Columbus and Grant Avenues. It is free to the public. We highly recommend the wearing of facial covering for this event.

celebrating the publication of
No Country for Eight-Spot Butterflies: A Lyric Essay
by Julian Aguon
published by Astra Publishing

A collection of essays on resistance, resilience, and collective power in the age of climate disaster from Chamorro human rights lawyer and organizer Julian Aguon.

Part memoir, part manifesto, Chamorro climate activist Julian Aguon’s No Country for Eight-Spot Butterflies is a coming-of-age story and a call for justice—for everyone, but in particular, for Indigenous peoples. In bracing poetry and compelling prose, Aguon weaves together stories from his childhood in the villages of Guam with searing political commentary about matters ranging from nuclear weapons to global warming. Undertaking the work of bearing witness, wrestling with the most pressing questions of the modern day, and reckoning with the challenge of truth-telling in an era of rampant obfuscation, he culls from his own life experiences—from losing his father to pancreatic cancer to working for Mother Teresa to an edifying chance encounter with Sherman Alexie—to illuminate a collective path out of the darkness.

A powerful, bold, new voice writing at the intersection of Indigenous rights and environmental justice, Julian Aguon is entrenched in the struggles of the people of the Pacific to liberate themselves from colonial rule, defend their sacred sites, and obtain justice for generations of harm. In No Country for Eight-Spot Butterflies, Aguon shares his wisdom and reflections on love, grief, joy, and triumph and extends an offer to join him in a hard-earned hope for a better world.

Julian Aguon is a Chamorro human rights lawyer and defender from Guam. He is the founder of Blue Ocean Law, a progressive firm that works at the intersection of Indigenous rights and environmental justice; and serves on the council of Progressive International—a global collective with the mission of mobilizing progressive forces around the world behind a shared vision of social justice. He lives in the village of Yona. Visit julianaguon.com

Rebecca Solnit is a writer, historian, and activist. She is the author of more than twenty books on feminism, western and indigenous history, popular power, social change and insurrection, wandering and walking, hope and disaster, including Whose Story Is This?, Call Them By Their True Names (Winner of the 2018 Kirkus Prize for Nonfiction), Cinderella Liberator, Men Explain Things to Me, The Mother of All Questions, and Hope in the Dark, and co-creator of the City of Women map, all published by Haymarket Books; a trilogy of atlases of American cities, The Faraway Nearby, A Paradise Built in Hell: The Extraordinary Communities that Arise in Disaster, A Field Guide to Getting Lost, Wanderlust: A History of Walking, and River of Shadows: Eadweard Muybridge and the Technological Wild West (for which she received a Guggenheim, the National Book Critics Circle Award in criticism, and the Lannan Literary Award). Her memoir, Recollections of My Nonexistence, was released in March, 2020. A product of the California public education system from kindergarten to graduate school, she is a columnist at the Guardian and a regular contributor to Literary Hub.

This event was made possible from support by the City Lights Foundation.