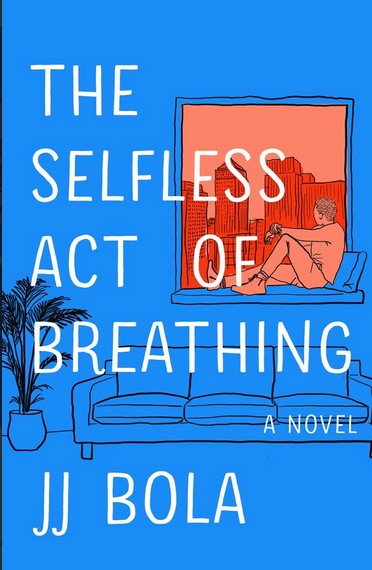 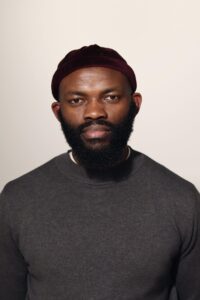 The Selfless Act Of Breathing

published by Simon and Schuster

The Selfless Act Of Breathing follows the life of Michael Kabongo, a British-Congolese teacher living in London on the cusp of two identities. On paper, he seems to have it all: He’s beloved by his students, popular with his coworkers, and the pride and joy of a mother who emigrated from the Congo to the UK in search of a better life. But behind closed doors, he’s been struggling with the overwhelming sense that he can’t address the injustices he sees raging before him—from his relentless efforts to change the lives of his students for the better to his attempts to transcend the violence and brutality that marginalizes young Black men around the world.

Then one day he suffers a devastating loss, and his life is thrown into a tailspin. As he struggles to find a way forward, memories of his fathers’ violent death, the weight of refugeehood, and an increasing sense of dread threaten everything he’s worked so hard to achieve. Longing to escape the shadows in his mind and start anew, Michael decides to spontaneously pack up and go to America, the mythical “land of the free,” where he imagines everything will be better, easier—a place where he can become someone new, someone without a past filled with pain.

On this transformative journey, Michael travels everywhere from New York City to San Francisco, partying with new friends, sparking fleeting romances, and splurging on big adventures, with the intention of living the life of his dreams until the money in his bank account runs out.

Written in spellbinding prose, with Bola’s trademark magnetic storytelling, The Selfless Act of Breathing takes us on a wild ride to odd but exciting places as Michael makes surprising new connections and faces old prejudices in new settings.

JJ Bola is a writer, poet, and UNHCR Ambassador. He is the author of three poetry collections—Elevate, Daughter of the Sun, and WORD—which were later all published in one definitive collection called Refuge; a novel, No Place Like Home; and Mask Off: Masculinity Redefined, which exposes masculinity as a socially-conditioned performance. He was one of Spread the Word’s Flight Associates 2017 and a Kit de Waal Scholar for the Birkbeck University MA in Creative Writing. As a former refugee, JJ Bola was invited to the Davos Economic Forum 2018 and held a discussion with Cate Blanchett. JJ reads, speaks, gives workshops, and performs around the world. He currently resides in London, England.

Praise for The Selfless Act Of Breathing:

“Solid writing and sensitive insights make this one a winner.” – Kirkus Reviews

“In a world that makes it difficult for many of us to articulate our suffering, The Selfless Act of Breathing is a necessary invitation to scream when we feel like screaming, cry when we feel like crying, and prioritize our own often-neglected needs for love. JJ Bola crafted a soul-shifting novel that will let millions know it’s okay to not be okay, and that the one of the most rewarding, and healing, places we can travel is into ourselves. The unwavering courage and care that Bola demonstrates with this work is to be revered.” – Mateo Askaripour, New York Times bestselling author of Black Buck

“The Selfless Act of Breathing feels existential and urgent as a millennial Mrs. Dalloway for a Black man who must straddle two worlds, two cultures, and two timelines, deciding where—and if—he wants to live. With prose as intimate as a private diary, as lush as spoken-word poetry, JJ Bola has artfully rendered this portrait of depression at once achingly empathetic and remarkably insightful.”— Afia Atakora, American Historian Prize Winning author of Conjure Women

“Bola proves himself a master of mood and empathy. Altogether, his novel is an excellent and heartrending effort.” – Booklist

“Narrated with haunting lyricism, The Selfless Act of Breathing is an intimate journey through the darkest of human impulses to the gleaming flickers of love and radical hope.”— Susan Abulhawa, Palestine Book Award-winning author of Against the Loveless World