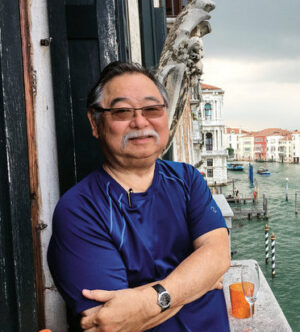 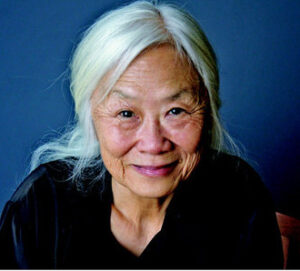 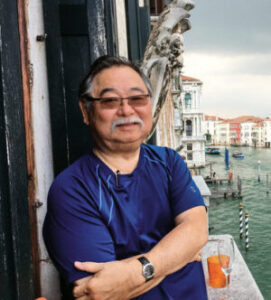 Garrett Hongo in conversation with Maxine Hong Kingston. Celebrating the launch of Garrett Hongo’s new book The Perfect Sound: A Memoir in Stereo

The Perfect Sound: A Memoir in Stereo

Garrett Hongo’s passion for audio dates back to the Empire 398 turntable his father paired with a Dynakit tube amplifier in their modest tract home in Los Angeles in the early 1960s. But his adult quest begins in the CD-changer era, as he seeks out speakers and amps both powerful and refined enough to honor the top notes of the greatest opera sopranos. In recounting this search, he describes a journey of identity where meaning, fulfillment, and even liberation were often most available to him through music and its astonishingly varied delivery systems.

Hongo writes about the sound of surf being his first music as a kid in Hawaiʻi, about doo-wop and soul reaching out to him while growing up among Black and Asian classmates in L.A., about Rilke and Joni Mitchell as the twin poets of his adolescence, and about feeling the pulse of John Coltrane’s jazz and the rhythmic chords of Billy Joel’s piano from his car radio while driving the freeways as a young man trying to become a poet.

Journeying further, he visits devoted collectors of decades-old audio gear as well as designers of the latest tube equipment, listens to sublime arias performed at La Scala, hears a ghostly lute at the grave of English Romantic poet John Keats in Rome, drinks in wisdom from blues musicians and a diversity of poetic elders while turning his ear toward the memory-rich strains of the music that has shaped him: Hawaiian steel guitar and canefield songs; Bach and the Band; Mingus, Puccini, and Duke Ellington. And in the decades-long process of perfecting his stereo setup, Hongo also discovers his own now-celebrated poetic voice.

Garrett Hongo was born in Volcano, Hawaiʻi, and grew up on the North Shore of Oʻahu and in Los Angeles. His most recent books are The Mirror Diary: Selected Essays and Coral Road: Poems. A regular contributor to SoundStage! Ultra, he lives in Eugene, Oregon and is Distinguished Professor in the College of Arts and Sciences at the University of Oregon.

Maxine Hong Kingston is the author of The Woman Warrior, China Men, and The Fifth Book of Peace, among other works. She is the recipient of numerous awards, including the National Book Award, the National Book Critics Circle Award, the presidentially conferred National Humanities Medal, the Medal for Distinguished Contribution to American Letters from the National Book Foundation, and the F. Scott Fitzgerald Award. She worked for many years as a senior lecturer in creative writing at UC Berkeley. Kingston lives in Oakland, California.

Advance Praise for THE PERFECT SOUND:

“From his first soundscape of ocean surf in Oahu to Rabelais’s fantastical sea of frozen words, from cicada to Aeolian harp, from La Bohème at La Scala to the Heart Sutra at a Kyoto temple, Garrett Hongo ingeniously mixes personal memoir with cultural history and offers us an indispensable guide for the search of acoustic truth.” —Yunte Huang, author of Charlie Chan

“Garrett Hongo is a master, but be advised: this memoir will have you spending hundreds of dollars on audio devices, and hours of delight and even awe as you read. It is not all about stereos—it is an aria of living, hearing, feeling, writing.” —Luis Alberto Urrea, author of The House of Broken Angels

“Picking up where he left off in Volcano, Hongo shifts the focus in this new memoir from Hawaii to the wide-ranging soundtrack of his long life, well l​ived on three continents. His clean, poetic prose and dry sense of humor about his quest for the hypermaximal gear to hear it all anew are two of this book’s many pleasures.” —James McManus, author of Positively Fifth Street

“‘Exuberance is beauty,’ says William Blake, and this is a truly exuberant book: exuberant about music, about language, about life. Read and drink in its spirit!” —Mark Edmundson, author of The Fine Wisdom and Perfect Teachings of the Kings of Rock and Roll