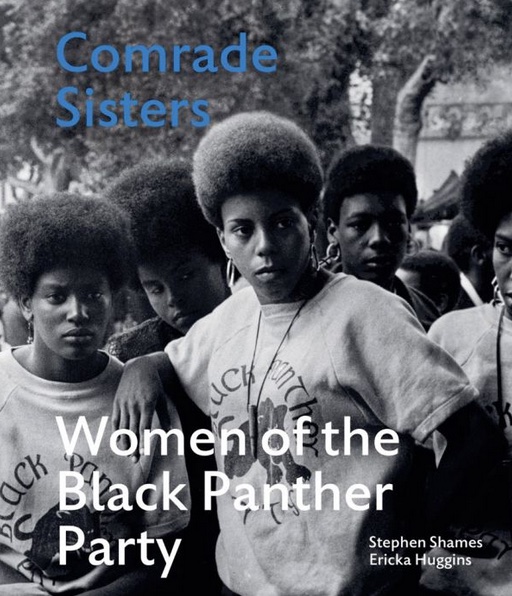 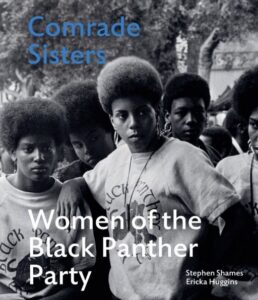 City Lights joins Ericka Huggins and Stephen Shames with Katherine Campbell and Judy Juanita Hart in celebrating the launch for the publication of Comrade Sisters: Women of the Black Panther Party Photographs by Stephen Shames , Text by Ericka Huggins published by ACC Art Books – This event will take place in Kerouac Alley, between City Lights and Vesuvio Cafe, between Columbus and Grant Avenues. It is free to the public. We highly advise the wearing of facial covering for this event.

NO REGISTRATION REQUIRED FOR THIS EVENT. Despite what the listing says. Just come on down!

City Lights celebrates the launch for the publication of

Join Ericka Huggins and Stephen Shames with Katherine Campbell and Judy Juanita Hart for an evening of celebration.

A long time coming, the first book to tell the story of the women of the Black Panther Party

Many of us have heard these three words: Black Panther Party. Some know the Party’s history as a movement for the social, political, economic and spiritual upliftment of Black and indigenous people of colour – but to this day, few know the story of the backbone of the Party: the women.

It’s estimated that six out of ten Panther Party members were women. While these remarkable women of all ages and diverse backgrounds were regularly making headlines agitating, protesting, and organising, off-stage these same women were building communities and enacting social justice, providing food, housing, education, healthcare, and more. Comrade Sisters is their story.

Comrade Sisters  combines photos by Stephen Shames, who at the time was a 20-year-old college student at Berkeley. With the complete trust of the Black Panther Party, Shames took intimate, behind-the-scenes photographs that fully portrayed Party members’ lives. This marks his third photo book about the Black Panthers and includes many never before published images. Ericka Huggins, an early Party member and leader along with Bobby Seale and Huey Newton, has written a moving text, sharing what drew so many women to the Party and focusing on their monumental work on behalf of the most vulnerable citizens. Most importantly, the book includes contributions from over 50 former women members – some well-known, others not – who vividly recall their personal experiences from that time. Other texts include a foreword by Angela Davis and an afterword by Alicia Garza.

Ericka Huggins is an educator, Black Panther Party member, former political prisoner, human rights advocate, and poet. For 50 years, Ericka has used her life experiences in service to community. From 1973-1981, she was director of the Black Panther Party’s Oakland Community School. From 1990-2004 Ericka managed HIV/AIDS Volunteer and Education programs. She also supported innovative mindfulness programs for women and youth in schools, jails and prisons. Ericka was professor of Sociology and African American Studies from 2008 through 2015 in the Peralta Community College District. From 2003 to 2011 she was professor of Women and Gender Studies at California State Universities- East Bay and San Francisco. Ericka is a Racial Equity Learning Lab facilitator for WORLD TRUST Educational Services. She curates conversations focused on the individual and collective work of becoming equitable in all areas of our daily lives. Additionally, she facilitates workshops on the benefit of self care in sustaining social change.

Stephen Shames has authored over 10 monographs, and his images are in the permanent collections of 40 museums and foundations. His work is dedicated to promoting social change, and sharing the stories of those who are frequently overlooked by society. His previous monographs include Power to the People: The World of the Black Panthers coauthored with Bobby Seale (Abrams, 2016) and The Black Panthers (Aperture, 2006). With the complete trust of the Black Panther Party, Shames took intimate, behind-the-scenes photographs that fully portrayed Party members’ lives. This marks his third photo book about the Black Panthers and includes many never before published images.

Katherine Campbell was born in Sacramento, California, and grew up with a strong foundation of Christianity and a belief in serving the people. She joined the Black Panther Party because it had the same commitment to serve the people. She started by working in the Free Breakfast Program and, later, with the BPP newspaper and other programs. Campbell served as a nutritionist at the Oakland Community School and she still serves the people through community leadership building as a community specialist and through creating breakfast for schoolchildren programs in the San Francisco Bay Area.

Judy Juanita is a novelist, poet, and essayist. Her poetry collection, Manhattan my ass, you’re in Oakland, won the American Book Award in 2021. Her semi-autobiographical novel, Virgin Soul, was published by Viking (2013;) its protagonist joins the Black Panther Party in the sixties in the San Francisco Bay Area. Her collection of short stories, The High Price of Freeways, won the 2021 Tartt Fiction Award is published in 2022. Her poem “Bling” was nominated for a Pushcart Prize in 2012. Her essay, “The Gun as Performance Poem,” was nominated for a Pushcart Prize in 2014. She teaches writing at University of California, Berkeley.

This event has been made possible by support from the City Lights Foundation. To learn more visit: https://citylights.com/foundation/