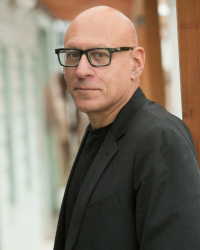 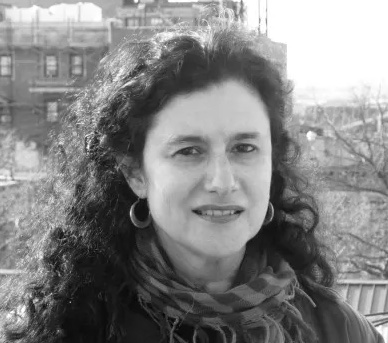 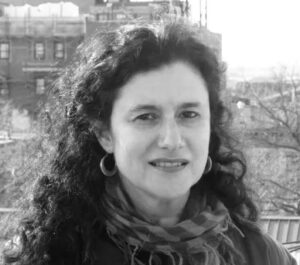 celebrates the publication of his new book

David Shields decided to gather every interview he’s ever given, going back nearly forty years. If it was on the radio or TV or a podcast, he transcribed it. He wasn’t sure what he was looking for, but he knew he wasn’t interested in any of his own answers. The questions interested him—approximately 2,700, which he condensed and collated to form twenty-two chapters focused on such subjects as Process, Childhood, Failure, Capitalism, Suicide, and Comedy. Then, according to Shields, “the real work began: rewriting and editing and remixing the questions and finding a through-line.”

The result is a lacerating self-demolition in which the author—in this case, a late-middle-aged white man—is strangely, thrillingly absent. As Chuck Klosterman says, “The Very Last Interview is David Shields doing what he has done dazzlingly for the past twenty-five years: interrogating his own intellectual experience by changing the meaning of what seems both obviously straightforward and obviously wrong.”

Shields’s new book is a sequel of sorts to his seminal Reality Hunger: A Manifesto, which Literary Hub recently named one of the most important books of the last decade. According to Kenneth Goldsmith, “Just when you think Shields couldn’t rethink and reinvent literature any further, he does it again. The Very Last Interview confirms Shields as the most dangerously important American writer since Burroughs.”

David Shields is the internationally bestselling author of more than twenty books, including Reality Hunger (recently named one of the most important books of the last decade by Lit Hub), The Thing About Life Is That One Day You’ll Be Dead (New York Times bestseller), Black Planet (finalist for the National Book Critics Circle Award), and Other People: Takes & Mistakes (NYTBR Editors’ Choice). Nobody Hates Trump More Than Trump: An Intervention was published in 2018. The Trouble With Men: Reflections on Sex, Love, Marriage, Porn, and Power appeared in 2019. James Franco’s film adaptation of I Think You’re Totally Wrong: A Quarrel, which Shields co-wrote and co-stars in, was released in 2017. Shields wrote, produced, and directed Lynch: A History, a 2019 documentary about Marshawn Lynch’s use of silence, echo, and mimicry as key tools of resistance. A recipient of Guggenheim and NEA fellowships, a senior contributing editor of Conjunctions, and the Loren Douglas Milliman Distinguished Writer-in-Residence at the University of Washington in Seattle, Shields has published fiction and nonfiction in the New York Times Magazine, Harper’s, Esquire, Yale Review, Salon, Slate, Tin House, A Public Space, McSweeney’s, Believer, Huffington Post, Los Angeles Review of Books, and Best American Essays. His work has been translated into two dozen languages.

Susan Daitch is a novelist and short story writer. She is the author of six novels and a collection of short stories. Her work has appeared in Guernica, Bomb, Pacific Review, The Barcelona Review, Fault Magazine, Rain Taxi, Tablet, Tin House, McSweeney’s, Bomb, Conjunctions, The Norton Anthology of Postmodern American Fiction, and elsewhere. Her novel, Siege of Comedians was listed as one of the best books of 2021 in The Wall Street Journal.

Praise for The Very Last Interview

An autobiography in question form, with the reader working to supply the answers based on the questions that follow. Brilliant. —Bret Easton Ellis

A delightful and utterly Shields-ian work. . . [The Very Last Interview is] a hilarious takedown of the interview process, of his own public persona, and of the journalists themselves, blessedly anonymous, who asked some of the most outrageously mean, out-there, self-important, stupid, and simply impossible questions imaginable. . . Totally deadpan and irresistibly hilarious. —Kirkus Reviews, starred review

Remixing and reimagining 2,000 of the most annoying questions he’s been asked during his 40-year writing life, David Shields’s The Very Last Interview is an often hilarious, operatically tragic sojourn across American cultural life. What do we expect of our writers, of intellectual history, of fame, of celebrity? All the answers are in the questions. Shields turns inside out whatever glamour remains attached to an artistic life in this book that’s at once charming and damning. —Chris Kraus

The moment I started reading this book, the hair went up on my neck. I blasted through it in a night, thrilled by the energy. Shields doesn’t wear out the form; it keeps doing remarkable tricks on the reader’s brain right to the finish. Stunning. —Jonathan Lethem

A sort of existential mixtape, and at the heart of it all is how others see us, what they imagine of us. “Do you think anyone can understand anyone else, and if not, what are any of us doing other than walking around trapped for in eternity in our own space suits?” The Very Last Interview attempts to answer this question and at the same time complicates it in an utterly thrilling way. I love this book. —Nick Flynn

David Shields, the wild card in contemporary nonfiction, always challenges the presumptions of genre. His terrific new book, The Very Last Interview, is alternately hilarious, sad, and for any author, excruciatingly recognizable. By submitting to a self-inquisition, Shields demonstrates how much of our self-image is determined or undermined by the outside world, how much the voice of that doppelgänger feeds our doubt and inevitable sense of failure. Ironically, the book itself is a triumph, of honesty and craft. —Phillip Lopate

Not for the first time when confronted with a book by David Shields, I approached with skepticism, was initially irritated, then charmed, and ended up being thoroughly captivated. —Geoff Dyer

Who would have thought that dozens upon dozens of questions, all addressed to the same author, could be so hilarious? Or that the space between those questions could feel so alive with a tantalizing and ambiguous energy? What did the man answer? Shields is extraordinarily resourceful in finding new ways to explore the enigmas of identity and experience (while mercilessly satirizing the idiotic formulas of contemporary book talk). —Tim Parks

Shields has done something seriously stunning here. Beautifully, compactly hysterical. What for me is so powerful, amid the irony and comic bite and radiant constraint and brainy brightness in every sentence, are the questions behind every question: How did all this oldness grow inside us when we thought we were paying attention? How many miles do we still have to go on this gas tank? Remind me again: Why have I spent a lifetime doing what I’m doing? I love this book, which brilliantly breaks the reader’s heart. —Lance Olsen

I love David Shields’s new book, which I read in one sitting. There is so much to think about—not just what’s being said but the whole structure and conceit of the book. What is it—an interview? A memoir? A personal investigation? A meditation? Portrait of the artist as no longer a young man? The conversation is so beautifully presented: only one character speaks during the entire book, and yet it isn’t a monologue. Very deftly, Shields makes the reader feel that the interviewee is answering every question or offering all kinds of information and clarification. —Whitney Otto

A great book—fascinating, insanely compelling. I admire the way a . . .what’s the word? . . . momentum builds from the accumulation of questions, framing a full portrait of an individual. I love Barthelme’s Q & A stories for the power dynamic in conversation that is revealed in them; Shields manages the same thing here without supplying (but by sometimes implying) the A part. —Tracy Daugherty

Engaging, lively, funny, and fascinating, partly for the way the questions answer themselves and partly for the gaps we have to imagine when the questions are answered in a way that we can’t hear. Shields’s preoccupations are very much in evidence, but I saw a lot of myself in it, as will, I would think, most readers. Quite wonderful. —Charles Baxter

Incredibly enjoyable to read, but not just a fun ride. The bullet-like ideas hide more complicated ideas, like string theory behind the Tilt-a-Whirl. —Susan Daitch

As with so many of David Shields’s books, when I read The Very Last Interview, I was in a state of incredulity. First, no way someone actually does this, does he? And second, there’s no way this is real, is it? Could it be? Could anybody have kept every single interview question he’s ever been asked? Why? Is it possible people actually asked these questions? And who would want to or be willing to rearrange them all in order to suffer them again? It’s maniacal and hilarious, and I’m impressed and in awe and also a little dubious. And even if I’m infuriated on Shields’s behalf, I’m in admiration of the ingenious trolling here. I can’t help but love the induced state that this book—as does Shields’s work in general—puts me in with the superimposition of belief and disbelief. I absolutely loved it. —Ander Monson

David Shields has made a life out of being the leadoff hitter for American literature in the 21st century. He’s perpetually ahead of the curve and pulling away, first catching up with the literary culture and then leaving it in the dust. He’s some people’s ‘favorite author’ and everyone’s guy riding the horizon (why and how is a mystery). He came out of nowhere decades ago, with a couple of very well-received books of fiction, and then blew by all the rest of us like we were standing still. And we were that, sort of, standing still, each of us thankful for our own small accomplishments, our own ticks of the historical clock, our little bits of innovation. But Shields wasn’t satisfied with that, not even close. Year after year he has produced the most outlandish book, one after another for the last twenty-five years or so, demonstrating the depth of his commitment to innovation, to cultural integrity, to honesty of outlook, to seeing us as we are, and to seeing fiction/nonfiction and literature as the perfect cultural analogues, the perfect embodiment of his (and our) time and place. And now he’s done it again with The Very Last Interview, a literal distillation of questions he’s faced, and we’ve all faced in one form or another at one time or another, gathered together in this wonderful essay/song cycle/movie reel/spaceshot. —Frederick Barthelme

Shields is one of the most interesting writers anywhere. He refuses to stop pushing boundaries. I scribble notes inside the covers of books that engage my brain; I scribble more notes in Shields’s books than anyone else’s. He is hilariously courageous because his courage is the ruthless kind, not the noble strain. His courage is a muscle that he’s developed and exercises as a matter of habit. He never loses his cognitive insolence. —Brian Fawcett

This event is sponsored by the City Lights Foundation