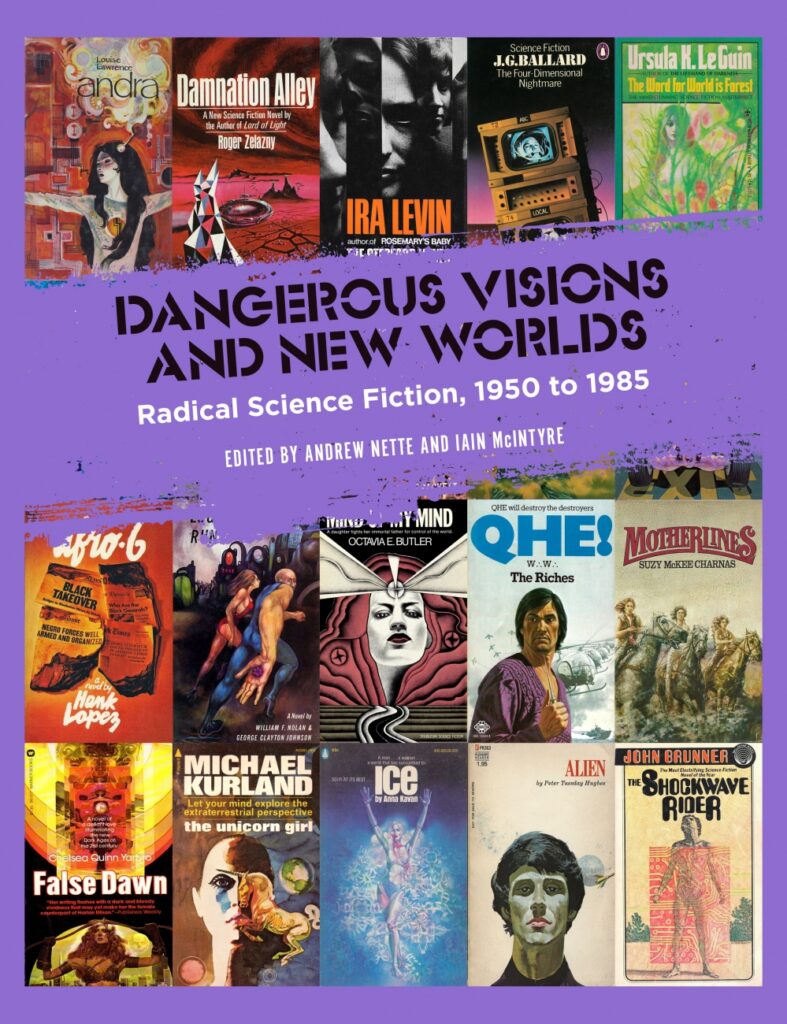 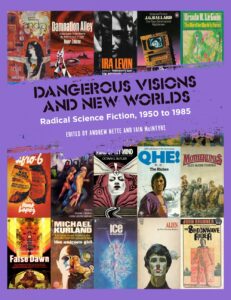 Scroll down for registration links

Session One: Imagining New Worlds: What activists can and have learnt from sci-fi – Saturday, February 26, 2022, 11:30 am PST / 2:30 pm EDT
Moderated by Iain McIntyre with Annallee Newitz and Shelley Streeby
(Registration Link TBA)

All events are free but required registration.

About Dangerous Visions and New Worlds: Radical Science Fiction, 1950 to 1985

Much has been written about the “long Sixties,” the era of the late 1950s through the early 1970s. It was a period of major social change, most graphically illustrated by the emergence of liberatory and resistance movements focused on inequalities of class, race, gender, sexuality, and beyond, whose challenge represented a major shock to the political and social status quo. With its focus on speculation, alternate worlds and the future, science fiction became an ideal vessel for this upsurge of radical protest.

Dangerous Visions and New Worlds: Radical Science Fiction, 1950 to 1985 details, celebrates, and evaluates how science fiction novels and authors depicted, interacted with, and were inspired by these cultural and political movements in America and Great Britain. It starts with progressive authors who rose to prominence in the conservative 1950s, challenging the so-called Golden Age of science fiction and its linear narratives of technological breakthroughs and space-conquering male heroes. The book then moves through the 1960s, when writers, including those in what has been termed the New Wave, shattered existing writing conventions and incorporated contemporary themes such as modern mass media culture, corporate control, growing state surveillance, the Vietnam War, and rising currents of counterculture, ecological awareness, feminism, sexual liberation, and Black Power. The 1970s, when the genre reflected the end of various dreams of the long Sixties and the faltering of the postwar boom, is also explored along with the first half of the 1980s, which gave rise to new subgenres, such as cyberpunk.