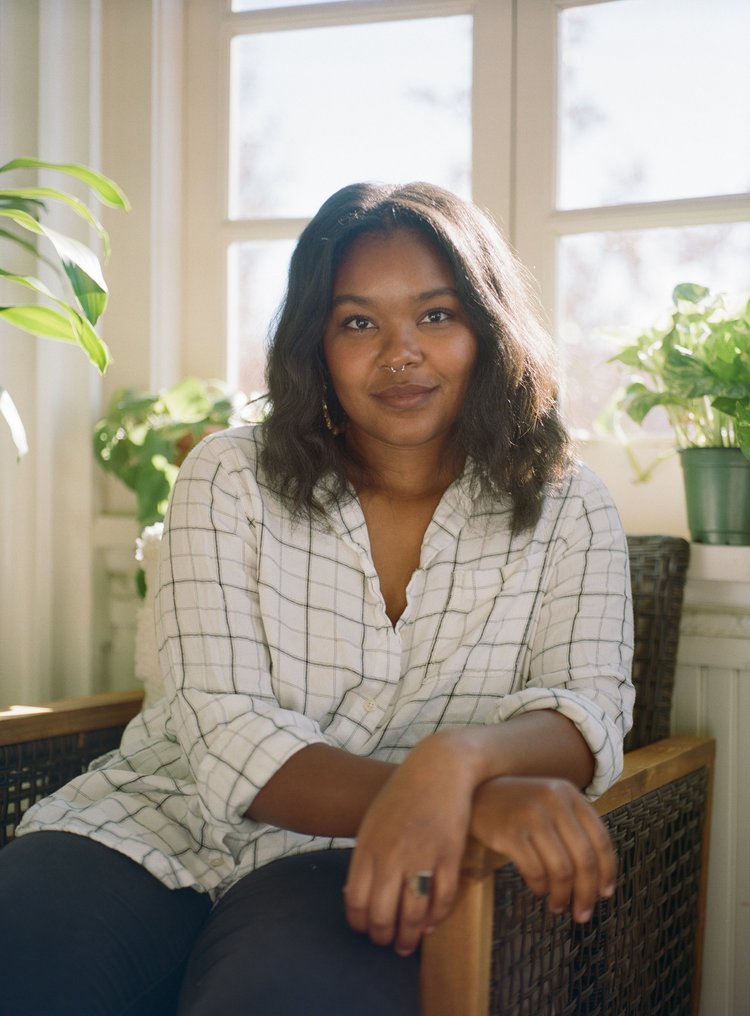 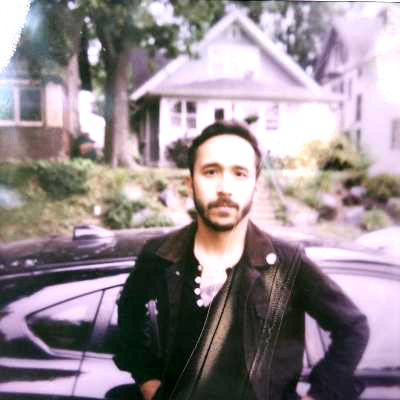 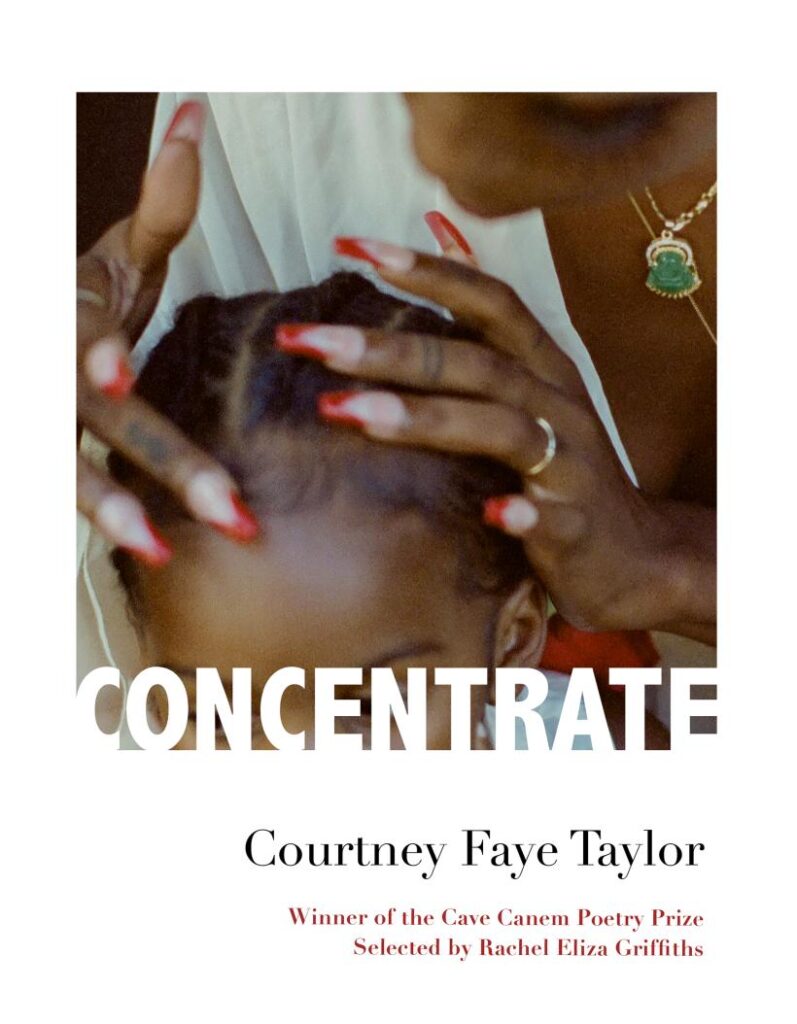 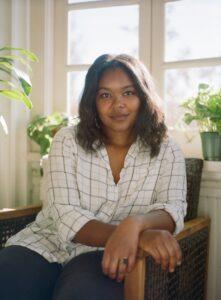 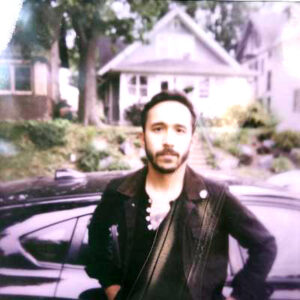 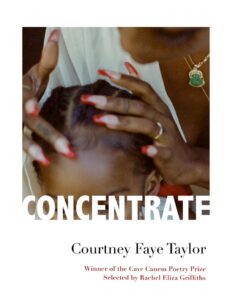 In her virtuosic debut, Courtney Faye Taylor explores the under-told history of the murder of Latasha Harlins—a fifteen-year-old Black girl killed by a Korean shop owner, Soon Ja Du, after being falsely accused of shoplifting a bottle of orange juice. Harlins’s murder and the following trial, which resulted in no prison time for Du, were inciting incidents of the 1992 Los Angeles uprising, and came to exemplify the long-fraught relationship between Black and Asian American communities in the United States. Through a collage-like approach to collective history and storytelling, Taylor’s poems present a profound look into the insidious points at which violence originates against—and between—women of color.

Concentrate displays an astounding breadth of form and experimentation in found texts, micro-essays, and visual poems, merging worlds and bending time in order to interrogate inexorable encounters with American patriarchy and White supremacy manifested as sexual and racially charged violence. These poems demand absolute focus on Black womanhood’s relentless refusal to be unseen, even and especially when such luminosity exposes an exceptional vulnerability to harm and erasure. Taylor’s inventive, intimate book radically reconsiders the cost of memory, forging a path to a future rooted in solidarity and possibility. “Concentrate,” she writes. “We have decisions to make. Fire is that decision to make.”

Courtney Faye Taylor is a writer and visual artist. She is the author of Concentrate, forthcoming from Graywolf Press in November 2022. It is the winner of the Cave Canem Poetry Prize selected by Rachel Eliza Griffiths and was a finalist for the National Poetry Series. Courtney earned her BA from Agnes Scott College and her MFA from the University of Michigan Helen Zell Writers’ Program where she received the Hopwood Prize in Poetry. She is also the winner of the 92Y Discovery Prize and an Academy of American Poets Prize. The recipient of residencies and fellowships from Cave Canem and the Charlotte Street Foundation, Courtney’s work can be found in Poetry Magazine, The Nation, Ploughshares, Best New Poets, The New Republic and elsewhere.

Chantz Erolin is an editor at Graywolf Press, where he was the inaugural Citizen Literary Fellow. His writing can be found in The Believer, Good Job!, and elsewhere. He lives in South Minneapolis where he was raised.

Praise for the work of Courtney Faye Taylor

“In Courtney Faye Taylor’s incandescent, unflinching debut, Concentrate, the poet-artist is excavator, curator, collagist, sleuth, archivist. . . . With tender, intrepid fierceness, innovation, and audacious fidelity, we bear witness, not only to the burn, but a phoenix rising. Concentrate is medicine, testimony, quest, anthem, balm, and seed that we all seek––need.”—Su Hwang

“To read Concentrate, to engage with Concentrate, is to dip a spoon into the undiluted good stuff and lift it to your mouth. To experience the too-muchness of history as a present tense event. To become part and parcel of the formal experimentation required to language the striations of the unbearable. Courtney Faye Taylor has constructed a collection that manages to be both derived from the inmost personal and prodigiously epic. . . . It allows the reader to participate in the long haul of remembering the disremembered.”—Diane Seuss

“Concentrate should be required reading for anyone who seeks to commit themselves to Black-Asian solidarity as theory and/or practice. This is a major work, a profoundly moving anti-erasure crafted with equal parts ingenuity and care.”—Franny Choi