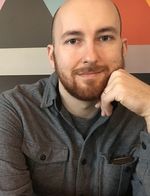 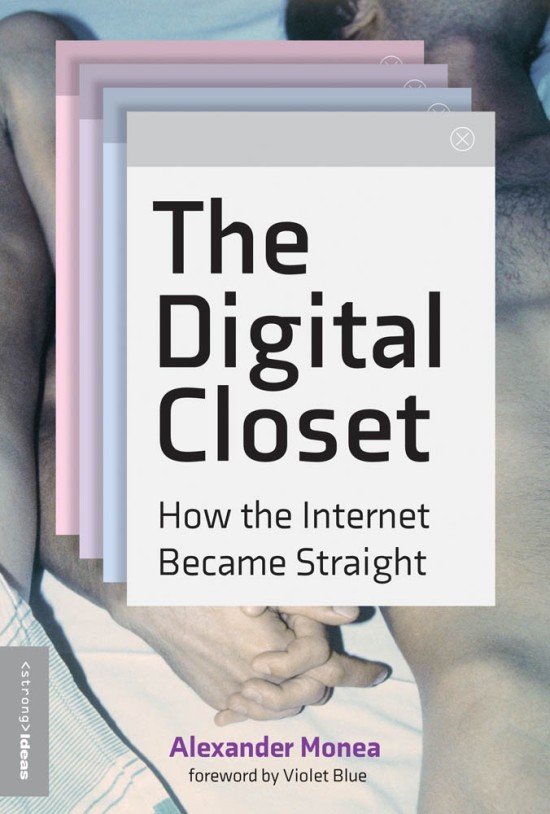 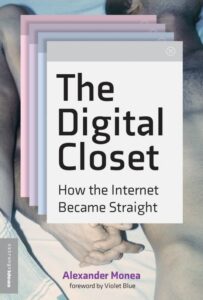 Alexander Monea discusses their new book The Digital Closet: How the Internet Became Straight published by MIT Press.  An exploration of how heteronormative bias is deeply embedded in the internet, hidden in algorithms, keywords, content moderation, and more.

The Digital Closet: How the Internet Became Straight

An exploration of how heteronormative bias is deeply embedded in the internet, hidden in algorithms, keywords, content moderation, and more.

In The Digital Closet, Alexander Monea argues provocatively that the internet became straight by suppressing everything that is not, forcing LGBTQIA+ content into increasingly narrow channels—rendering it invisible through opaque algorithms, automated and human content moderation, warped keywords, and other strategies of digital overreach. Monea explains how the United States’ thirty-year “war on porn” has brought about the over-regulation of sexual content, which, in turn, has resulted in the censorship of much nonpornographic content—including material on sex education and LGBTQ+ activism. In this wide-ranging, enlightening account, Monea examines the cultural, technological, and political conditions that put LGBTQ+ content into the closet.

Dr. Alexander Monea is an Assistant Professor serving jointly in George Mason’s English Department and Cultural Studies Department. He researches the history and cultural impacts of computers and digital media. He is also an Ethics, Equity, and Trust Area Editor for Data & Policy. He received his PhD in Communication, Rhetoric, & Digital Media from North Carolina State University.

What has been said about The Digital Closet:

“This page-turner takes its place alongside books by Mar Hicks, Safiya Noble, Ruha Benjamin, and other leading scholars who endeavor to tell a more honest story of how computing has not delivered on its liberatory promise—at least not for women, people of color, or gay, trans, and queer people. So just who is left that this internet is for?”

–Sarah T. Roberts, University of California, Los Angeles; author of Behind the Screen: Content Moderation in the Shadows of Social Media