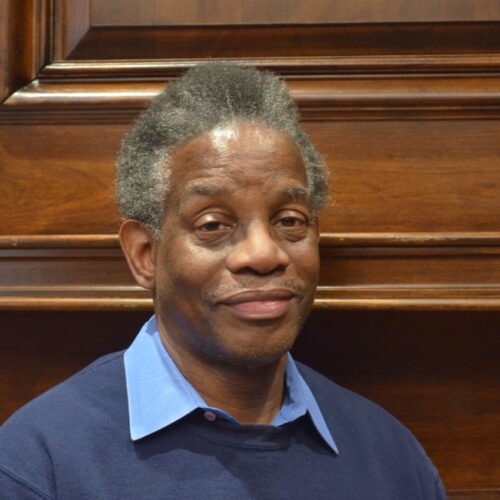 Dr. Clarence Lusane is an Associate Professor of Political Science in the School of International Service at American University where he teaches and researches on international human rights, comparative race relations, social movements and electoral politics.

He is also an author, activist, scholar, lecturer, and journalist. For more than 30 years, he has written about and been active in national and international anti-racism politics, globalization, U.S. foreign policy, human rights and social issues such as education and drug policy. He has spent two years living in London conducting research on racism and human rights in Europe, and working with European institutions and NGOs.

His previous books include Colin Powell and Condoleeza Rice: Foreign Policy, Race, and the New American Century; Hitler's Black Victims: The Experiences of Afro-Germans, Africans, Afro-Europeans and African Americans During the Nazi Era; Race in the Global Era: African Americans at the Millennium; No Easy Victories: A History of Black Elected Officials; African Americans at the Crossroads: The Restructuring of Black Leadership and the 1992 Elections; The Struggle for Equal Education; and Pipe Dream Blues: Racism and the War on Drugs.

Dr. Lusane is the former editor of the journal Black Political Agenda, and has edited newsletters for a number of national non-profit organizations. He is a national columnist for the Black Voices syndicated news network, and his writings have appeared in The Black Scholar, Race and Class, Washington Post, Oakland Tribune, Covert Action Information Bulletin, Z Magazine, Radical History Journal and many other publications. For nearly 20 years, he has won research and writing awards. His essay "Rhapsodic Aspirations: Rap, Race, and Power Politics," won the 1993 Larry Neal Writers' Competition Grand Prize for Art Criticism. In 1983, his article, "Israeli Arms to Central America," won the prestigious Project Censored Investigative Reporting Award as the most censored story of the year.

He is the former Chairman of the Board of the National Alliance of Third World Journalists. And as a journalist, he has traveled to numerous countries to investigate the political and social circumstances or crises those nations faced including Haiti during its turbulent 1980s' elections; Panama in the aftermath of the U.S. invasion; East Germany during the last months of its existence; and Zimbabwe as a delegate to the Congress of the International Organization of Journalists. Other nations that he has visited and reported on include Cuba, Egypt, Mexico, Jamaica, the Netherlands, North Korea, Italy, and South Africa.

Dr. Lusane has been a political and technical consultant to the World Council of Churches, the Congressional Black Caucus Foundation, and a number of elected officials and non-profit organizations. He worked for eight years in the U.S. House of Representatives as a staff aide to former D.C. Congressman Walter E. Fauntroy, and then for the former Democratic Study Group that served as the primary source of legislative information and analysis for House Democrats. He has taught and worked at Howard University's Center for Drug Abuse Research, and the Center for Urban Policy; Medgar Evers College's Du Bois Bunche Center for Public Policy, and Columbia University's Institute for Research in African American Studies. Dr. Lusane received his Ph.D. in Political Science from Howard University in 1997.

In 2001-2002, he received the prestigious British Council Atlantic Fellowship in Public Policy where he investigated the impact of regional anti-racism legislation on the anti-racist movement in the UK. Following from 2002-2003, he served as Assistant Director of the 1990 Trust, one of the UK's largest and most important anti-racist, human rights non-governmental organizations.

He has lectured and presented scholarly papers at a wide range of colleges and universities including Harvard, Georgetown, George Washington, North Carolina A&T, University of California-Berkeley, University of Chicago, Yale, London School of Economics, and the University of Paris among others. He has also lectured on U.S. race relations in numerous foreign nations including Colombia, Cuba, England, France, Germany, Guadeloupe, Haiti, Japan, the Netherlands, Panama, Switzerland, and Zimbabwe among others.