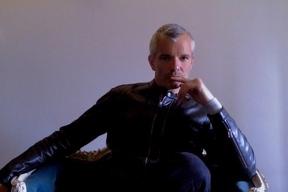 Brad Evans is a political philosopher, critical theorist and writer, whose work specializes on the problem of violence. The author of some ten books and edited volumes, along with over fifty academic and media articles, he serves as Professor of Political Violence & Aesthetics at the University of Bath, UK. He is currently the lead editor for a dedicated section on violence and the arts/critical theory with The Los Angeles Review of Books. He also continues to direct the online resources centre www.historiesofviolence.com

Brad is currently working on a number of book projects, including The Atrocity Exhibition: Life in an Age of Total Violence (The Los Angeles Review of Books Press, 2019) and Ecce Humanitas: Beholding the Pain of Humanity (Columbia University Press, 2020). He is also working on a project that explores the aesthetics of human disappearance, while writing in his spare time a work of fiction. Website: www.brad-evans.co.uk