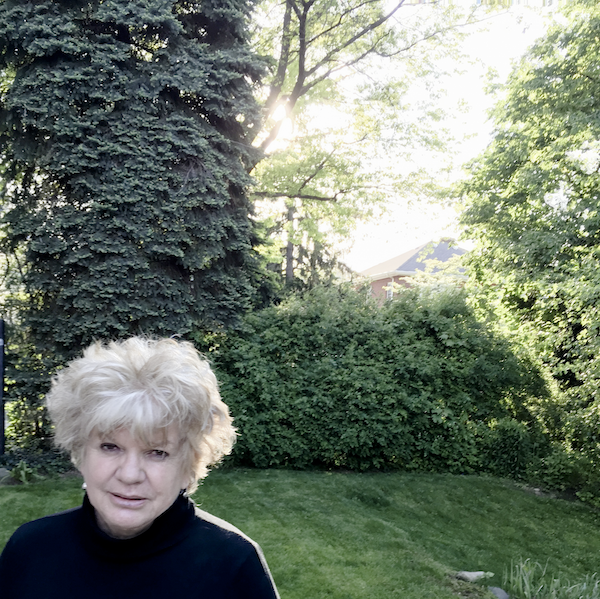 Victoria Nelson is the author of The Secret Life of Puppets, Gothicka, two collections of short stories, and a memoir. She edited the Robert Aickman collection Compulsory Games for New York Review Books. Neighbor George is her first novel, published by Strange Attractor Press.

She will be in conversation with Rob Sean Wilson about Neighbor George as part of our City Lights LIVE! virtual event series on Tuesday, November 30th, 2021!

Back home, a calico tabby cat and my friends on the back deck. Here, the open streets, ancient structures, and gloriously weird and diverse residents of this amazing city.

Marina Warner’s brilliant memoir of her parents, Inventory of a Life Mislaid: An Unreliable Memoir, told as the story of a series of talismanic objects.

Aleksander Wat’s My Century, a Polish avant-garde writer’s memoir of Soviet prisons. It should be bleak and depressing, but instead it’s the most triumphant affirmation of life and love imaginable. Wat wound up in Berkeley telling his story to Czesław Miłosz, and this is the transcription.

In general: way too many to list. A scattering: Polish midcentury writers like Bruno Schulz and Witold Gombrowicz, the Russian novelist Vladimir Sorokin, thriller writer Tana French. For Neighbor George and its companion story “Bolinas Venus“: Chaucer’s “Parliament of Foules” and “Wife of Bath’s Tale,” Greek myth, and Robert Duncan.

My bookstore would be located in the cloisters of the 12th century Norman church St. Bartholomew the Great in London, founded by a courtier of Henry I. The store would be called Rahere’s Corner, and it would sell only books and absolutely no souvenirs. Its bestseller would be M.R. James’s Ghost Stories of an Antiquary.