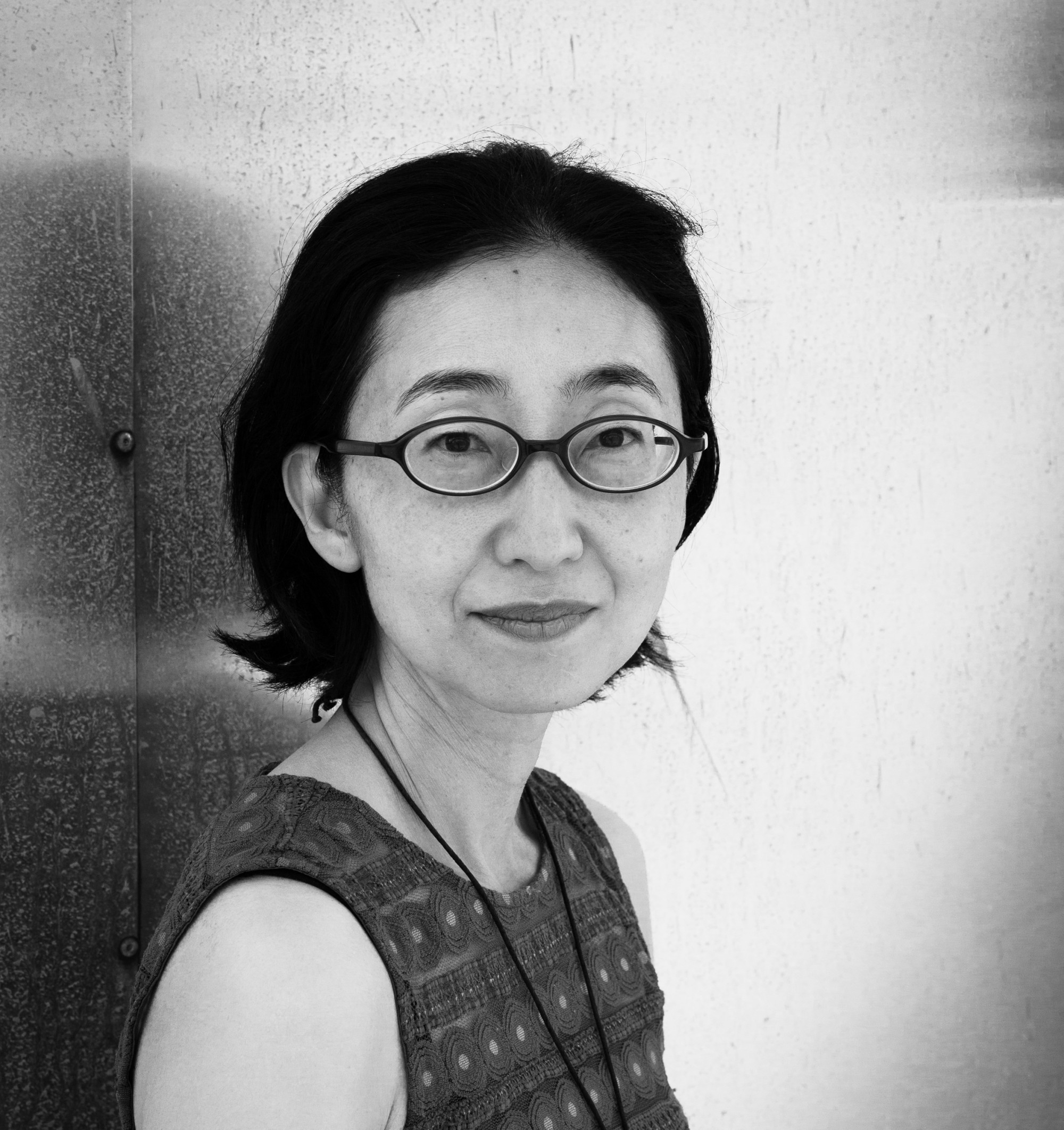 Sawako Nakayasu is an artist working with language, performance, and translation—separately and in various combinations. She has lived mostly in the U.S. and Japan, briefly in France and China, and translates from Japanese. Her books include Some Girls Walk Into The Country They Are From (Wave, 2020), Pink Waves (forthcoming, Omnidawn), The Ants (Les Figues Press), and the translation of The Collected Poems of Chika Sagawa (Canarium Books), as well as Mouth: Eats Color—Sagawa Chika Translations, Anti-translations, & Originals (reprint forthcoming, Wave Books), a multilingual work of both original and translated poetry. She is co-editor, with Eric Selland, of an anthology of 20th Century Japanese Poetry (forthcoming, New Directions). She teaches at Brown University.

She is in conversation with CAConrad and reading from her new book Some Girls Walk Into The Country They Are From in our City Lights LIVE! discussion series on September 23rd, 2021!

I’m currently in Boston, on the lands of the Pawtucket and Massachusett people, in the corner of the bedroom that is my “office,” on the outskirts of available time.

That seems like a trick question . . . !? I just spent way too much time trying to decide if I am sane or not. I think not, but the question is moot. Sometimes I feel like an abstract soldier in an invisible war. A few things that have helped me mitigate the challenges during this time include ancient technologies like the telephone, and listening to music.

I’m reading a book called Planetary Modernisms: Provocations on Modernity Across Time by Susan Stanford Friedman––it’s a welcome provocation with many applications, and supports my general resistance to established categories of literature and other art practices. Here I learned about Kabir, the 15th-century Indian poet who created something akin to a one-person genre (with many more anonymous writers in that “genre” to follow).

I was very interested in Adriana X Jacobs’ translation of The Truffle Eye by Vaan Nguyen, a Vietnamese poet writing in Hebrew. I’m dipping into an advance copy of Gabrielle Civil’s newest book, the déjà vu: black dreams & black time (Coffee House Press, forthcoming 2022). Also reading Rokudenashiko (the Japanese pussy artist)’s book about her obscenity trials. But most of all right now I’m reading and rereading a whole slew of 20th-century Japanese poetry––working to (finally) finish up the anthology I’ve been editing with Eric Selland over many years.

Temporally, this book comes from a period of life transition for me, in 2017 when I returned to the U.S., fresh on the heels of reorienting my own racial and sexual identity––a return that also happened to take place precisely at the moment the Trump presidency was taking hold.

Specific inspirations for this book are many, but they could be as simple as an utterance from someone nearby––it might have been Teresa Carmody, Dawn Lundy Martin, or Sarah Galvin. Or the video for “Don’t Take the Money” by Bleachers. The “Gonads: Sex Ed” series on Radiolab. Standing on a street corner waiting to cross the street.

The sources vary widely. I was reading about the Japanese “modernologist” Kon Wajiro, who obsessively documented everything he could––including fabric patterns on children’s diapers, sleeping positions of day laborers, street signs in the red-light district, apron styles on waitresses. One of the things I came across was a map of murder sites in a particular park, in the 1920s. I could be reading one thing––in one instance it was Gustaf Sobin––and it works its way into a new poem of mine about Cheetos that seems on the surface to have nothing in common, no visible trace of Sobin––except that I know he was part of the process.

Some artists who also played a part include Naomi Kawanishi Reis, Forrest Bess, Ruth Asawa. I’m thinking about Serena Williams and Naomi Osaka, about Shiraishi Kazuko listening to and getting to know Abbey Lincoln when she was in Japan. There are myths and fairy tales (old women abandoned on mountaintops, elves in shoes, Medusa, Cinderella), family lore (my grandfather the countryside gang leader leading rock fights with the boys in the neighboring village), dumb jokes (“A man walks into a bar . . .”), Olivier Messiaen composing music while imprisoned in a German prisoner-of-war camp, and the horrors of human trafficking. Jack Halberstam and Jackie Wang have variously inhabited the thoughts underlying the language, as has Renee Gladman. Or just life itself: an incident that made me feel coated in a layer of slime––I felt like I needed to go home and take a shower––is what inspired the poem about antimony. Some of the precise “sources” of poems are detailed in the “Selected Chronology & Notes” bonus pamphlet to the book, which you can get if you order the book from the publisher. One poem was inspired by a Robert Frost poem that a friend sent me as encouragement in my moment of transition. Other inspirations include the cinematographer Christopher Doyle, a poem inspired by Layli Long Soldier’s Facebook post about scabs, Taylor Mac singing Bob Dylan’s “A Hard Rain’s A-Gonna Fall.”

I’ve also been quite influenced by brilliant poet-translators like Erín Moure and Forrest Gander. Working on the Yoshimasu Gozo book with him (Alice Iris Red Horse – New Directions, 2016) further normalized for me these linguistically hybrid spaces––Gozo’s work is not only multilingual, but traverses a continuum of language acts––printed word, handwriting, spoken performance, reading, improvisation, all of it woven into a thick rich fabric. Uljana Wolf and Sophie Seita wrote and translated together a book called Subsisters that sits brilliantly––with a playful air of defiance––in the middle ground between writing and translation, individual and collaborative writing. At the same time, I’m still carrying early influences like John Cage––his prepared pianos were sculptures, his scores were visually intricate or conceptually expansive, and his quest for absolute silence left him stuck with the mechanical noises of his own body. What I’ve learned from every artist I admire is the importance of thinking independently, to allow room in the mind to find its own needed freedom.

I don’t have a strong enough attachment to any one location on this planet––so my bookstore might have to be a traveling bookstore, or one on the moon. Part of me wants to make the bookstore on behalf of Sagawa Chika, the poet I translated, because I know that she always dreamed of having a bookstore––hers was inspired by Sylvia Beach’s Shakespeare & Company in Paris.

I almost don’t like the idea of running a bookstore because I immediately think that I’d go broke trying to make the kind of bookstore I wanted, a hybrid between a bookstore and a library and a coffee shop and an installation, a place where you might actually meet people and make friends, make art, write together . . . but I wouldn’t want the pressure of selling books, turning a profit and sustaining the store economically. It should be sponsored by the government: this library-bookstore hybrid space would give access to all the books available for purchase, and would be connected to others like it so that all the literary resources could be shared and circulated.