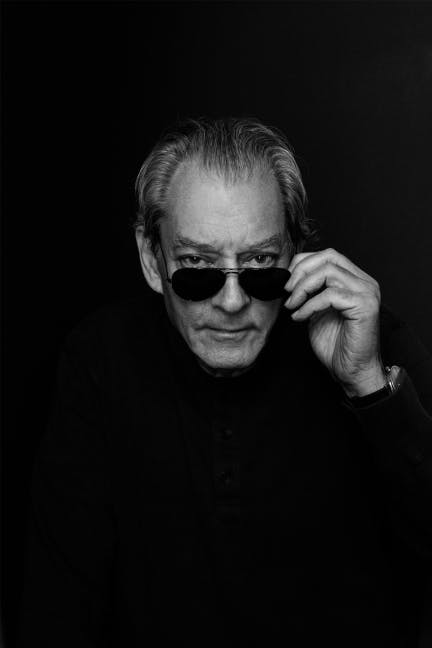 Paul Auster is the bestselling author of 4 3 2 1, Sunset Park, Invisible, The Book of Illusions, and The New York Trilogy, among many other works. In 2006 he was awarded the Prince of Asturias Prize for Literature. Among his other honors are the Prix Médicis étranger for Leviathan, the Independent Spirit Award for the screenplay of Smoke, and the Premio Napoli for Sunset Park. In 2012, he was the first recipient of the NYC Literary Honors in the category of fiction. He has also been a finalist for the International IMPAC Dublin Literary Award (The Book of Illusions), the PEN/Faulkner Award (The Music of Chance), the Edgar Award (City of Glass), and the Man Booker Prize (4 3 2 1). He is a member of the American Academy of Arts and Letters and a Commandeur de l’Ordre des Arts et des Lettres. His work has been translated into more than forty languages.

From my house in Brooklyn.

My wife, Siri Hustvedt, and I are among the lucky ones. We both had mild cases of Covid in early March last year but managed to recover within ten days or so. More to the point, we didn’t lose our jobs, since we don’t have jobs, and managed to cope financially by doing what we always do—staying at home, sitting at our desks, and writing. We missed seeing our friends, of course, but essentially our daily lives were unaltered, and thank God we get along as well as we do. Lucky on all fronts, then, but at the same time, given all the human suffering caused by the pandemic and the gross incompetence of the Trump administration in dealing with it, I was consumed by an ever-growing political rage, so much so that Siri and I became founding members of a group of writers (Carolyn Forche, Todd Gitlin, and others) actively involved in getting out the vote for the 2020 elections. We called ourselves Writers Against Trump, but bit-by-bit our little gang of seven has grown into more than two thousand. After Biden’s election, we renamed ourselves Writers for Democratic Action and have continued working away. As everyone knows, the stakes are high, and we’re doing our little bit to push back against the haters and fanatics out to destroy what’s left of our democracy.

The usual mix of poetry, fiction, and history––for the most part, American history. Among the many writers I keep going back to: Homer, Montaigne, Shakespeare, Cervantes, Dickens and Dickenson, Dostoyevsky, Tolstoy, Babel, Hawthorne, Melville, Thoreau, Kafka, Beckett, and too many poets to count.

All of the above have influenced me, I suppose, or at least have taught me how to be myself, but for this new book on the life and work on Stephen Crane, I was purely inspired by Crane himself and the overwhelming impact his work had on me when I started re-reading it about five years ago. Before that, it had never once crossed my mind to write such a book. A biography! Even now, I can’t explain what possessed me to do it—but it was a great adventure from start to finish, and I worked on it with the same intensity as all my other books.

My bookstore would be an immense palace somewhere in Brooklyn, preferably about two blocks from where I live. Three stories high, with a mix of new titles and secondhand books, which would carry the best of the best in any one of twenty or thirty categories. I’d call it the House of Words. No book would outsell any other because every book in the store would vanish within a month.