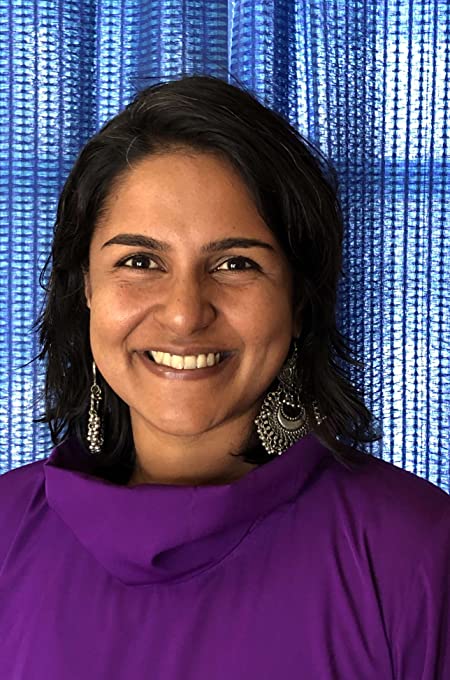 Nandita Dinesh holds a PhD in Drama from the University of Cape Town in South Africa and an MA in Performance Studies from the Tisch School of the Arts at New York University. Focused on the role that theatre and writing can play during and after violent conflict, Nandita has conducted community-based theatre projects in Kashmir, India, Mexico, Costa Rica, Guatemala, Rwanda, Uganda, Kenya, and Zimbabwe. She has written multiple books about her work and in 2017, she was awarded the Elliott Hayes Award for Outstanding Achievement in Dramaturgy by Literary Managers and Dramaturgs of the Americas. This Place That Place is her first novel, published by Melville House.

Nandita will be celebrating This Place That Place in our City Lights LIVE! virtual event series on Tuesday, June 14th, 2022! in conversation with Shobha Rao.

There are many, many things/people/habits/ideas that have kept me going through the pandemic, each of which has been/continues to be significant in different ways:

It’s the same folks that I’d name on both counts—for how they’ve influenced my work, in general, and This Place That Place, in particular: Manuel Puig, Arundhati Roy, Marina Abramović, Griselda Gambaro, Sarah Kane, Ngũgĩ wa Thiong’o, the Zapatista formerly known as Subcomandante Marcos, and the Surrealist Manifesto.

Ever since I started my more formal journey as a writer—probably around 2015—I’ve become a very utilitarian reader. I read when there is something I’m looking to augment in my writing: like reading existing scholarship around Immersive Theatre and Theatre & War when I was in the world of academic writing, for instance. Beyond that, I prefer not to read.

Unfortunately, I’ve found that my voice as a writer becomes heavily influenced by whatever I am reading at a given moment and since so much of what I value about the writing process is a quest to find the right form—a unique voice—for the content I’d like to explore, reading has the unfortunate consequence of making me (think I) sound like someone else.

A mobile bookstore. The kind that I could take to parts of the world where books are not widely accessible; spaces where other realities are not easily imaginable. Books that constantly change: carefully curated for each particular context; books that can be read in different languages, yes, but also those that can be experienced through different senses. Books that can be heard and smelled and tasted … whatever that means.

Such a mobile shape-shifting store of book-worlds cannot have only one best-seller, no? Each book would have to be valued on its own terms. In its own language. Within the specific frames of reference of those who experience it.

Do I sound a little bit sanctimonious?

Maybe the store should be called “Soap Box?”