5 Questions with May-lee Chai, Author of Tomorrow in Shanghai And Other Stories 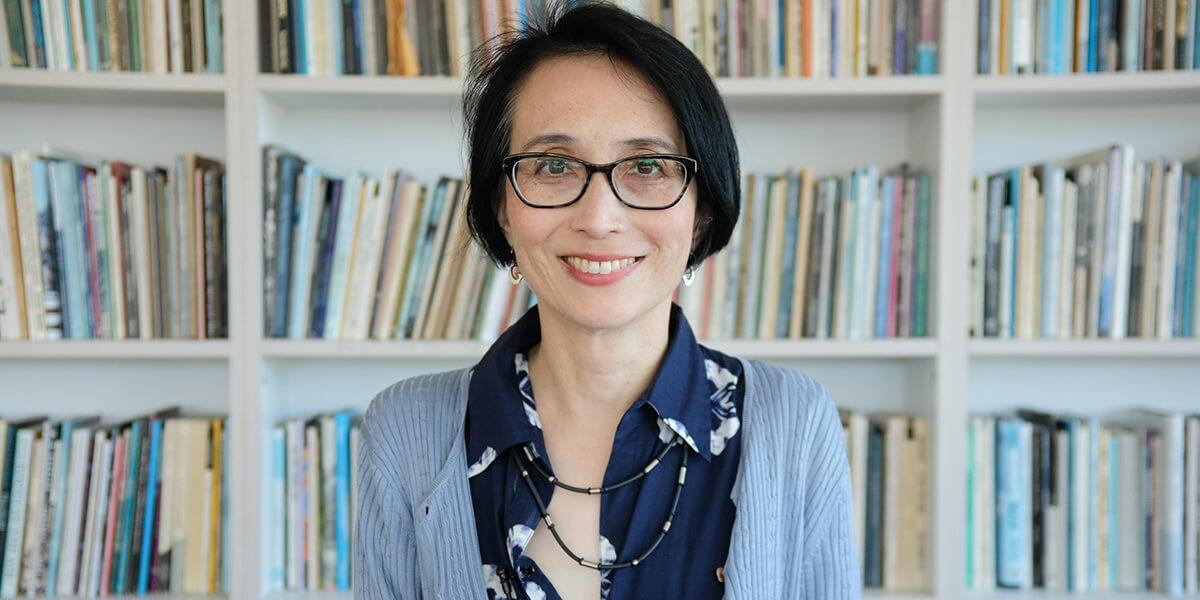 May-lee Chai is the author of the American Book Award–winning story collection Useful Phrases for Immigrants and ten other books. Her prize-winning short prose has been published widely, including in the New England Review, Missouri Review, Seventeen, The Rumpus, ZYZZYVA, the Los Angeles Times, Dallas Morning News, and the San Francisco Chronicle. The recipient of an NEA fellowship in prose, Ms. Chai is an associate professor in the Creative Writing Department at San Francisco State University.

Her latest book is Tomorrow in Shanghai And Other Stories, published by Blair Books. We’ll be celebrating this book with a virtual conversation between May-lee and Dr. Tonya M. Foster on Thursday, September 1 at 6:00 PM PT.

Community! I’ve been Zooming with friends—writers, artists, teachers—from across the Bay Area and across the country. Without these connections, I would have fallen into despair.

This is a hard question because I feel I’m influenced by everything I read and all the art I see, so I have to be careful what I expose myself to. For example, I avoid most Hollywood blockbusters, which tend to depress me with their violence and misogyny and lack of subtlety.

I’m deeply influenced by films but it’s hard during the pandemic because I haven’t dared to go inside a movie theater at all. However, I was thinking of movies that I saw here in San Francisco’s many great film festivals by directors Hong Sang-soo, Ts’ai Ming-liang, Xiang Zi, Jia Zhangke, Carlos Reygadas, Paweł Pawlikowski, and Kelly Reichardt.

As for art, I saw this really interesting exhibit at the SFMOMA before the pandemic hit, Art and China After 1989: Theater of the World. I kept thinking of some of the haunting images, including the maps, and that inspired me to set these stories all over the globe and even beyond.

It would be impossible to list everything I’m reading and like right now, but here’s a few that I love:

1) Sequoia Nagamatsu’s How High We Go in the Dark. There’s a global pandemic sparked by a melting glacier that releases a prehistoric virus. It’s partially set in the Bay Area and there’s some awesome tech satire (the bereavement hotels, the euthanasia rollercoaster!). Oh my!

2) K-Ming Chang’s Gods of Want. Her mixing of poetry and prose, her innovative use of language and form, and her blend of Chinese dialects, folk lore and myth, queer joy, and immigrant family tales all make this short story collection inspiring.

3) Namwali Serpell’s The Furrows: this novel is breathtaking. It’s an exploration of the psychological effects of grief. Partially set in San Francisco. I will say no more! Its marvels should be discovered by each reader.

4) Marie Myung-Ok Lee’s novel The Evening Hero has all the elements I love: an Asian American family in the Midwest, family secrets, and a serious indictment of the American healthcare system.

5) Linea Nigra, a long lyric essay by Jazmina Berrera (translated from the Spanish by Christina MacSweeney). The mix of the personal and the political along with observations about Indigenous, Mexican, and U.S. women’s art were thrilling.

6) Plus I love to read literary journals so I’m always checking out what’s being published in ZYZZYVA, The Offing, Missouri Review, Ninth Letter, Gulf Coast, New England Review, Brevity, Ecotone, Shenandoah, Guernica, and so many others.

Location: It would be the first woman-owned feminist bookstore on the New Shanghai Mars Colony.

Name: Half the Sky (after Mao’s famous quote).

Bestseller: Chosen Family: A Memoir by Wu Anping. (You’ll have to read my story “The Nanny” to get the reference.)