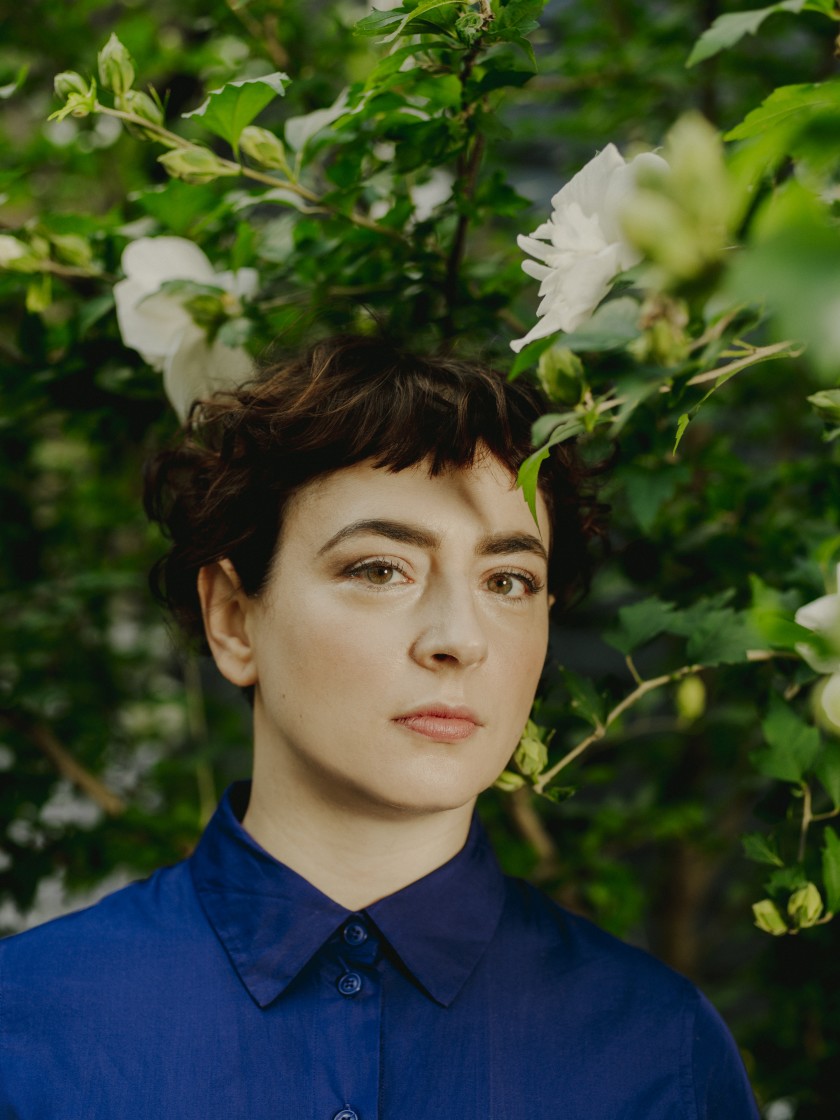 Kate Zambreno is the author of many acclaimed books, including Drifts (2020), Appendix Project (2019), Screen Tests (2019), Book of Mutter (2017), and Heroines (2012). Her writing has appeared in the Paris Review, Virginia Quarterly Review, and elsewhere. She teaches in the graduate nonfiction program at Columbia University and is the Strachan Donnelley Chair in Environmental Writing at Sarah Lawrence College. Her newest book is To Write As If Already Dead, published by Columbia University Press.

Kate Zambreno will be in conversation with T Fleischmann about her new book in our City Lights LIVE! virtual event series on Wednesday, June 30th, 2021.

I’m writing to you from the first floor of the Victorian house we have rented in Ditmas Park, Brooklyn, for nearly a decade. We haven’t left this entire year. I am on the couch at the end of a long day. There’s an early evening light coming in through the front window, my dog Genet is vigilantly expecting dinner, my four-year-old is tearing around outback, while her baby sister and her father watch.

Going to Prospect Park regularly this year—even in January and February—and watching my daughter run around, and make mudpies, and make forts and strange tree sculptures by dragging around fallen branches, sticks, rocks, and logs.

I am writing the introduction to the Portuguese writer Maria Judite de Carvalho’s novel, Empty Wardrobes, translated by Margaret Jull Costa, and published by Two Lines Press, so I’m thinking through that work of interiority and domestic spaces and oppression and grief.

I just finished being in conversation with Cristina Rivera Garza at Sarah Lawrence College, where I teach, and a work that Rivera Garza kept mentioning in conversation with her newest essay collection Grieving: Dispatches from a Wounded Country (translated by Sarah Booker and published by Feminist Press) is Christina Sharpe’s In the Wake: On Blackness and Being (Duke University Press), so that’s up next.

I’m reading everything I can get my hands on about Eva Hesse, including the diaries, for a novel I’m writing, Foam, that thinks through different traumas and textures, including soft sculpture.

For a class I teach at Sarah Lawrence, on writing and elegy and the anthropocene, I’m reading Anna Lowenhaupt Tsing’s The Mushroom at the End of the World: On the Possibility of Life in Capitalist Ruins (Princeton University Press). Hedi El-Kholti, my editor at Semiotext(e) is sending me Peter Sloterdijik’s Spheres trilogy in the mail, because I need to read a book called Foams! And so I’m looking forward to that. I also am looking forward to reading Mattilda Bernstein Sycamore’s The Freezer Door, and Aisha Sabatini Sloan’s Borealis.

The diptych structure of the book was inspired by reading Enrique Vila-Matas’s Because She Never Asked (published in translation by New Directions), which begins with the story written for the conceptual artist Sophie Calle to live out—the second half involves the Vila-Matas narrator writing the story. Vila-Matas is so ludic and conceptual and in love with literature and probably one of the writers that inspires me the most for the past two books (Drifts and the Guibert study). And Sophie Calle as well—the concept of a noirish or speculative essay like The Address Book—and in To Write As If Already Dead I think through Calle’s relationship with Hervé Guibert and how they fictionalized each other in their works. The photobooks of Moyra Davey, the relationship of her essays and diaristic works to her images, are incredibly important to me, like Burn the Diaries and Les Goddesses. Anne Carson, especially her talks and pieces collected in Float and her Short Talks. Bernhard and Sebald.

Of course, I should say the writing of Hervé Guibert, and that’s the right answer—the book in general was catalyzed by him, thinking through his whole project, the diary, the later illness works, his relationship to speed, to tone, to writing friendships. There’s also really interesting writing that’s channeling Guibert now—from Moyra Davey’s work, to Andrew Durbin’s novel Skyland, that Nightboat published.

So much of the first half of To Write As If Already Dead is a love letter to the community I formed online now a decade ago and whose writing I always feel in conversation with—my friends who are writers are often my favorite writers, and doing such tender and vital work, especially T. Fleischmann, who I’m delighted to be in conversation with at City Lights. I love them and their work and we have spoken to each other about Guibert for a while. Others like Sofia Samatar, and Danielle Dutton, who also runs Dorothy, a publishing project.

The book is dedicated to Bhanu Kapil, who I first met online a decade ago as we each wrote these unruly notebook projects on our blogs, and so much of the study feels like continuing the conversation we’ve been having the past few years, about how to write and survive under capitalism, on caretaking vs art. I think Bhanu is one of the most important and thrillingly playful and exciting writers alive.

I think it would be on Cortelyou Road in Ditmas Park, as we don’t have a bookstore here. It would be called Finger and Thumb – when my partner John Vincler and I always spoke about having a bookstore that’s what we wanted to call it, it’s from Beckett and seems to gesture to the eroticism of actual print. I’m imagining we would sell artists’ books and chapbooks (like Sarah McCarry’s Guillotine series), art presses, presses like Semiotext(e) and Dorothy and Two Lines and Fitzcarraldo and Nightboat and New Directions and Transit Books. I think that our bestseller would be Saidiya Hartman’s Wayward Lives, Beautiful Experiments: Intimate Histories of Riotous Black Girls, Troublesome Women and Queer Radicals, because it’s the book we often refer to amongst each other and urge on others to read, especially those interested in taking care in writing from research and archives, of what the archives have neglected, and the imaginative possibility of resurrecting the lives of others.