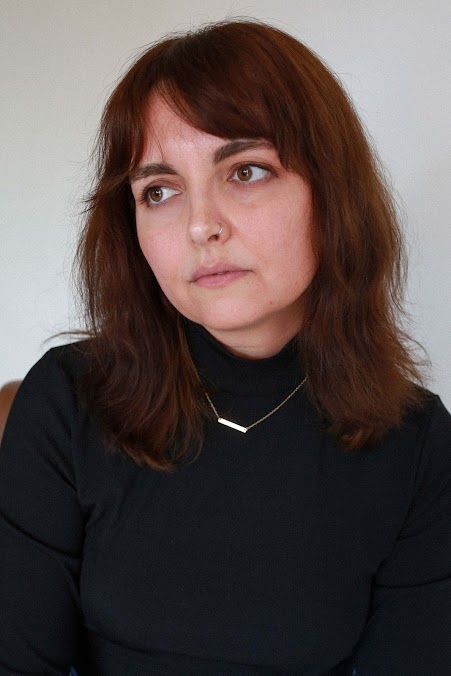 Kalani Pickhart is the recipient of research fellowships from the Virginia G. Piper Center and the U.S. Department of State Bureau of Intelligence for Eastern European and Eurasian Studies. I Will Die in a Foreign Land is her first novel, published by Two Dollar Radio.

She will be discussing her new book with Maria Kuznetsova as part of our City Lights LIVE! virtual event series on Monday, November 22, 2021!

Phoenix, AZ: Wearing pajamas on my couch after working a twelve-hour day at the office, and just fed my cat, Yaz. He got some tuna tonight.

A book club with some of my favorite gal pals. Also my cat. Have I mentioned my cat?

I’m reading Godshot by Chelsea Bieker, rereading The Blind Assassin by Margaret Atwood as a case study, and just finished Cultish: The Language of Fanaticism by Amanda Montell on audiobook.

I’ve read The Blind Assassin a few times now. I learn a lot from this book on putting together a narrative collage.

Specifically for I Will Die in a Foreign Land: Michael Ondaatje, Milan Kundera, DakhaBrakha, A Hawk and a Hacksaw, Igor Stravinsky, Taras Shevchenko.

Believe it or not I’ve thought about it! Maybe somewhere in New England cause I love it there. Or somewhere in the Southwest. Either way it would have to be inside an old chapel, just because I love chapels (think like There Will Be Blood). It would definitely have to be named Heretic Books. Best sellers would all be Banned Books.