5 Questions with John Elizabeth Stintzi, Author of My Volcano 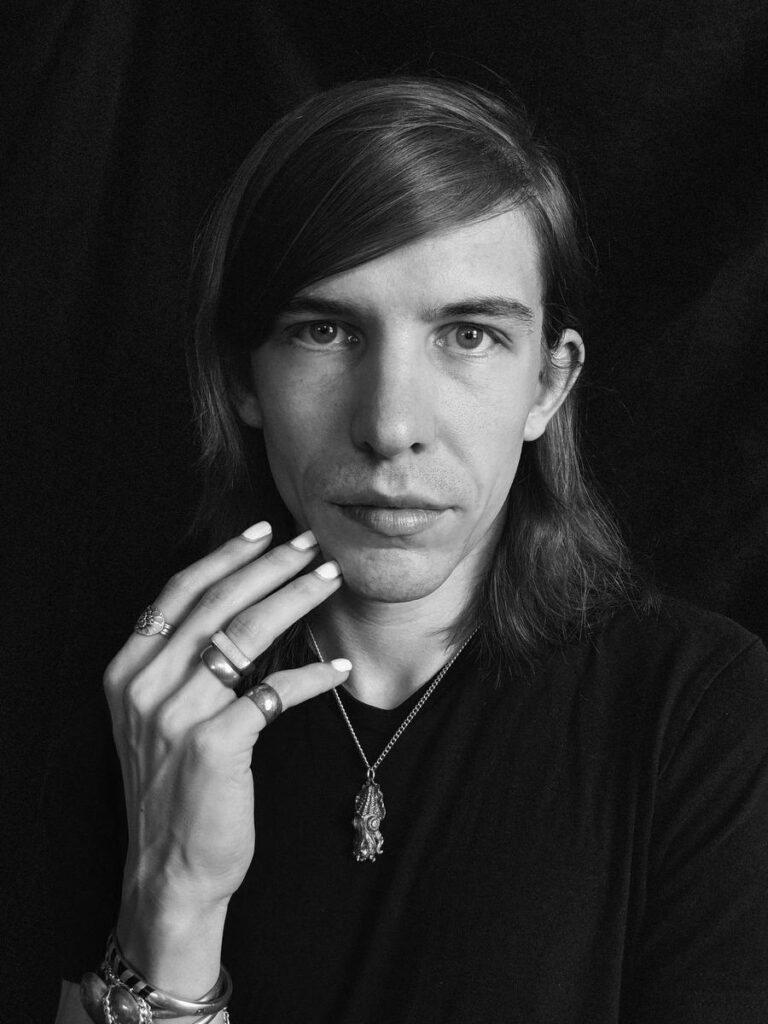 John Elizabeth Stintzi (JES) is a non-binary & trans novelist, poet, visual artist, editor, & teacher who was born and raised on a cattle farm in northwestern Ontario. Their writing has appeared in Ploughshares, Kenyon Review, Fiddlehead, The Malahat Review, Best Canadian Poetry, and many others. JES is the author of the novel Vanishing Monuments and the poetry collection Junebat. Their work has received support from the Canada Council for the Arts and The Watermill Center. They have received the RBC Bronwen Wallace Award for Emerging Writers from the Writers’ Trust of Canada and the inaugural Sator New Works award from Two Dollar Radio. Their new book is My Volcano, a novel, published by Two Dollar Radio.

JES will be reading from My Volcano in our City Lights LIVE! virtual event series on Wednesday, March 23rd, 2022.

I think just allowing myself to not feel too heavily the pressure to keep “producing,” which is really only partly due to the pandemic but more due to the learning experience of having published my first book(s), which just happened to be at the start of the lockdowns (do not recommend). Otherwise I think that just trying to be more generally kind to myself, and getting out of the house a little more when I can (safely), has helped me weather this time.

I also think getting back into visual art has been really great for me, mostly because it’s not something I think anyone but me really cares all that much about (at least not yet). It’s been nice to return to illustration this last year particularly, and to finally be chasing my old, first writing/artist dream of creating a graphic novel (even if it’s not the one that was bouncing around my head, driving circles in a hay field, when I was sixteen years old).

This is a hard question, but I think a lot of the classic “weird”/surrealist/”magical realist” writers I was introduced to in college really had an impact on me both broadly as well as regarding book specifically: particularly Nikolai Gogol, Gabriel García Márquez, and Franz Kafka.

For My Volcano, a book like Green Grass, Running Water by Thomas King was pretty important to some of the mythic tone, the intense and amazing works by playwright Sarah Kane (particularly Blasted and Cleansed), and I suppose I have to give some credit to Renata Adler’s Speedboat, which I really didn’t like when I was exposed to it in grad school (I’ve not returned to give it another try) but to which a creative response to that book got me to write the first seed of what became My Volcano.

But really, this question is so hard for me, because I feel like a parrot who’s been passed between many different homes throughout their life: I can’t recall which phrases I learned where. One last writer I’ll shout out is Karen Tei Yamashita, who I read after having written this book, but whose work (particularly Through the Arc of the Rainforest) is about the closest thing I can point to that is close to My Volcano that I’ve read, and who has been inspiring me these last few years. Also there’s more Beckett in my bones than I can properly account for.

I’ve been almost exclusively reading graphic novels for the last year or so, since that’s what I’m working on most presently these days (and what I can trick my brain into ingesting). A selected list of faves would be: both Upgrade Soul and BTTM FDRS by Ezra Claytan Daniels (the latter illustrated by the hugely talented Ben Passmore), Big Kids by Michael DeForge, Crawl Space by Jesse Jacobs, Boxers by Gene Luen Yang, Rob Davis’s Motherless Oven trilogy, the short manga series Our Dreams At Dusk by Yuhki Kamatani, and the manga series Berserk by the late Kentaro Miura (which is excellent but truly not for the faint of heart! You are hereby warned!). A few non-graphic faves of recent memory are the short-story collections A Dream of a Woman by Casey Plett and Sleepovers by Ashleigh Bryant Phillips.

It would be called “Skelly Belly’s Books” in a haunted building in (or near) a graveyard, and maybe would also sell pastries (which would probably be the best seller, alongside I Hotel by Karen Tei Yamashita). This is what the sign would look like:

Jokes aside (though I’d not be against opening such a store) if I opened a bookstore it would be whatever my wife wants it to be. She is the one that has very legitimate bookstore ambitions, which I am more than happy to take a more supportive role in.