5 Questions with Jody Gladding, Author of I entered without words 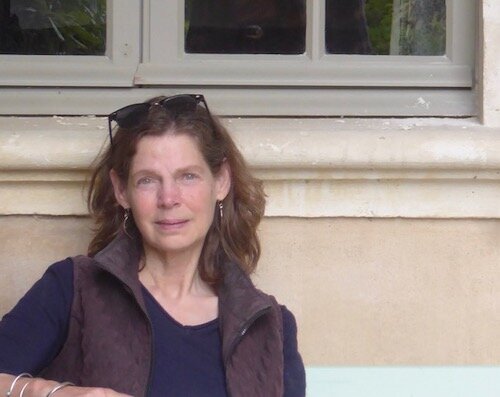 A poet and translator, Jody Gladding has published four full-length collections of poetry, and two letterpress edition chapbooks. Her work has been featured in Orion, Ecopoetics, Best American Experimental Writing, and Northern Woodlands. She has been awarded MacDowell and Stegner Fellowships, a Whiting Writers’ Award, and Yale Younger Poets Prize.

Jody Gladding’s most recent collection is I entered without words: Poems, published by Princeton University Press. Join us for a virtual conversation with Jody Gladding and Tawanda Mulalu on Thursday, September 15th, 2022, at 6PM PT.

From my home in East Calais, VT.

The summer, which has been clearer and cooler than usual here, unlike in most of the country/world. My garden, which is right now loaded with blueberries, cucumbers, basil. My various writing and translation projects. My new grandson.

Lydia Davis’s translation of Proust’s Swann’s Way, The Living Mountain by Nan Shepherd, The 1619 Project (Nikole Hannah-Jones), In Praise of Good Bookstores, by Jeff Deutsch. I would recommend all of these to others. If I could, I would make The 1619 Project required reading.

The bookstore I would open already exists! It’s located in Montpelier, VT, it’s called Bear Pond Books, and when I worked there around 1990, the bestsellers included Gabriel Garcia Marquez’s Love in the Time of Cholera and Bill McKibben’s The End of Nature.