5 Questions with Jacqueline D. Lipton, Author of Our Data, Ourselves: A Personal Guide to Digital Privacy 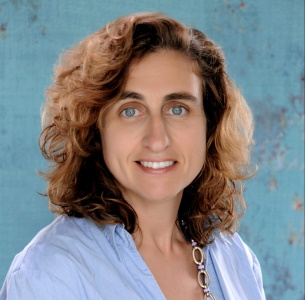 Cleveland, Ohio (but I grew up in Australia if you want to talk about kangaroos and koalas).

My family, quiet reading time, and I’ve recently started drawing and painting, which I find to be an unexpectedly meditative practice.

Because I come from the more academic side of writing, I’m influenced by scholarly traditions in both Australia and the United States. But what I try to do in my more recent writing is to lean into informal workshops and conversations about legal issues that impact people’s lives more generally, and retool my explanations and discussions to be (hopefully) more accessible to a broader audience.

With respect to this book in particular, I realized that there’s a lot of scholarship about privacy law, as well as a number of practical guides for corporate officers about how to comply with privacy regulations. However, there are few books about everyday privacy: the issues people face in their daily interactions with corporations, educational institutions, the healthcare system, and the government. I wanted to fill that gap and do my best to explain what privacy rights we do (and importantly don’t) have in this country, as compared to other countries.

I’m a very eclectic reader and enjoy everything from a good murder mystery to a romance with snappy dialog to a space opera or memoir. One of my (forthcoming November 2022) favorites is Torch by Lyn Miller-Lachmann. In full disclosure, she’s one of my clients in my life as a literary agent. This book, while set in what was then Czechoslovakia in the late 1960s/early 1970s has an unsettling resonance with contemporary life in too many countries where rights are scaled back and the government controls so many aspects of the citizens’ lives. It reads like a dystopia but is actually beautifully researched historical fiction.

Rita Williams-Garcia’s A Sitting in St James is also masterfully written and researched: an epic family story set in the south and dealing with race and class in 1860s Louisiana. Both of these books are billed as young adult but both resonate with readers of all ages.

Cherie Dimaline’s Marrow Thieves and its recent sequel, Hunting By Stars, is a dystopian version of the future told from the point of view of Indigenous people who are being rounded up by the government so their marrow can be used to treat a plague that only affects the white population.

I guess I have somewhat dark tastes! But I also love a good romance or murder mystery and would happily recommend anything by Emily Henry for a wonderful escapist romance or the hopeful dystopias by Emily St John Mandel. A newer romance writer whose work I really enjoy is Lily Chu, who has written some terrific romances set in and around Toronto.

Somewhere along the Sunshine Coast in Queensland (Australia), but as it was in the 1980s/1990s when it was much less developed. It could sell smoothies and iced coffee and be called something like “Read Inn.” One of my favorite bookstores in Australia is actually called “Readings” so I hope that wouldn’t cause a trademark issue!

I think my bestseller would be anything that captured readers’ imaginations and made them yearn for a hopeful future filled with collaboration and respect between people from different backgrounds—without trying to sell a gimmick or new lifestyle. This sounds very naïve of course but if anyone is writing that book, please send it my way. And if anyone has already written it, please send me a copy.