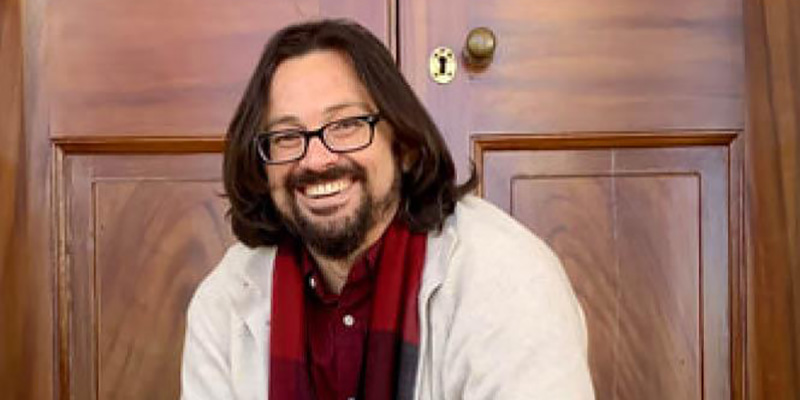 Gregory D. Smithers is professor of American history and Eminent Scholar at Virginia Commonwealth University and a British Academy Global Professor at the University of Hull in England. His research focuses on Cherokee and Southeastern Indigenous history, as well as gender, sexuality, racial, and environmental history. His books include Native Southerners: Indigenous History from Origins to Removal and The Cherokee Diaspora: An Indigenous History of Migration, Resettlement, and Identity. Follow him at gregorysmithers.com and on Twitter. His newest book is Reclaiming Two-Spirits:Sexuality, Spiritual Renewal & Sovereignty in Native America published by Beacon Press.

He will be discussing Reclaiming Two-Spirit, in conversation with Raven E. Heavy Runner, in our City Lights LIVE! virtual event series on Monday, May 23rd, 2022!

I’m writing from Richmond, Virginia, although I’ve made a lot of detours along the way. I’ve also called Sydney, Australia home, in addition to living in California, Ohio, Hawaii, Rhode Island, and Scotland, and England.

Writing. For me, sitting down to write, no matter how bad or stream-of-consciousness the writing is, helps me process my thoughts. In a sense, I think of writing as a form of meditation. Also, chocolate!

I admire so many writers. I’ve always been drawn to the simple yet incisive prose of J.M. Coetzee. He’s a master storyteller. I also love the writing of Caryl Phillips, Zadie Smith, David Grann, Louise Erdrich, and Tommy Orange. All of these writers are incredibly skilled at constructing worlds that you can’t help but get drawn into. At the same time, they’re all teachers; I never walk away from anything they write without learning something new about the human condition.

All that said, I have to admit that the two authors who’ve had the biggest influence on me and what I do are James Baldwin and Vine Deloria Jr. When I started reading their essays and books as a teenager it was like being struck by lightning. Their prose is powerful, and the lessons they committed to the printed page felt incredibly urgent to me. Come to think of it, their work has never felt more relevant.

I’m really enjoying Anne Hyde’s new book Born of Lakes and Plains: Mixed-Descent Peoples and the Making of the American West. Hyde’s such a good historian and a skilled writer. I love everything she writes.

If I opened a bookstore it’d be called the Longhouse. It’d be a place where people could buy used and new books, hang out and talk about ideas. I don’t know what the bestseller would be, but what the best, most influential book of all time would be a constant source of discussion!