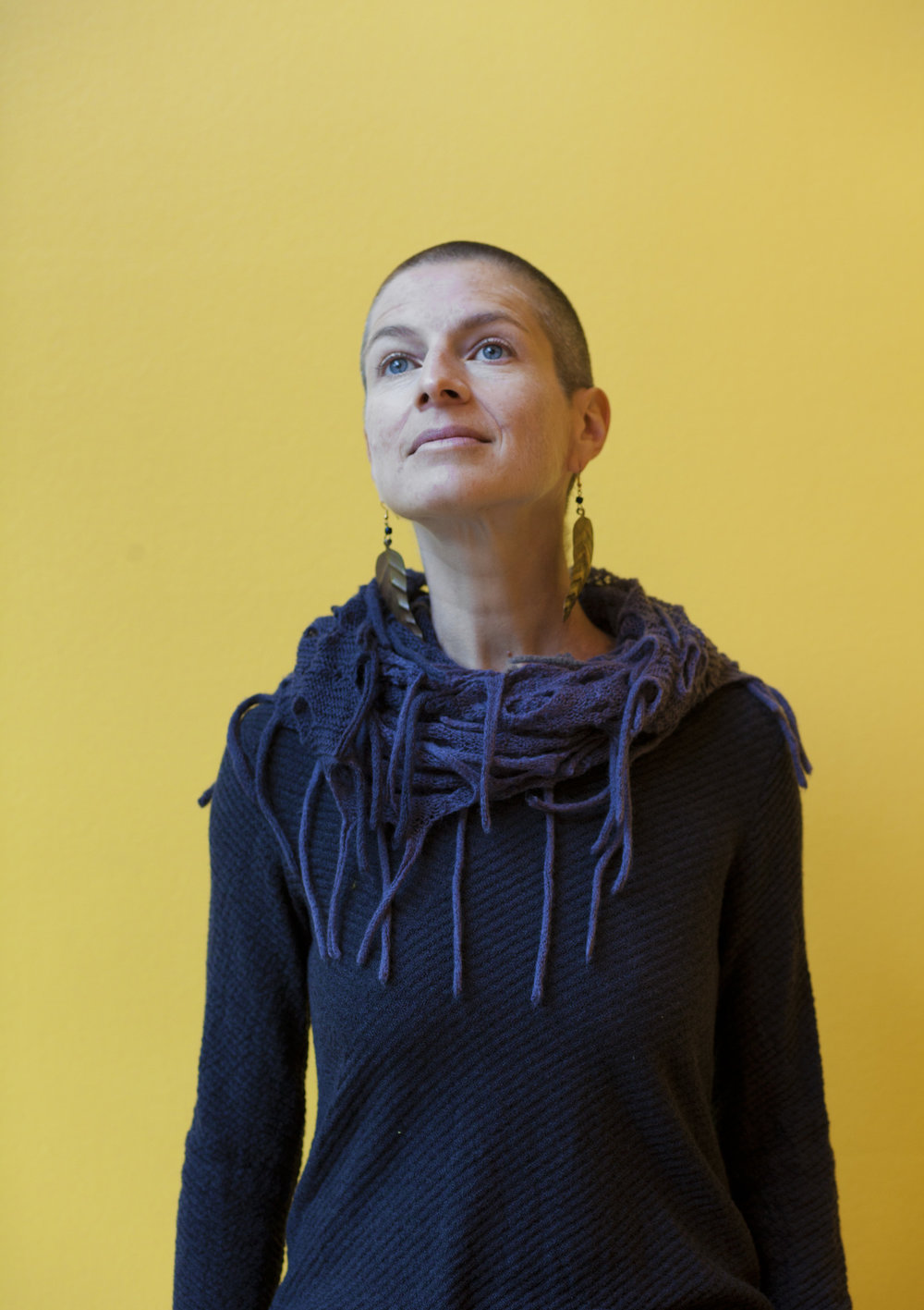 Anna Badkhen is an author, journalist, and war correspondent. She is the author of six previous books of nonfiction. She has received a Guggenheim Fellowship, a Barry Lopez Visiting Writer in Ethics and Community Fellowship, and a Joel R. Seldin Award from Psychologists for Social Responsibility for writing about civilians in war zones. She was born in the Soviet Union and is now an American citizen.

Anna will be at City Lights on Wednesday, November 16 at 6 pm to discuss her new book Bright Unbearable Reality: Essays with Tongo-Eisen Martin.

My community. Cooking for my closest Philly friends and their family once a week. I started doing this at the beginning of the pandemic as an excuse to regularly hug at least some of the people I love, since I live alone; we call it “family dinner.” (I also like feeding people; 2020 was also the year I made close to a hundred jars of jam and mailed it to friends all over the country.) Definitely the people I see on my daily routines—the Philly Cuts barbers hanging out on their stoop, the guys at Stan’s Tires on Market, my next-door neighbors Rose and Eric and Michelle, Anthony and LaMonika and their kids. The miracle that one of my children, the 25-year-old, lives merely a mile away. It’s such a rare gift, at a time we are all so far-flung. I know this proximity won’t last, so I treasure it. The other day they came over to my place for tea and we played backgammon. Such quiet normalcy is joy.

Also, I am rejoicing at the soft embrace of September—a kind of hesitant farewell that also feels like an easing-into something. (“Autumn eats its leaf out of my hand: we are friends.” Paul Celan in Pierre Joris’s translation brings joy—great poetry always does.)

I wrote the essays in this book over the period of almost five years; naming each of the artists who buoyed me during that span would require a separate book. But poets, always. Poetry is the most disciplined way of conveying the most important things. The title of the book is from Alice Oswald—in the preface to her book Memorial she translates the Greek word enargeia, “the word used when gods come to earth not in disguise but as themselves,” as “bright unbearable reality.” Robert Hayden, Anne Carson, W.S. Merwin, Jay Wright, Galway Kinnell, Dunya Mikhail, Jericho Brown, Ilya Kaminsky, Ishion Hutchinson, Ross Gay, lucille clifton, Layli Long Soldier, Eugenio Montale, Geoffrey Hill. Some of the thoughts in this essay collection I first shared with poets and philosophers and other friends with whom I am, or was, in regular correspondence. They are thoughts I first wrote as part of an email or a message. Zbigniew Herbert’s “The Envoy of Mr. Cogito,” which is quoted in one of the essays, has been my lodestar since my years as a war correspondent.

Many of the essays were born as conversations of other kinds, my responses to philosophic inquiry I have encountered in the work of other writers who contemplate community and violence and distance: W.G. Sebald, Gillian Rose, Teju Cole, Toni Morrison, John Berger. Anne Carson, again. In 2020 and early 2021, when the global anti-racist uprising held so much promise and neo-Fascist thugs dominated the political discourse in the United States, my adoptive country, I reread Maimonides and Gilgamesh and the Greeks and Simone Weil and Dietrich Bonhoeffer, I think because I had to remind myself that we humans have a long history of striving for morality and complexity of thought. And also, I think, because the predictability of something I had already read gave me something to hold on to.

Absolutely in love with Jamil Jan Kochai’s The Haunting of Hajji Hotak. I believe you have already hosted him at the store. Such candid devastation and unabashed tenderness and bittersweet delights! Kochai sets his stories inside the Afghan diaspora on both sides of the Atlantic, encouraging us to ask: What is the meaning of home? Who are our family? What is holding us together and in grace? How do we sustain hope despite the infernal violence we inflict upon one another? These are all the questions I am thinking about all the time.

I’m also in and out of Isaac Babel and Edith Pearlman and Tony Bambara and Borges, because I am working on a short story collection. I have been in and out of Borges and Babel since I was maybe twelve or thirteen—and still, each time I read them I see something completely unexpected. It’s like listening to Coltrane or Miles Davis: you think you know each note of each instrument by heart—but then the music begins.

How can we, writers, comfort or inspire or disturb if people cannot access our work? An extraordinary amount of people can’t read, for a variety of reasons; lack of literacy is only one. (UNESCO estimates that a billion people don’t know how to read.) But a lot of people do have cellphones, and they can—and do—download songs, videos, pictures. I dream of a virtual, pay-what-you-wish, multilingual bookstore/library that would sell or lend audiobooks to people who can listen to audio but cannot read with their eyes or their hands.

This bookstore-library will also encourage writers to write and publish in languages that currently don’t dominate the book market. Writing—and reading, or “reading”—in native languages is a vital step to decolonizing the world. I hope that each language has its own bestseller, or the book most in demand. I hope each language has ten! A hundred! This year, at the PEN Emergency World Congress of Writers, Valeria Luiselli suggested a global oral-history gathering project. I think these two projects can work in tandem. There would be writer-translators who would translate oral histories from Rarámuri into Serer, for example, oral histories Chukchi into Muskogee, and generate this gorgeous web of stories and storytelling, connecting us in this most intimate, most beautiful way.