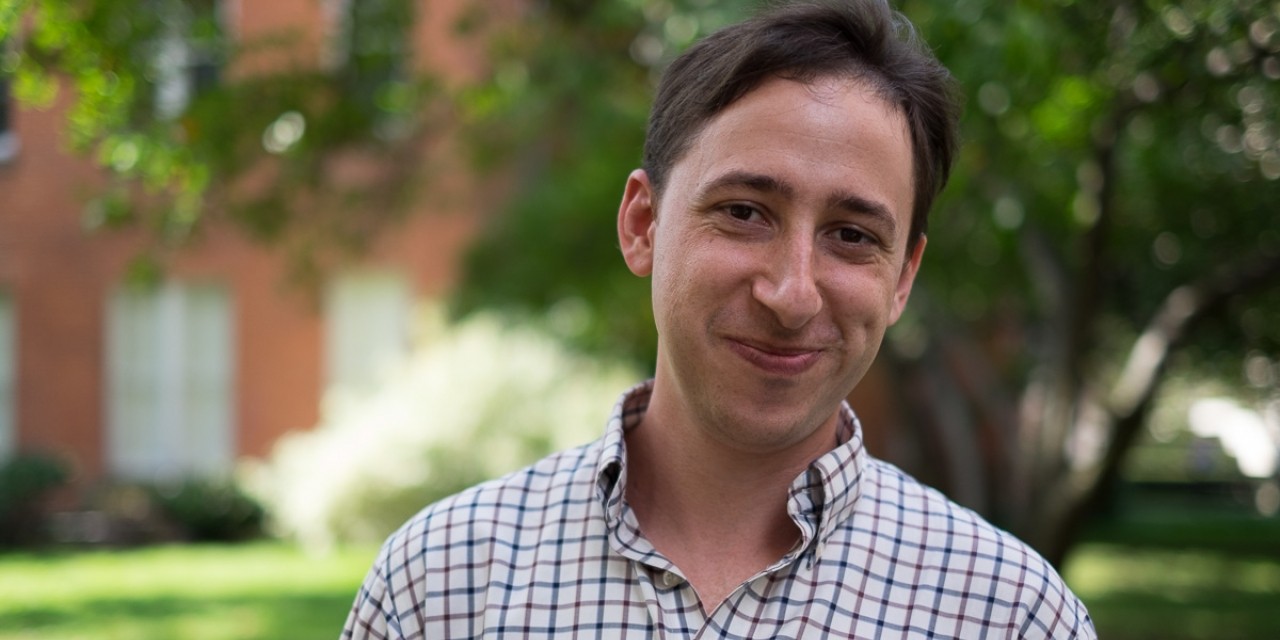 Aidan Levy is the author of Dirty Blvd.: The Life and Music of Lou Reed and editor of Patti Smith on Patti Smith: Interviews and Encounters. A former Leon Levy Center for Biography Fellow, his writing has appeared in The New York Times, The Village Voice, JazzTimes, The Nation and other publications. He has served as co-convener of the African American Studies Colloquium and works with the Center for Jazz Studies at at Columbia University. For ten years, he was the baritone saxophonist in the Stan Rubin Orchestra.

City Lights will be celebrating the release of Saxophone Colossus: The Life and Music of Sonny Rollins with a virtual conversation between Aidan Levy and Ammiel Alcalay on Wednesday, January 18, 2023 at 6:00 pm PST.

Lancaster, PA. I moved after more than a dozen years in NYC when my partner got a job here as an assistant professor. There was some initial culture shock always being five minutes from a cornfield, but it’s a cool little city with great food, and our kids love the green space, orchards, and dairy farms.

MSM Molecular Systematic Music, the 2022 live album by the James Brandon Lewis Quartet. I cook a lot, and we just put up a hanging spice rack above the stove. I used to fumble in a cabinet looking for cumin or something while the food sizzled, so this is a major improvement. I try to take a daily constitutional and just look at the trees, which are winning their hundred-year war with the sidewalk.

In the queue: Ain’t But a Few of Us: Black Music Writers Tell Their Story edited by Willard Jenkins, Bill Frisell, Beautiful Dreamer: The Guitarist Who Changed the Sound of American Music by Philip Watson, Holy Ghost: The Life and Death of Free Jazz Pioneer Albert Ayler by Richard Koloda, Sound Experiments: The Music of the AACM by Paul Steinbeck, and The Mandorla Letters: for the hopeful by Nicole Mitchell Gantt.

Most anticipated of 2023: Easily Slip into Another World: A Life in Music by Henry Threadgill and Brent Hayes Edwards. I’m preparing to teach a class on jazz and fiction this semester at Columbia, so I’m rereading texts by Ann Petry, Toni Morrison, Ralph Ellison, James Baldwin, Gayl Jones, Ishmael Reed, and others.

If I opened a bookstore, it would be called Swing Street Books and Music, located in Harlem on 133rd Street, the original “Swing Street.” The music side would be inspired by the Japanese jazz kissa, listening bars where audiophiles can savor limited-edition pressings on high-end sound systems and immerse themselves in the history of the music. Patrons could just listen, but the staff would also suggest good book pairings. We would serve baked goods, grilled cheese, tea, coffee, and the best chocolate babka. Regular events would highlight collaborations between writers and musicians, like Moten/López/Cleaver, the 2022 debut album by the improvising trio of Fred Moten, Brandon López, and Gerald Cleaver.

The store’s “bestseller” would be Ellison’s Invisible Man, but not in the conventional sense. Every year, we would give copies of the book to high school students in the neighborhood and hold events and performances for students to engage more deeply with the text, in addition to a public celebration at Ralph Ellison Memorial Park. A truly thriving community supports a thriving community bookstore, and in turn, the bookstore supports the community.