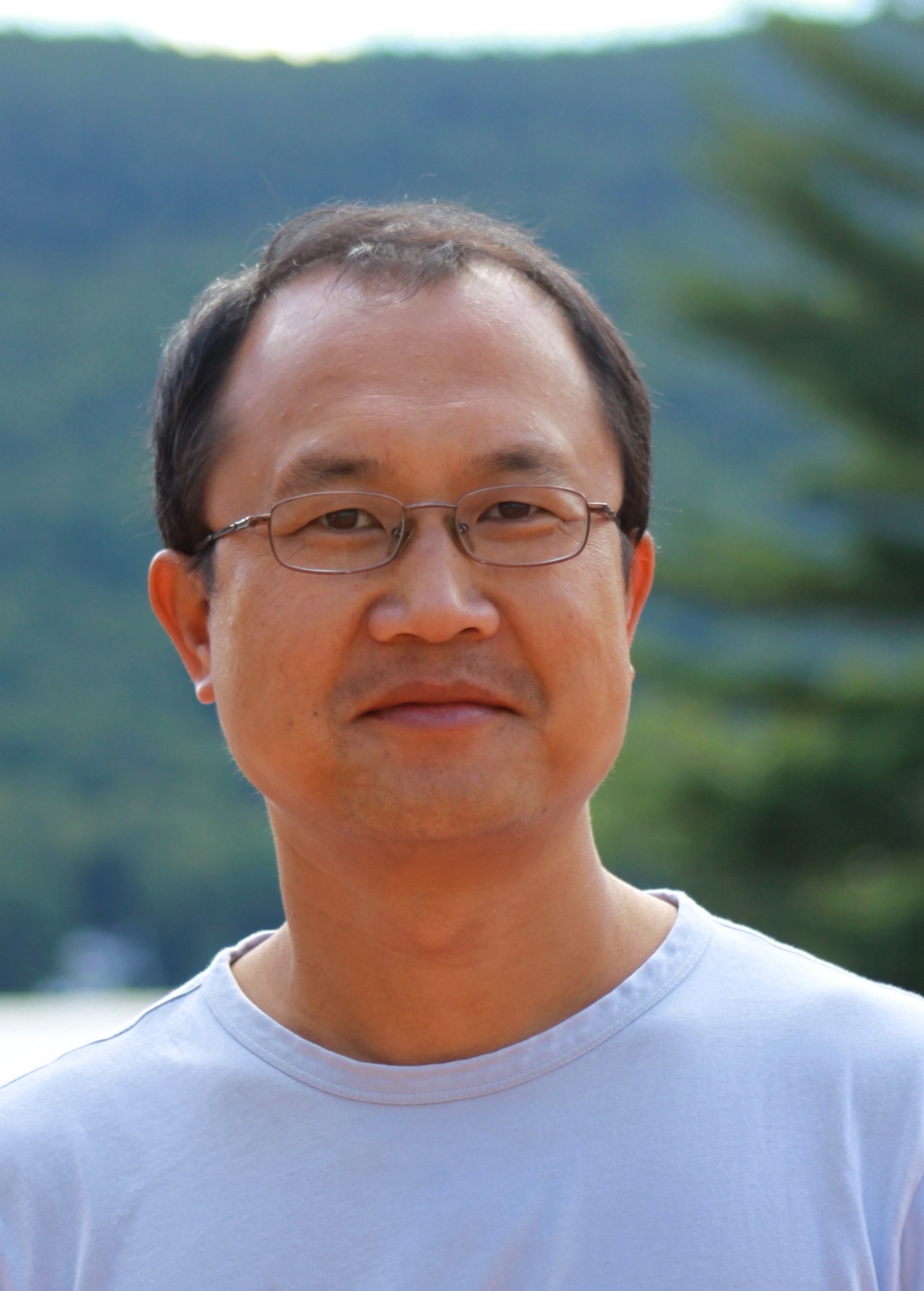 Yunte Huang is a professor of English at the University of California, Santa Barbara. He is the author of Transpacific Imaginations, Charlie Chan, and Inseparable. Huang has also received fellowships from the Society for the Humanities and the Guggenheim Foundation.

City Lights will be hosting Yunte on Tuesday, December 6 at 6 pm PST to celebrate the release of his newest book Chinese Whispers: Toward a Transpacific Poetics, published by the University of Chicago Press.

A humdinger commonly known as the “American Riviera”—Santa Barbara, California.

It’s off-season right now for fava beans, my favorite food. But at our local farmers market, there is one farmer who happens to have planted the beans late this year and therefore continues to have them for sale every week (all the way till Thanksgiving, she told me). I usually buy 5 pounds from her each Saturday, and then I shell the beans and stir-fry a small portion in olive oil with green onion, garlic, black pepper, and a pinch of salt. Since I write almost every day, and writing, as you know, is hard and even torturing sometimes, these beans sustain me more than anything else, for they bring back my childhood memory of growing up in rural China, the smell of the soil, the taste of fresh beans…

As a writer, I live off the fat and lean of two genres: California mystery novels (Raymond Chandler and Ross Macdonald) and experimental poetry (Charles Bernstein and Susan Howe). In some ways, my new book Chinese Whispers is a mixture of the two: it’s a book about poetry and poetics, but the focus is this, ahem, inscrutable thing called “Chinese whispers,” the ever-elusive acoustic truth in a world of misinformation, Cold War propaganda, and mistranslation. And the book ends with a perfectly gibberish sound poem in Chinese about a man who eats ten lions that have mysteriously died.

I’m reading the multivolume set of what is known in English as Records of the Grand Historian, by Sima Qian (c. 145-86 B.C.), and I wouldn’t recommend them to anyone unless you know classical Chinese. I’m attracted by the laconic impulse of classical Chinese and the “just the facts, ma’am” method of representing historical events. Of course, that style of writing was caused mainly by material necessity—prior to the adoption of ink and paper, when you have to carve words laboriously into bamboo strips, I guess you’re not going to be gushing like a society page. I’m also interested in the fact that many passages one reads in such books turn out to be unreliable—either the original author relied on hearsay or later, editors changed them. Living in an age of social media and disinformation, I find these old Chinese history books rather fascinating because they train a reader not to trust what one reads—not in a way, say, a diehard Trumper turns a blind eye to facts printed in black and white, but in a more critical way of trying to compare the versions of “facts”—Chinese whispers, if you will—in order to figure out which one might be closer to truth.

It’d be located next to Peking University, my alma mater, and the bookstore would be called “Plum Blossom Pavilion.” I know it may sound like a place of ill repute, but I actually came close to running it: When I was graduating from Peking University in 1991, I had to choose between going to America or staying in China for a job assigned by the government (all jobs were assigned by the government in those days for college graduates, unless you want to run a butcher shop or chop-suey joint, which in the public eye would make you a beatnik). Since I had already decided to go to America, I had to give up my chance of getting an assigned job. It was actually a risky decision, because it was very difficult to get a student visa to come to the U.S. So my Plan B was to open a bookstore next to the campus, selling poetry books and plum wine—a particular kind my folks in southern China would make: You soak plums in strong rice wine. After a month or so, the alcohol goes into the plum, and the juice goes into the wine. You won’t get drunk so easily from the wine but will quickly when you eat the plum. If I had indeed opened that bookshop, I guess my bestsellers would be Li Po, Ezra Pound, and my plum wine.

5 Questions with Peter Turchi, Author of (Don’t) Stop Me if You’ve Heard This Before (and Other Essays on Writing Fiction)