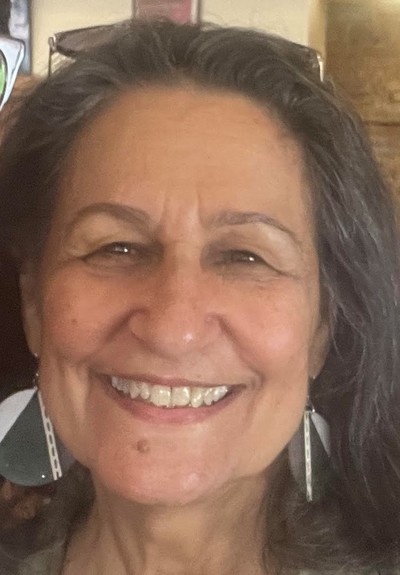 Helen Shiller, raised by migrant Jewish parents, was radicalized by the anti-war and civil rights movements. Shiller was in a collective of whites aligned with the Black Panther Party in Chicago. Beginning in 1987, Shiller was a radical Chicago alderperson for 24 years.

City Lights will be hosting Helen in conversation with Achy Obejas on Thursday, December 15 at 6 pm PST to celebrate the release of her new book Daring to Struggle, Daring to Win: Five Decades of Resistance in Chicago’s Uptown Community, published by Haymarket Books.

How did you get your start as an activist?

The simple answer is in the anti-Vietnam war movement while in college. But it is more complicated than that. My father first talked to me about fascism during the McCarthy-inspired congressional hearings targeting the U.S. Army for harboring communists. It was 1954. I was 6 years old. The first chapter book I read was Freedom Road by Howard Fast. It was about the undermining of Reconstruction after the Civil War. I attended a small progressive high school in Vermont where many of my assumptions were challenged during major historic events that proved the inevitability of change. Civil rights demands and the reality of anti-Semitism often entered our dinner table discussions throughout my youth. Maybe my activism was inevitable.

It is difficult to organize without access to information that can be shared in a relatable manner. Every organizing effort I have been involved in required some form of communication. For many years, this took the form of visuals and the written word. Since I can remember, I have been involved in the design and then the writing of leaflets, magazines and newsletters.

But finding my voice has taken time. As a child growing up with three brothers, I had to struggle to have my voice heard. As a young woman in every facet of my life, I had to find my way while navigating low expectations and low self-esteem. As an adult, repeating to myself several mantras helped me navigate attempts to diminish or devalue my worth: No question is a stupid question. Speak from your heart. Get at the truth of the matter. Don’t be side tracked.

Describe your journey into politics. What are the achievements you are most proud of?

In my early twenties, electoral politics was not high on my agenda as I envisioned the path I was on to change the world. Then I came to Chicago. The first time I canvassed was in Uptown. Going door to door about some issue, I ended up talking to virtually everyone I saw about their housing. The conditions people were living in were unsafe, atrocious actually. So that’s what I ended up mostly talking about. These were good discussions. I was anxious to further the conversation when I returned a week later. But door after door went unanswered. Most were afraid to talk to me. It seems the Democratic party machine precinct captain had followed behind me threatening one person after another not to talk to me again. This was not just my experience.

It was obvious, if you’re going to organize in Chicago you can’t ignore politics. We were involved in several campaigns in the 1970s including ones that I ran and lost. I hated politics but when Harold Washington (Chicago’s first Black and very progressive mayor who faced a racist opposition in his first term) asked me to run to give him a city council majority, I couldn’t say no.

I’m most proud of the small stuff. What I have learned in the almost 12 years since leaving the city council is that most victories are illusory; that not only are things constantly changing but the direction of that change is not a given. There are many things I could list as accomplishments but how many are long lasting? I can’t be sure. In many cases it was the small victories that actually changed individual lives and the quality of their lives that were the most substantive. Policy victories seem ephemeral and uneven decades later. But beyond small substantive victories and big illusory wins, it is the story of what we did that shows the possibilities of what can be done when there is ongoing commitment to building a sea of energy and momentum to move our policy makers in a desired direction. Whether that is a forward looking (finding real solutions to real problems) or backward looking (turning back the gains made in inclusiveness and human rights that we have achieved since the founding of our nation) is up to us. I think I’m most proud of my contributions to building that forward-looking sea—even if at times we have lost the momentum.

How does your activism and your writing inform each other?

Daring to Struggle, Daring to Win is my first book. I wrote it out of frustration and in response to my father’s demand to “know fascism when it rears its head, name it and fight it.” We live in perilous times. After I left office and being in the constant day to day fight, I have seen our country go backwards, I have seen more and more harm to people, it is frightening. I could not just sit idly by. This is my vehicle, my way to use my voice in this next stage of my life.

How do you continue to push for change?

I spent many years, day and night, fighting the good fight. I have learned a great deal – mostly perspective but definitely much that can be useful to others. One thing I have learned is the value of balance in one’s life. We need community and creativity. Whatever our religious beliefs we get spiritual guidance from both. I share Pilates with a wonderful community of accomplished women in many fields of activism. I have taken up welding and have found a community to do so, learning, creating and enjoying every minute of it. And I share a deep concern for the future of our country, our democracy and our future (especially the future of our children and their children.) Pilates and Welding give me a balance I need to push for change. And now that I have written this book, and have an opportunity to discuss it and the lessons learned about helping to create movements for change by working with those on the wrong side of the power dynamic to solve real problems—that is what I intend to do for the immediate future. My hope is that I can play a role in spurring the conversations that beat back the current wave of impending fascism.

5 Questions with Peter Turchi, Author of (Don’t) Stop Me if You’ve Heard This Before (and Other Essays on Writing Fiction)