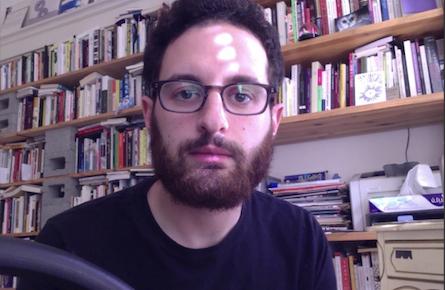 Daniel Levin Becker is a critic, editor, and translator from Chicago. An early contributing editor to the groundbreaking lyrics annotation site Rap Genius, he has written about music for The Believer, NPR, SF Weekly, and Dusted Magazine, among others. His first book, Many Subtle Channels: In Praise of Potential Literature (Harvard UP, 2012), recounts his induction into the French literary collective Oulipo, of which he became the youngest member in 2009. His published translations include Georges Perec's La Boutique Obscure (Melville House, 2013), Eduardo Berti's An Ideal Presence (Fern Books, 2021), and Serge Haroche’s The Science of Light (Odile Jacob, 2021); he is also co-translator and co-editor of All That Is Evident Is Suspect: Readings from the Oulipo 1963–2018 (McSweeney’s, 2018) and the editor of Dear McSweeney’s: Two Decades of Letters to the Editor from Writers, Readers, and the Occasional Bewildered Consumer (McSweeney’s, 2021). He is a founding editor of Fern Books, English editor for the French nonfiction publisher Odile Jacob, senior editor at McSweeney’s Publishing, and a longtime contributing editor to The Believer. He lives in Paris.